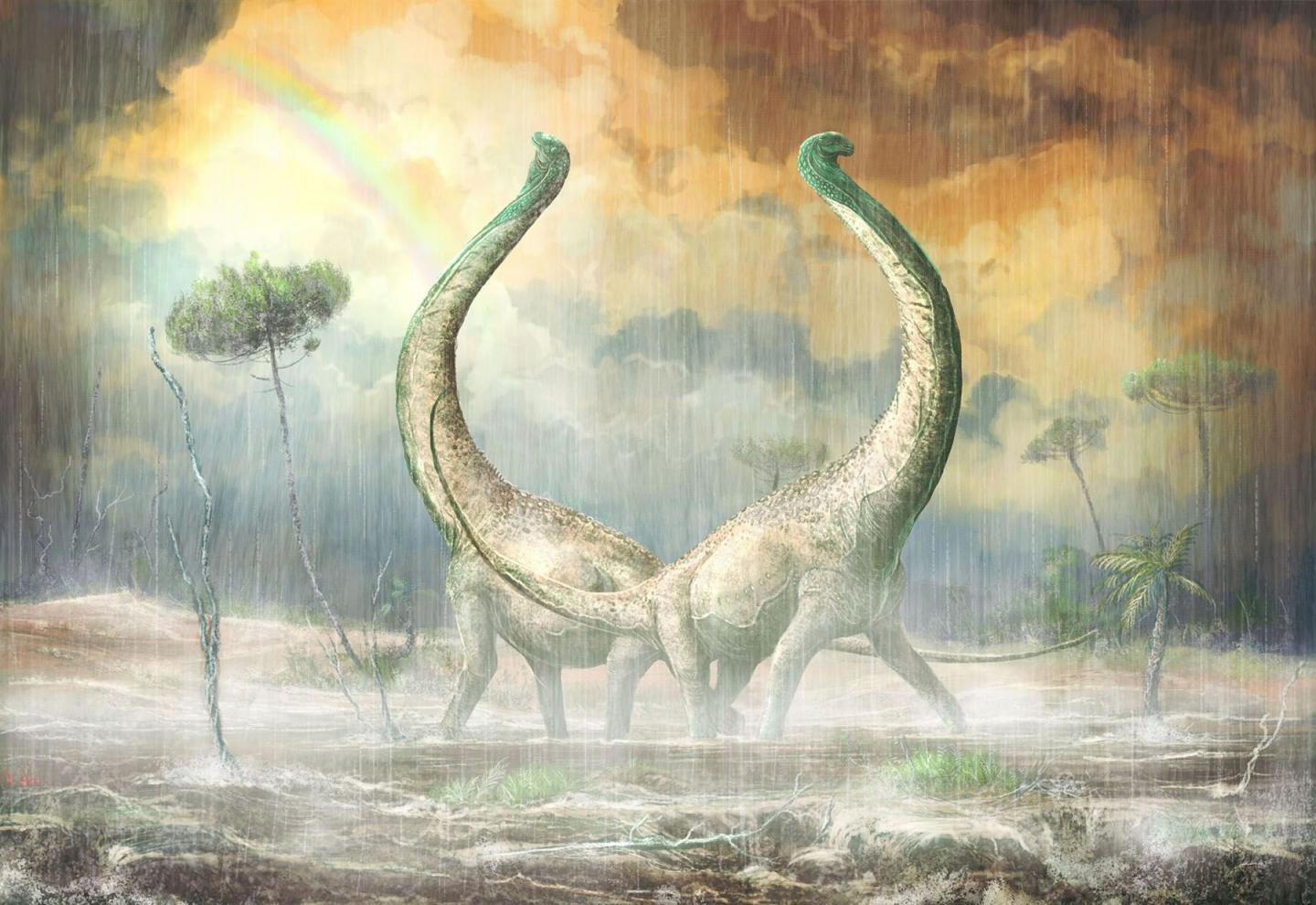 An exceptional sauropod dinosaur specimen from the middle Cretaceous of Tanzania represents a unique species and provides new insights into sauropod evolution, according to a study published February 13, 2019 in the open-access journal PLOS ONE by Eric Gorscak of Midwestern University, Illinois, and Patrick O’Connor of Ohio University, USA.

Titanosaurs were the most speciose and widespread group of sauropod dinosaurs, the largest terrestrial animals in Earth history. They reached their peak diversity in the Late Cretaceous after all other sauropod groups vanished, but their early evolution is poorly understood due to a scarcity of well-preserved titanosaur fossils from before the Late Cretaceous, especially outside of South America. In this study, the authors describe a newly-discovered middle Cretaceous titanosaur from southern Africa.

The researchers named the new dinosaur Mnyamawamtuka moyowamkia. It is known from a single specimen excavated from a quarry along the Mtuka River in southwest Tanzania. It is one of the more complete titanosaur specimens known especially from Africa, preserving partial remains of every major body region, including numerous vertebrae, ribs, limb bones, and teeth. Its scientific name derives from Kishwahili (Swahili) words meaning “beast of the Mtuka” and “heart of the tail,” referring respectively to the location it was found and to the uniquely heart-shaped centrum of its tail vertebrae.

Comparing Mnyamawamtuka to the known family tree of titanosaurs, the researchers conclude that this new species fits near the origin of a clade called Lithostrotia, which ultimately includes most Late Cretaceous titanosaur species. Mnyamawamtuka thus represents an early stage in the evolution of the greatest diversification of titanosaurs. This discovery also adds to evidence of a close relationship between the titanosaurs of southern Africa and South America, a link that was likely important in the evolution of Cretaceous ecosystems across southern continents.

Gorscak adds: “Although titanosaurs became one of the most successful dinosaur groups before the infamous mass extinction capping the Age of Dinosaurs, their early evolutionary history remains obscure, and Mnyamawamtuka helps tell those beginnings, especially for their African side of the story.”