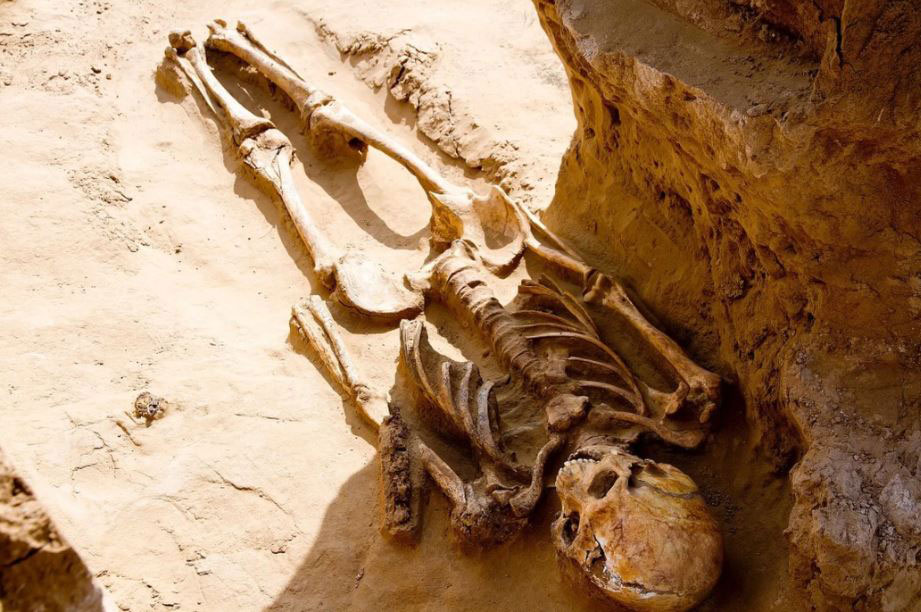 One of the three skeletons is seen here. Archaeologists don't yet know the gender and ages of the individuals buried in the kurgan. They also aren't sure how the individuals died so long ago. Photo Credit: Ministry of Culture and Tourism of the Astrakhan Region/Live Science.
News: Russia
A 2,500-year-old nomadic tribe has been found in Russia
The discovery of the kurgan was made by a farmer
by Archaeology Newsroom - Thursday, 23 May 2019