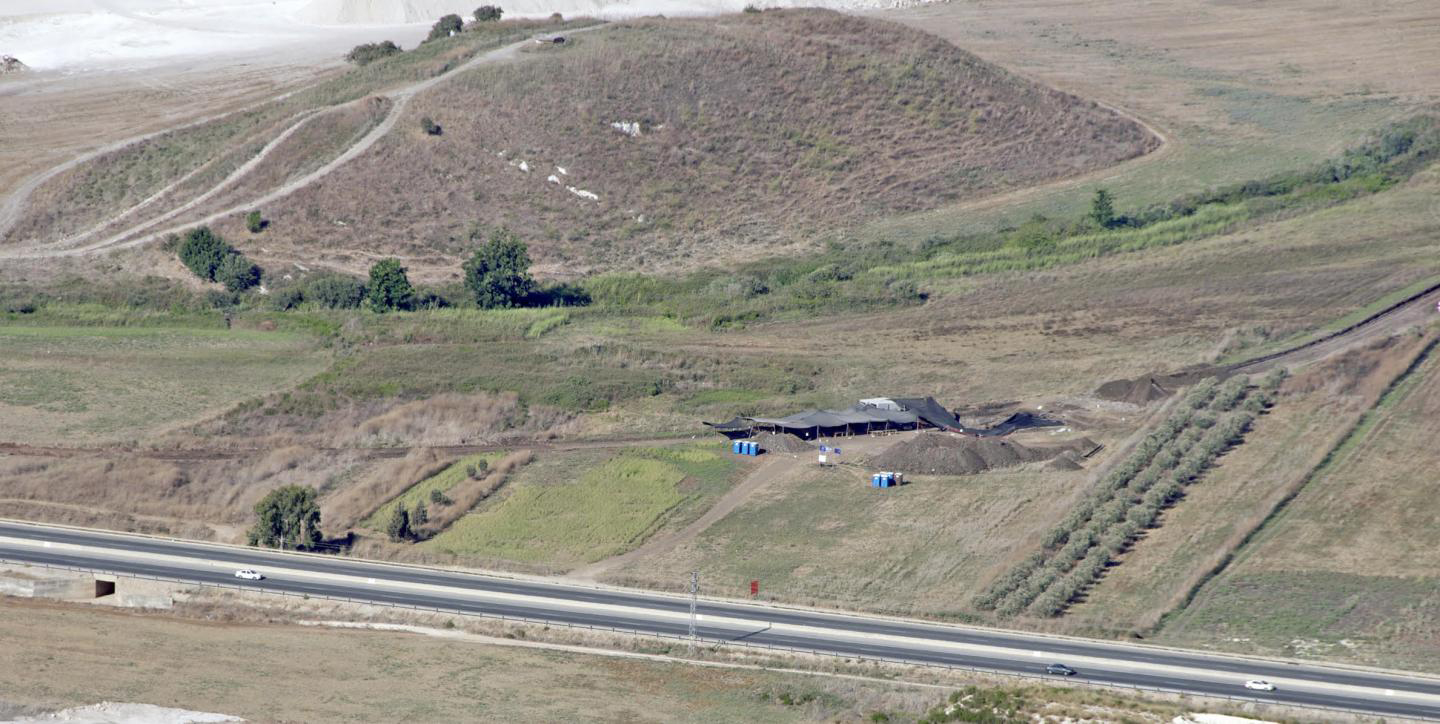 The archaeological site of 'Ein Qashish in northern Israel was a place of repeated Neanderthal occupation and use during the Middle Paleolithic, according to a study released June 26, 2019 in the open-access journal PLOS ONE by Ravid Ekshtain of the Hebrew University of Jerusalem and colleagues. Credit: Ekshtain, 2019
News: Israel
Neanderthals made repeated use of the ancient settlement of 'Ein Qashish
This site provides a rare opportunity to study long-term use of an open air settlement
by Archaeology Newsroom - Thursday, 27 June 2019

The archaeological site of ‘Ein Qashish in northern Israel was a place of repeated Neanderthal occupation and use during the Middle Paleolithic, according to a study released June 26, 2019 in the open-access journal PLOS ONE by Ravid Ekshtain of the Hebrew University of Jerusalem and colleagues.

In the Levant region of the Middle East, the main source of information on Middle Paleolithic human occupation comes from cave sites. Compared to open air settlements, sheltered sites like caves were easily recognized and often visited, and therefore are more likely to record long periods of occupation. The open-air site of ‘Ein Qashish in northern Israel, however, is unusual in having been inhabited over an extended prehistoric time period. This site provides a unique opportunity to explore an open-air locality across a large landscape and over a long period ranging between 71,000 and 54,000 years ago.

In a joint collaboration with the Israel Antiquities Authority Ekshtain and colleagues identified human skeletal remains in ‘Ein Qashish as Neanderthal and observed more than 12,000 artifacts from four different depositional units in the same location on the landscape. These units represent different instances of occupation during changing environmental conditions.

From modification of artifacts and animal bones at the site, the authors infer that the occupants were knapping tools, provisioning resources, and consuming animals on-site.

Whereas many open-air settlements are thought to be short-lived and chosen for specialized tasks, ‘Ein Qashish appears to be the site of repeated occupations each of which hosted a range of general activities, indicating a stable and consistent settlement system. The authors suggest that within a complex settlement system, open-air sites may have been more important for prehistoric humans than previously thought.

Ekshtain adds: “Ein Qashish is a 70-60 thousand years open-air site, with a series of stratified human occupations in a dynamic flood plain environment. The site stands out in the extensive excavated area and some unique finds for an open-air context, from which we deduce the diversity of human activities on the landscape. In contrast to other known open-air sites, the locality was not used for task-specific activities but rather served time and again as a habitation location. The stratigraphy, dates and finds from the site allow a reconstruction of a robust settlement system of the late Neanderthals in northern Israel slightly before their disappearance from the regional record, raising questions about the reasons for their disappearance and about their interactions with contemporaneous modern humans.”