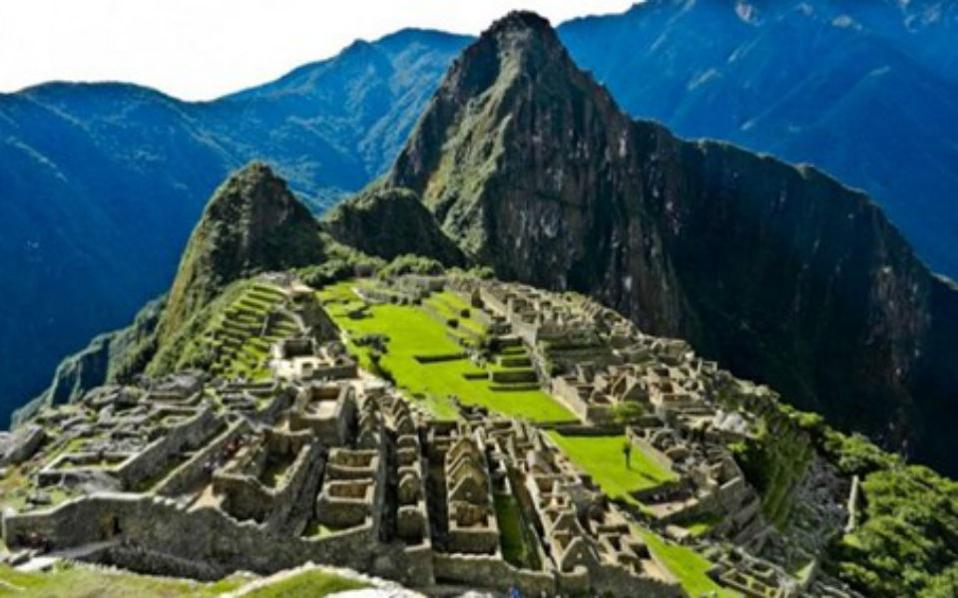 The ancient Incan sanctuary of Machu Picchu is considered one of humanity’s greatest architectural achievements.

Built in a remote Andean setting atop a narrow ridge high above a precipitous river canyon, the site is renowned for its perfect integration with the spectacular landscape. But the sanctuary’s location has long puzzled scientists: Why did the Incas build their masterpiece in such an inaccessible place? Research suggests the answer may be related to the geological faults that lie beneath the site.

On Monday, 23 Sept. 2019, at the GSA Annual meeting in Phoenix, Rualdo Menegat, a geologist at Brazil’s Federal University of Rio Grande do Sul, presented the results of a detailed geoarchaeological analysis that suggests the Incas intentionally built Machu Picchu — as well as some of their cities — in locations where tectonic faults meet. “Machu Pichu’s location is not a coincidence,” says Menegat. “It would be impossible to build such a site in the high mountains if the substrate was not fractured.”

Using a combination of satellite imagery and field measurements, Menegat mapped a dense web of intersecting fractures and faults beneath the UNESCO World Heritage Site. His analysis indicates these features vary widely in scale, from tiny fractures visible in individual stones to major, 175-kilometer-long lineaments that control the orientation of some of the region’s river valleys.

Menegat found that these faults and fractures occur in several sets, some of which correspond to the major fault zones responsible for uplifting the Central Andes Mountains during the past eight million years. Because some of these faults are oriented northeast-southwest and others trend northwest-southeast, they collectively create an “X” shape where they intersect beneath Machu Picchu.

Menegat’s mapping suggests that the sanctuary’s urban sectors and the surrounding agricultural fields, as well as individual buildings and stairs, are all oriented along the trends of these major faults. “The layout clearly reflects the fracture matrix underlying the site,” says Menegat. Other ancient Incan cities, including Ollantaytambo, Pisac, and Cusco, are also located at the intersection of faults, says Menegat. “Each is precisely the expression of the main directions of the site’s geological faults.”

Menegat’s results indicate the underlying fault-and-fracture network is as integral to Machu Picchu’s construction as its legendary stonework. This mortar-free masonry features stones so perfectly fitted together that it’s impossible to slide a credit card between them. As master stoneworkers, the Incas took advantage of the abundant building materials in the fault zone, says Menegat. “The intense fracturing there predisposed the rocks to breaking along these same planes of weakness, which greatly reduced the energy needed to carve them.”

In addition to helping shape individual stones, the fault network at Machu Picchu likely offered the Incas other advantages, according to Menegat. Chief among these was a ready source of water. “The area’s tectonic faults channeled meltwater and rainwater straight to the site,” he says. Construction of the sanctuary in such a high perch also had the benefit of isolating the site from avalanches and landslides, all-too-common hazards in this alpine environment, Menegat explains.

The faults and fractures underlying Machu Picchu also helped drain the site during the intense rainstorms prevalent in the region. “About two-thirds of the effort to build the sanctuary involved constructing subsurface drainages,” says Menegat. “The preexisting fractures aided this process and help account for its remarkable preservation,” he says. “Machu Picchu clearly shows us that the Incan civilization was an empire of fractured rocks.”