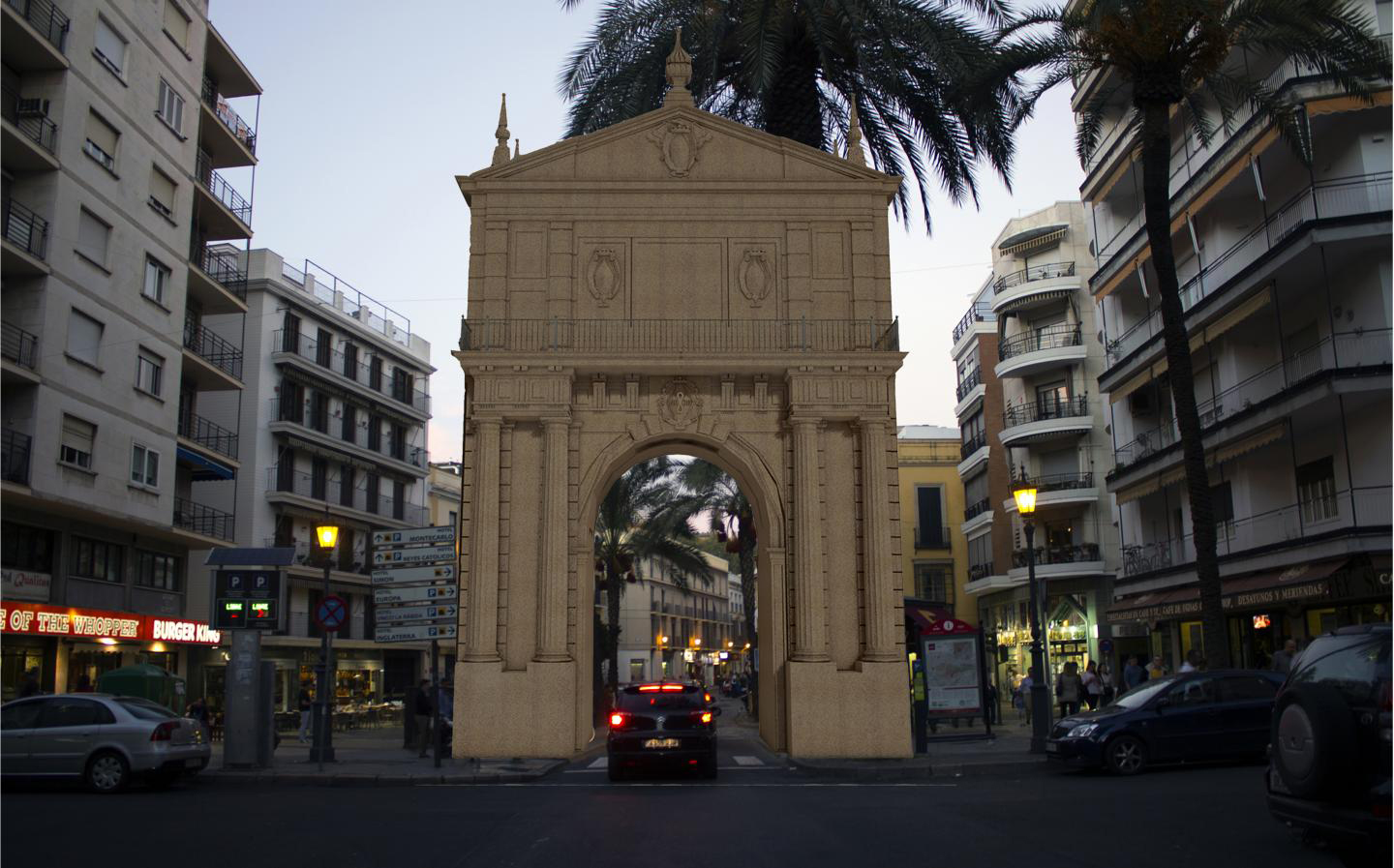 Architectural researchers from the University of Seville have published a scientific article that documents and graphically reconstructs Seville’s long vanished Puerta de Triana. This singular architectural work was found in the present-day Calle Reyes Catolicos and, from Islamic times, it connected the city with the district of Triana and with the Aljaraje. It was built in 1588 and demolished in 1868.

In the 16th century, after the discovery of America and the creation of the Casa de la Contratación (House of Trade), Seville enjoyed a period of great splendour as the main port to the New World. The Puerta de Triana had a careful architectural design and was an important symbol of a universal city, as it was situated next to the river Guadalquivir and to the port, which were the most important avenues of communication and trade at that time.

To know and to make known this architectural work, which is of such value to the heritage of the city, and which is lamentably lost, the team revised documentation and bibliographical material about its historic context and its design, which has been attributed to Hernán Ruiz II, among others, the architect who crowned the Giralda. Its urban setting was studied using images from the 16th to 19th centuries (engravings, plans and photos), and this showed its privileged position and architectural characteristics. Antonio Gámiz and Pedro Barrero, the two teachers who wrote the article, state that they used “metric data from localised archaeological remains, analysing the architectural composition, considering architectural treatises from the era and photographs from the 19 century that provided reliable details”.

The graphic recreations of this singular architectural work could pass from drawing to constructed reality. As the authors add, we have a virtual schematic recreation of the Puerta de Triana and a virtual model with its current urban setting which we hope will arouse interest and debate about lost heritage beyond the world of research and the university”.