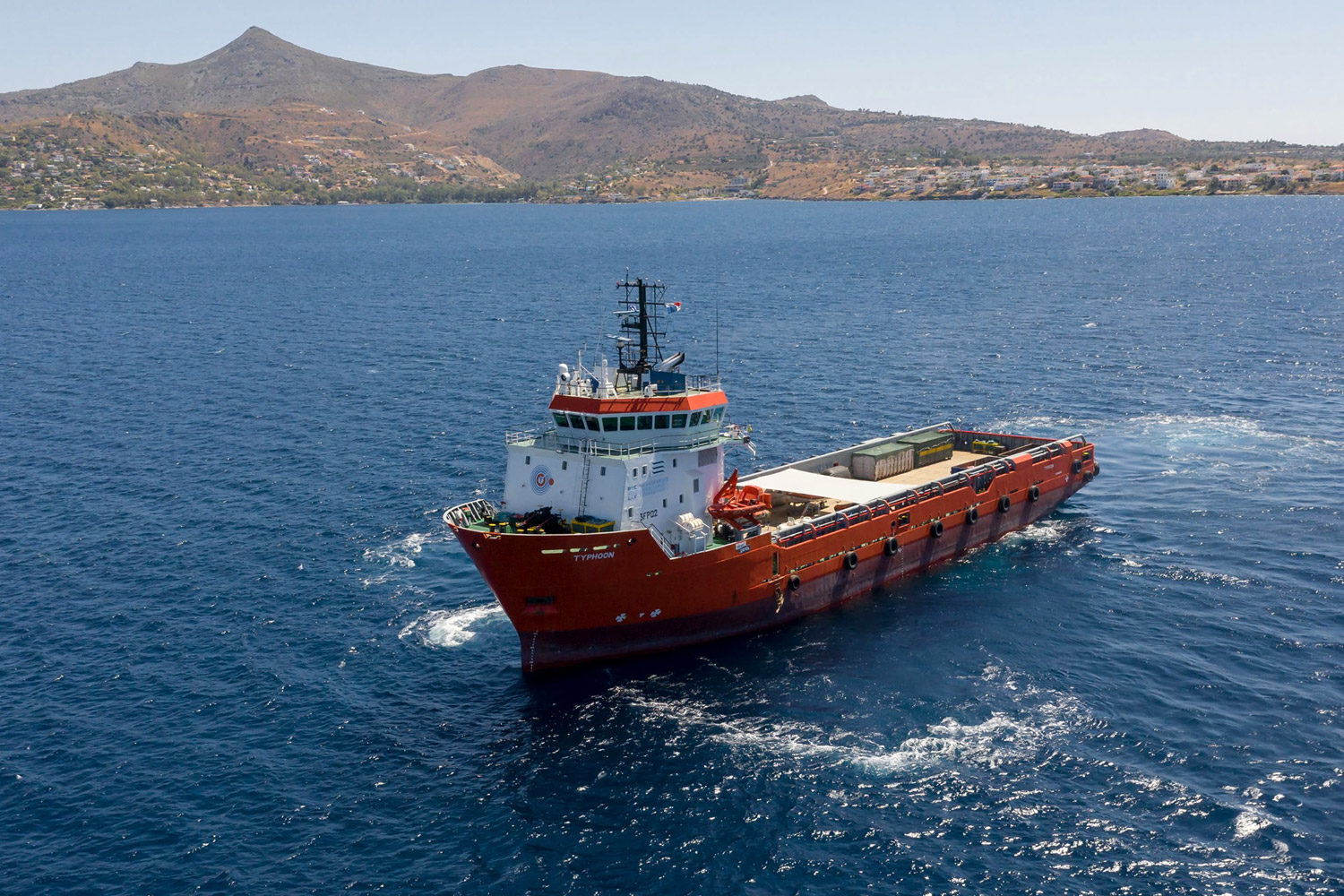 The “Typhoon” donated by the A.C. Laskaridis Charitable Foundation for purposes of research on the shipwreck.
News: Archaeology
Continuing research on the Antikythera Shipwreck
By an interdisciplinary team of Greeks
by Archaeology Newsroom - Tuesday, 8 October 2019

The merchant ship that sank off Antikythera in the middle of the 1st century BC, carrying a unique cargo, will again take “centre stage″ for archaeologists, so as to continue the research that has been interrupted after 2017. This has been announced in a statement by the Aikaterini Laskaridis Foundation, which underlines that it will again actively support research on the famous Antikythera Shipwreck.

“Long standing Research Director Angeliki Simosi, Head of the Ephorate of Antiquities of Euboea, is going ahead in the company of an excellent interdisciplinary team of Greeks, including  archaeologist scuba divers, dive technicians , filmmakers, as well as a team of four deep sea divers from the Underwater Missions Unit of the Greek Coast Guard″ says the announcement.

The aim of this greatly anticipated research, to be carried out in the next few days, is to bring up located antiquities, update the mapping of the archaeological site and assess the condition of the famous shipwreck, after two years of inactivity.

The A.C. Laskaridis Charitable Foundation will donate the boat “Typhoon” for purposes of this research. The “Typhoon” now adds another dimension to the entire research effort since, apart from its size, it has the ability to remain completely motionless above any part of the seabed, allowing the archaeologist divers to use a stable launching point exactly above the ancient shipwreck.

“This is the first time that scientific research in the field is a purely Greek enterprise, proving without doubt that as a country our abilities for marine research not only exists, but with proper synergy and good coordination, can be comparable, if not better than the respective abilities of foreign bodies”, concludes the announcement.

Once again this year, the archaeological expedition to the Antikythera shipwreck is supported by Hublot watchmakers and the Municipality of Kythera.