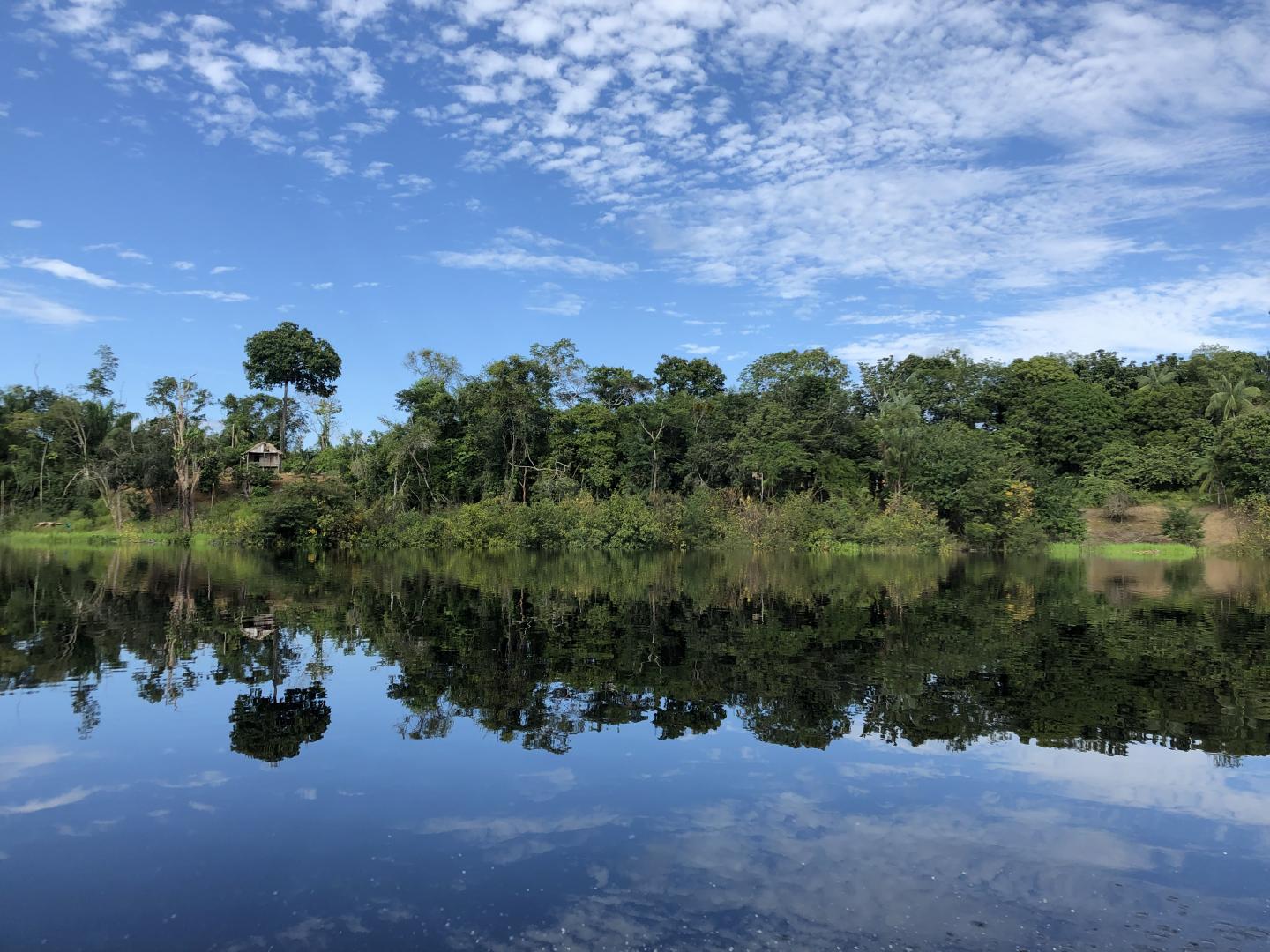 In a new article published in Trends in Plant Science, an international team of scientists presents the combined use of dendrochronology, radiocarbon dating and isotopic and genetic analysis as a means of investigating the effects of human activities on forest disturbances and the growth dynamics of tropical tree species. The study presents the potential applicability of these methods for investigating prehistoric, historical and industrial periods in tropical forests around the world and suggests that they have the potential to detect time-transgressive anthropogenic threats, insights that can inform and guide conservation priorities in these rapidly disappearing environments.

Tropical forests as centers of past human action

Tropical forests, long thought of as barriers to human migration, agricultural experimentation, and dense sedentary populations, have until recently been considered ‘Green Deserts’ in the context of past human activity. However, the last two decades have seen a wealth of research from various disciplines highlight extensive and diverse evidence of plant and animal domestication, including forest management, landscape alteration, and the deliberate translocation of wild taxa by ancient human societies – including the inhabitants of some of the largest pre-industrial cities on the face of the planet.

Western colonialism and the expansion of global capitalism resulted in new human impacts on these environments, with consumer decisions in Europe driving deforestation and tropical resource exploitation as they do to this day. Understanding how different societies, economic systems, and administrative organizations changed tropical forests is essential if we are to properly develop sustainable conservation policies.

Yet, high-resolution records of human impacts on tropical ecosystems are often difficult to come by. “Amazingly, this whole story has neglected some of the largest, most ancient witnesses tropical forests have to offer: their trees,” says Victor Caetano Andrade, lead author of the study at the Max Planck Institute for the Science of Human History. “Archaeological excavation and archaeobotanical analyses has led to great strides in our recognition of past human lives in the tropics, but the trees themselves standing next to the trench have things to say as well,” he continues.

The study of tree rings has been frequently used in temperate environments to create a picture of how changing climate and human activities have altered forests. However, such work has been limited in the tropics, due to perceptions that a lack of seasonality meant no rings would be visible. As the authors note, however, it has now been demonstrated that more than 200 tropical tree species form annual rings. This opens up a whole new avenue for the exploration of changing tropical forest conditions in the past.

Counting tree rings can, alongside radiocarbon dating, produce robust, high-resolution chronologies or ‘stratigraphies’ of the growth of an individual tree. A change in the size of growth rings identified across a number of trees in the same forest can provide an indicator of abrupt changes in environmental conditions. In addition, these rings can be sampled chemically to investigate how climate conditions changed over time and how such changes correlate with tree growth. Where no strong correlation between climate and growth is visible, the door opens to other potential explanations, chief among them being human activity.

As Victor Caetano Andrade puts it, “There are some species of special importance for humans, for example as food trees or trees used for a particular purpose. In these cases humans would be likely to undertake forest management practices, such as clearing the understory, opening up the forest, and actively protecting individual trees.” By contrast, other species may have been deliberately removed for use as construction material or to make way for settlement. Combining observations of tree growth with local historical and archaeological data allows scientists to look at the relationship between tree communities and past human societies and their economic practices.

DNA analysis of modern trees is commonly used by companies and foresters to select trees with economically desirable traits. However, modern genetic analysis, as well as analysis of preserved specimens, can reveal important insights into how populations of a given species have changed through space and time. Where relevant, this genetic analysis can be used to look at processes of domestication, including the selection for particular traits. The ability to associate patterns of genetic diversity for economically important trees with known archaeological records promises to reveal new insights into the settlement of tropical environments in the past.

The authors’ review shows that in many cases in Central and South America, maximum genetic diversity of these species is found in areas with intense pre-Columbian human occupation. However, in addition to investigations of the distant past, the present study also shows that sampling of modern trees such as mahogany can document changes in genetic diversity before and after logging episodes. The authors propose that, given the advance of full genome sequencing, applying such methods to ancient modern trees in a given forest may make it possible to genetically reconstruct past human clearance and management events – particularly where detailed historical and archaeological information is also available.

‘Tree Houses’ – Homes to new data and past human societies

While the majority of ecological study on the supposedly ‘pristine’ tropics has focused on how changes in forest structure and tree growth are linked to climate fluctuations and natural disturbances, the present research highlights centuries of human impact. As study co-author Dr. Patrick Roberts states, “The work evaluated here demonstrates two important findings: first, that human societies, from hunter-gatherers to urban dwellers, have played a significant role in tropical tree growth in the past; and second, that this role can be observed in trees that still stand today.”

Furthermore, as Victor Caetano Andrade continues, “Multidisciplinary approaches to ancient trees will enable us to look at how forest management changed in the tropics from pre-colonial to post-colonial scenarios, and from pre-industrial to 21st century threats. The resolution available is remarkable and will allow us to get a handle on the legacies of past activities, and how changing practices have placed new pressures on these highly threatened environments”. The authors conclude by arguing that it is essential that archaeologists and ecologists work together to preserve not just the natural benefits of tropical trees, but also the records of human cultural heritage and knowledge that span millennia stored within them.