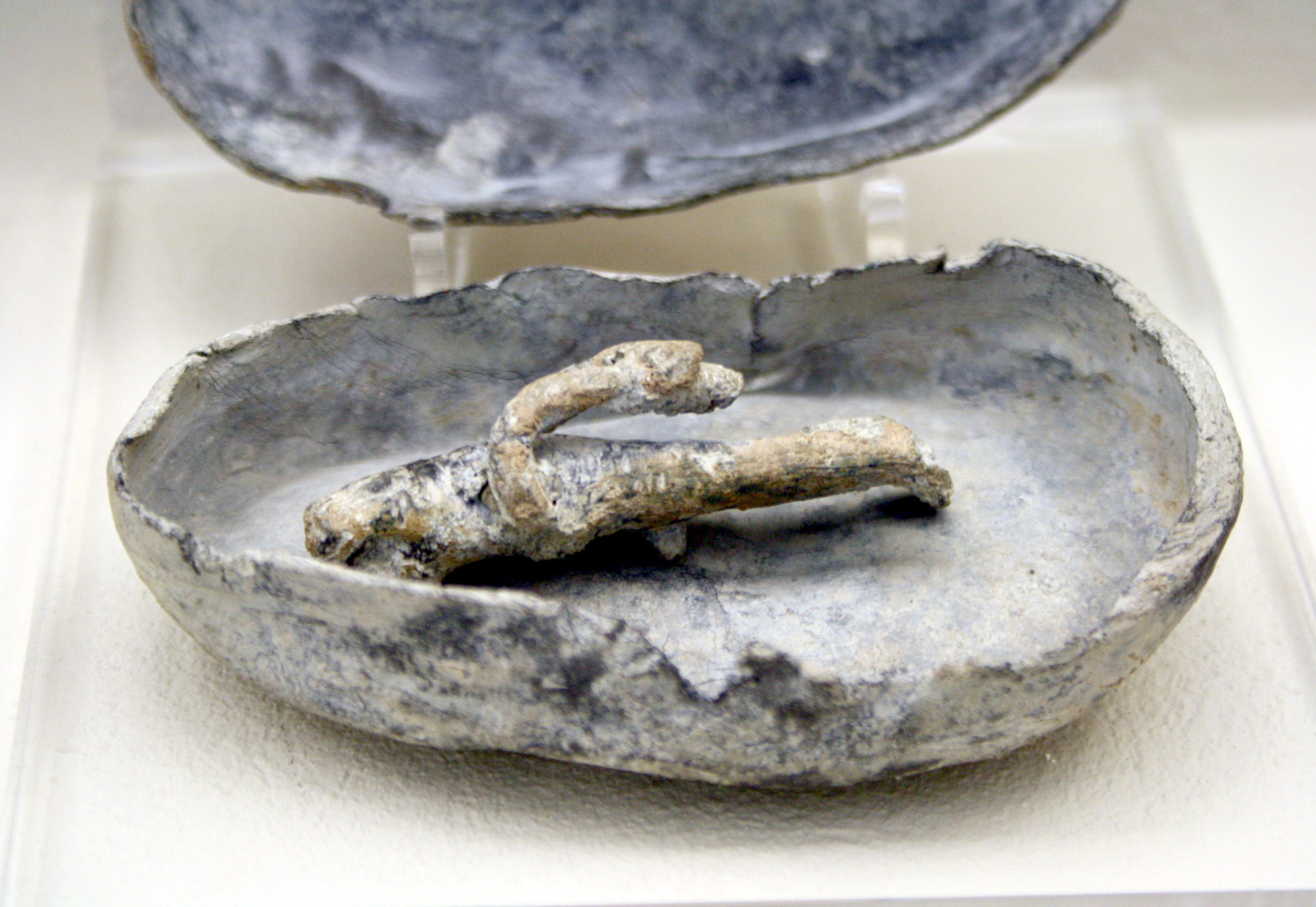 Magic curse against enemies in a trial, written on a lead figurine put in a lead box, found in the enclosure of Aristion, and dating from 420-410 BC. On display in Room 10 (devoted to the Late classical period) of the Kerameikos Archaeological Museum (Athens). Picture by Giovanni Dall'Orto, November 12 2009.
News: Greece
Kerameikos: Ancient curse tablets found inside a well
Ritual texts scratched on small lead objects
by Archaeology Newsroom - Monday, 10 February 2020

Texts are written on the tablets invoking the gods of the Underworld to inflict harm on other people. “The person who ordered a curse is never mentioned by name; only the ‘recipient’”, explains Dr Jutta Stroszeck of the German Archaeological Institute at Athens, who heads the Kerameikos research.

The well was first discovered in 2016, during an archaeological excavation to investigate the water supply of baths near Dipylon. The excavation had also brought to light numerous objects, including cups, containers for mixing wine, earthen candles, pots, coins and a wooden box.

The most exciting discovery however were probably the 30 “cursed” tablets, all made of lead, which would have contaminated the water. So-called “black magic” was not accepted at that time in ancient Athens and it was forbidden to write spells on the graves. This meant that anyone who wished to invoke a curse would have to find other methods of doing so.

According to Dr Jutta Stroszeck, one way was to throw tablets with curses into wells. “Water especially its drinking, was sacred In Greek religion, it was protected by the Nymphs who could become very hostile if someone did not treat their water with respect. To make the Nymphs happy, gifts were often thrown into the water. At that time, it was believed that water gave access to the Underworld  and so the latter could be ‘activated’ by throwing a curse into the well”, said the archaeologist speaking to the Israeli newspaper Haaretz.

Archaeologists argue that there were four basic reasons for putting a curse on someone: to win a lawsuit, to succeed in business, to win sports and for matters concerning love and hate.

Ancient Greeks usually hired “professionals” who wrote the curses, believing they had supernatural powers. By placing the tablet on a grave, they hoped that the curse would be carried to the Underworld by the souls of the deceased.