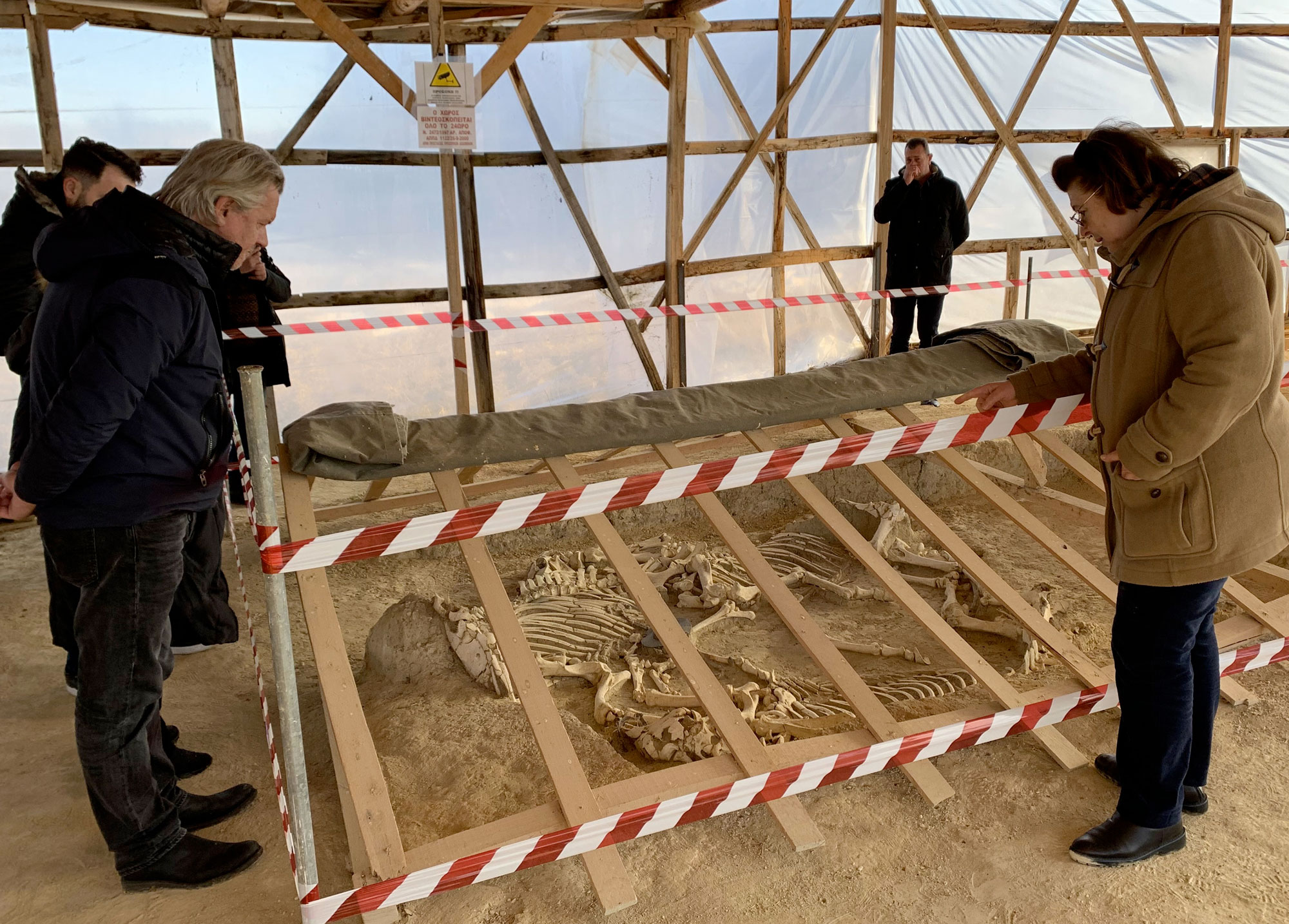 View of the excavation at Mikri Doxipara (photo: MOCAS)
News: Greece
Progress of cultural projects in East Macedonia and Thrace
Meeting chaired by the Minister of Culture and Sports
by Archaeology Newsroom - Friday, 14 February 2020