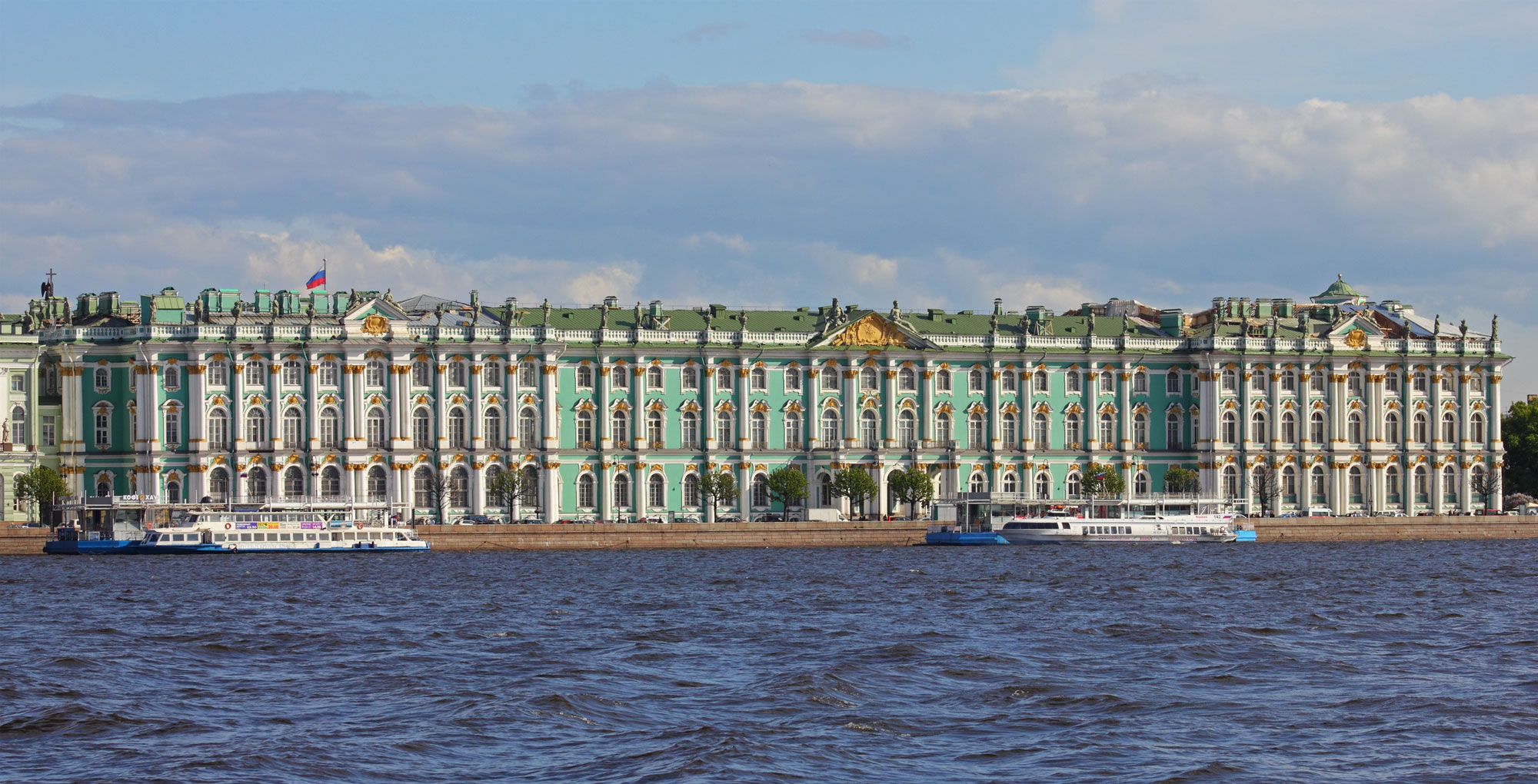 The Hermitage Museum (photo: Wikipedia)
News: Art
Five and a half hours at the Hermitage from home
A look at 45 galleries, 588 art works and much more
by Archaeology Newsroom - Tuesday, 24 March 2020

Now that travelling is being postponed due to the coronavirus pandemic, the world’s largest museums are offering online browsing options (the Amsterdam Rijksmuseum has recently been added to the growing list). By pure coincidence, the longest and most thorough tour in the virtual world-offered today to those who dutifully follow the “We Stay Indoors” caution- is that of the Hermitage Museum in St. Petersburg, Russia, perhaps the largest museum in the world regarding the area it covers and number of artworks: a tour lasting 5 hours, 19 minutes and 28 seconds !

A look at 45 galleries, 588 works of art – works by Rembrandt, Rubens and Caravaggio, among many greats –, live performances by Russian music composer Kirill Richter and dancers of the Hermitage Theatre and directed visits by art lovers to the museum. The filming is in one continuous take and brings to mind Alexander Sokhorov’s award-winning film “Russian Ark” (here also a single shot technique was used – i.e. without editing- though the version screened in cinemas was much shorter; only an hour and forty minutes).

“This video, for me, is about connecting through time,” said 29-year-old director Axinya Gog. “Art, which is timeless, meets modern life and cutting-edge technology,” added the director, who is not unfamiliar with the museum world (her mother was an art historian and curator of the famous Tretyakov Gallery in Moscow).

This wonderful entertainment for all of us patiently staying at home, contributing to the virus not spreading, was nevertheless not offered by the museum. It was an advertisement for the life expectancy of a battery of a well known smart phone. The video was shot with this model and using a sophisticated system of camera stabilizers and cranes scanning large spaces. An application was also created for the remote control operation of the mobile’s video. Advantage was taken of the six-hour license given by the museum on a Monday morning to shoot the video – which means there was no room for error – and when the shoot was completed it was found that the battery had run out by only 81%.

You can see the video here