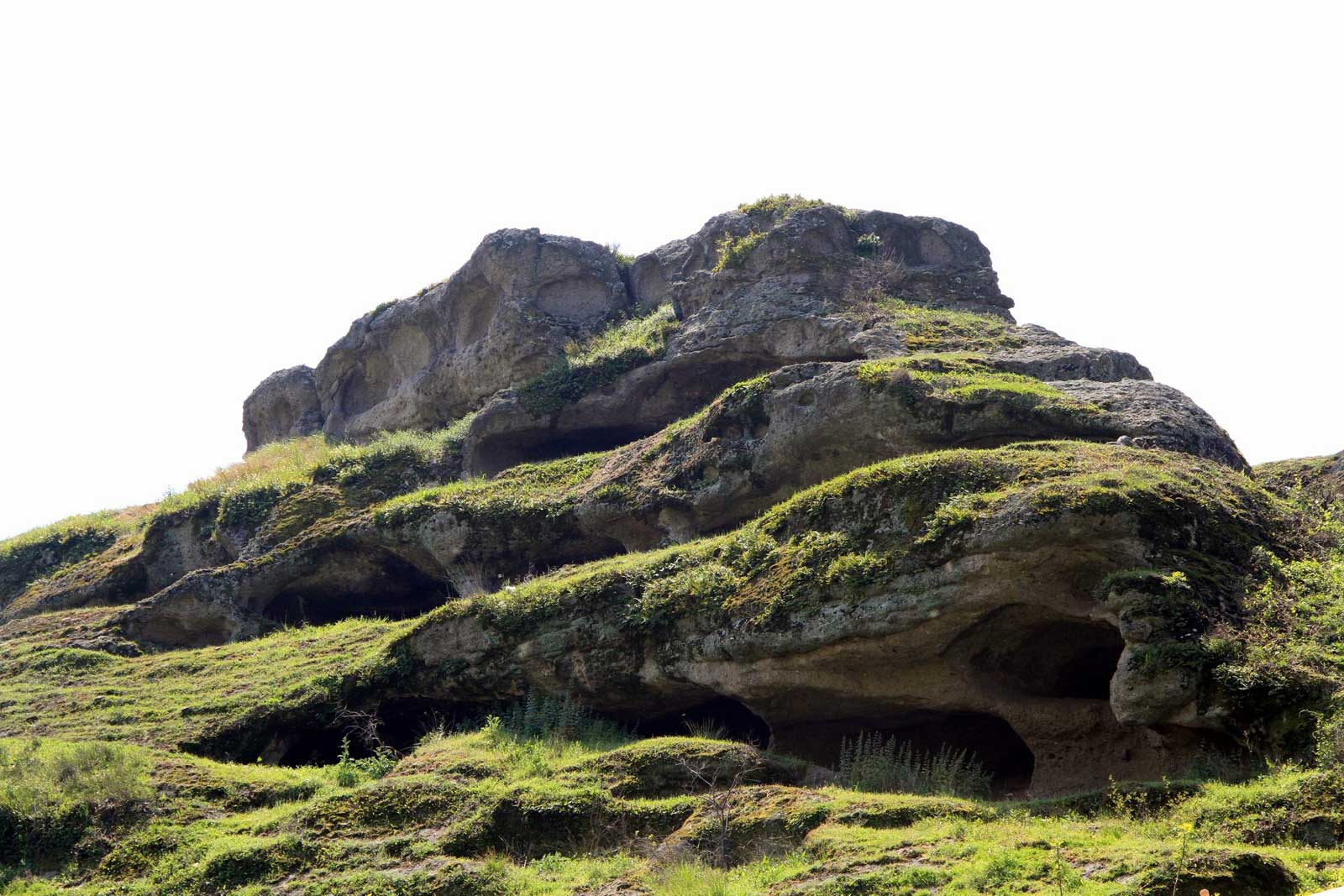 After a landscaping project carried out with the permission of the Ministry of Culture and Tourism by the Samsun Museum Directory in the Black Sea province of Samsun’s Tekkeköy district, the Stone Age shelters started attracting many visitors. The hazelnut garden in front of the caves was turned into a picnic area where visitors can rest.

Not only tourists are interested in these prehistoric shelters. Their history has also drawn the attention of archeologists. French archaeologists have applied to the Turkish Ministry of Culture and Arts in order to carry out excavations in the area.

The mayor of Tekkeköy, Hayati Tekin, said that according to a scientific study from 1941, the “inns” were found to belong to the Stone Age people that lived between 60,000 and 10,000 BC. Works for the touristic exploitation of the area started a year ago. Until then the area was desolate. However, according to Tekin, during the works many “inns” were discovered. There were three buildings used as homes in the past. These houses have been turned into exhibition spaces of different historical eras. The valley on the other side of the road has been turned into a popular excursion spot.

Now, French archaeologists have asked for permission to carry out excavations. The investigations of the area could take 30-50 years, considering the fact that the area is very large and old.

“This place is a first degree archeological protected area. Right along with the inns, there is the Hittite Road and the Frig Castle,” said Tekin.

Turkish authorities believe that archaeological investigations will draw even more visitors to Tekkeköy.