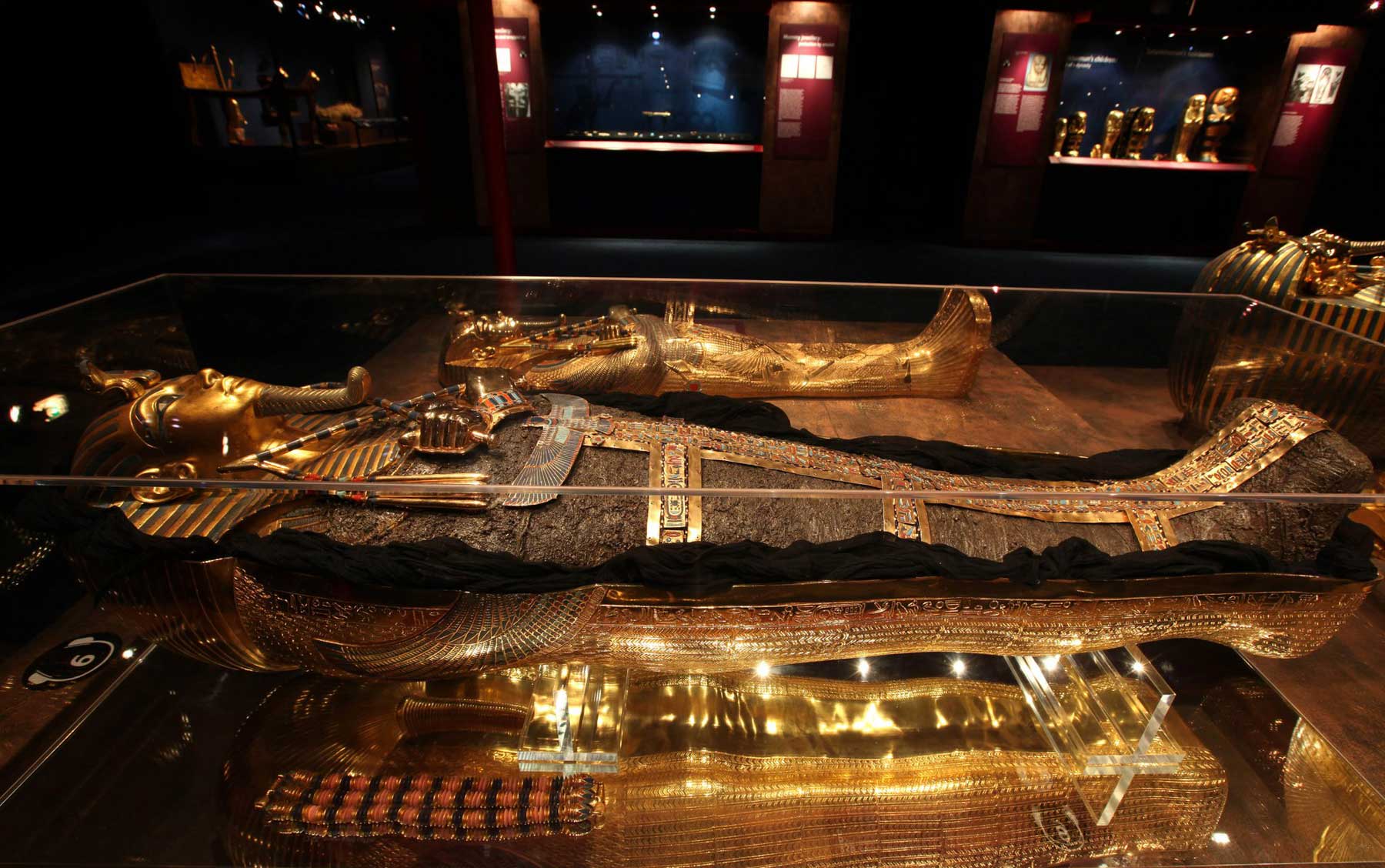 The exhibition “Tutankhamun – his tomb and his treasures,” which will be hosted at the Palexpo – Halle 7, in Geneva, from September 2013 to January 2014, offers the possibility to view more than thousand replicas of Tutankhamun’s funeral treasures such as the archaeologists found them in 1922. The reconstruction of this fascinating discovery is exceptional. Nowhere can the burial chambers recreated in the exhibition be seen this way, not even in Egypt. The public will discover many rare items such as the reproduction of the magnificent golden mask of Tutankhamun, whose original no longer travels since the 1980’s. A unique experience to live from 20 September 2013 to 12 January 2014.

The exhibition was first shown in Zurich, in 2008. After that it travelled to Munich, Barcelona, Budapest, Dublin, Seoul, Brussels, Paris, Prague and Berlin. It has attracted four million visitors.