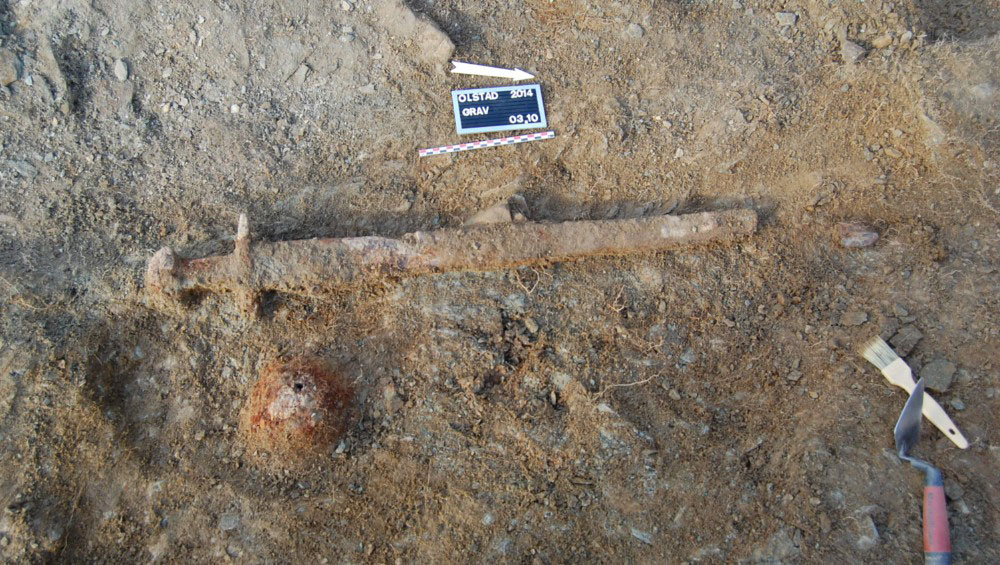 A Viking Age grave in Skaun south of Trondheim in Central Norway containing a sword and a shield boss. Most surprisingly the shield also revealed some Islamic coins hidden in a leather bag.

The grave is dated to 950 AD. The wooden part of the shield is not preserved, but the metal boss survived.

According to archaeologist Ingrid Ystgaard, the coins may indicate ‘that this person visited the eastern part of the Viking world, possibly a town such as Holmgard in what today is Russia‘.

“We have not managed to find out who owned the sword, but we know that he was a well traveled man,” says Ystgaard.

Radiographs show an inscription on the sword blade telling that the sword probably has been produced outside Scandinavia. Swords with inscriptions were rather rare.

Arabs (Moors) conquered Spain in 711 while Norwegian Vikings came to Spain in the 800s. So maybe the coins were stolen in Spain.

Or the owner of the grave has got hold of the coins when he travelled eastwards following the Volga trade route? Vikings traveled to Constantinople by sailing down the Russian rivers.

A cut mark found on the shield boss indicates that the grave owner had been in combat.