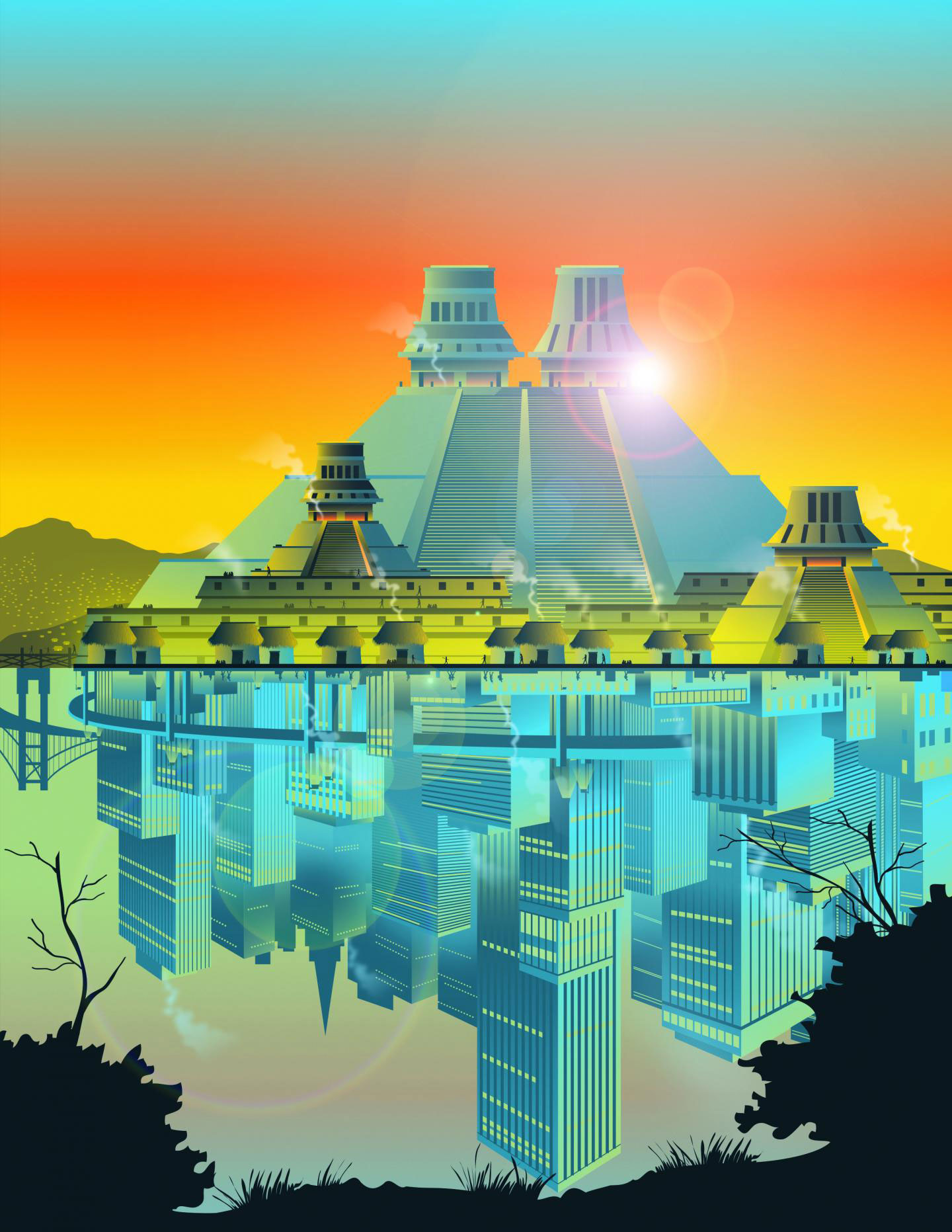 The underlying organizational ingredients of modern cities were present in ancient settlements in the Basin of Mexico. Credit: Gabriel Garcia for the Santa Fe Institute.
News: Ancient settlements
Ancient and modern cities aren't so different
Researchers at the Santa Fe Institute and the University of Colorado Boulder found out
by Archaeology Newsroom - Tuesday, 24 February 2015

Despite notable differences in appearance and governance, ancient human settlements function in much the same way as modern cities, according to new findings by researchers at the Santa Fe Institute and the University of Colorado Boulder.

Previous research has shown that as modern cities grow in population, so do their efficiencies and productivity. A city’s population outpaces its development of urban infrastructure, for example, and its production of goods and services outpaces its population. What’s more, these patterns exhibit a surprising degree of mathematical regularity and predictability, a phenomenon called “urban scaling.”

But has this always been the case?

SFI Professor Luis Bettencourt researches urban dynamics as a lead investigator of SFI’s Cities, Scaling, and Sustainability research program. When he gave a talk in 2013 on urban scaling theory, Scott Ortman, now an assistant professor in the Department of Anthropology at CU Boulder and a former Institute Omidyar Fellow, noted that the trends Bettencourt described were not particular to modern times. Their discussion prompted a research project on the effects of city size through history.

To test their ideas, the team examined archaeological data from the Basin of Mexico (what is now Mexico City and nearby regions). In the 1960s — before Mexico City’s population exploded — surveyors examined all its ancient settlements, spanning 2000 years and four cultural eras in pre-contact Mesoamerica.

Using this data, the research team analyzed the dimensions of hundreds of ancient temples and thousands of ancient houses to estimate populations and densities, size and construction rates of monuments and buildings, and intensity of site use.

Their results, published in the new AAAS open-access journal Science Advances this month, indicate that the bigger the ancient settlement, the more productive it was.

“It was shocking and unbelievable,” says Ortman. “We were raised on a steady diet telling us that, thanks to capitalism, industrialization, and democracy, the modern world is radically different from worlds of the past. What we found here is that the fundamental drivers of robust socioeconomic patterns in modern cities precede all that.”

Bettencourt adds: “Our results suggest that the general ingredients of productivity and population density in human societies run much deeper and have everything to do with the challenges and opportunities of organizing human social networks.”

Though excited by the results, the researchers see the discovery as just one step in a long process. The team plans to examine settlement patterns from ancient sites in Peru, China, and Europe and study the factors that lead urban systems to emerge, grow, or collapse.