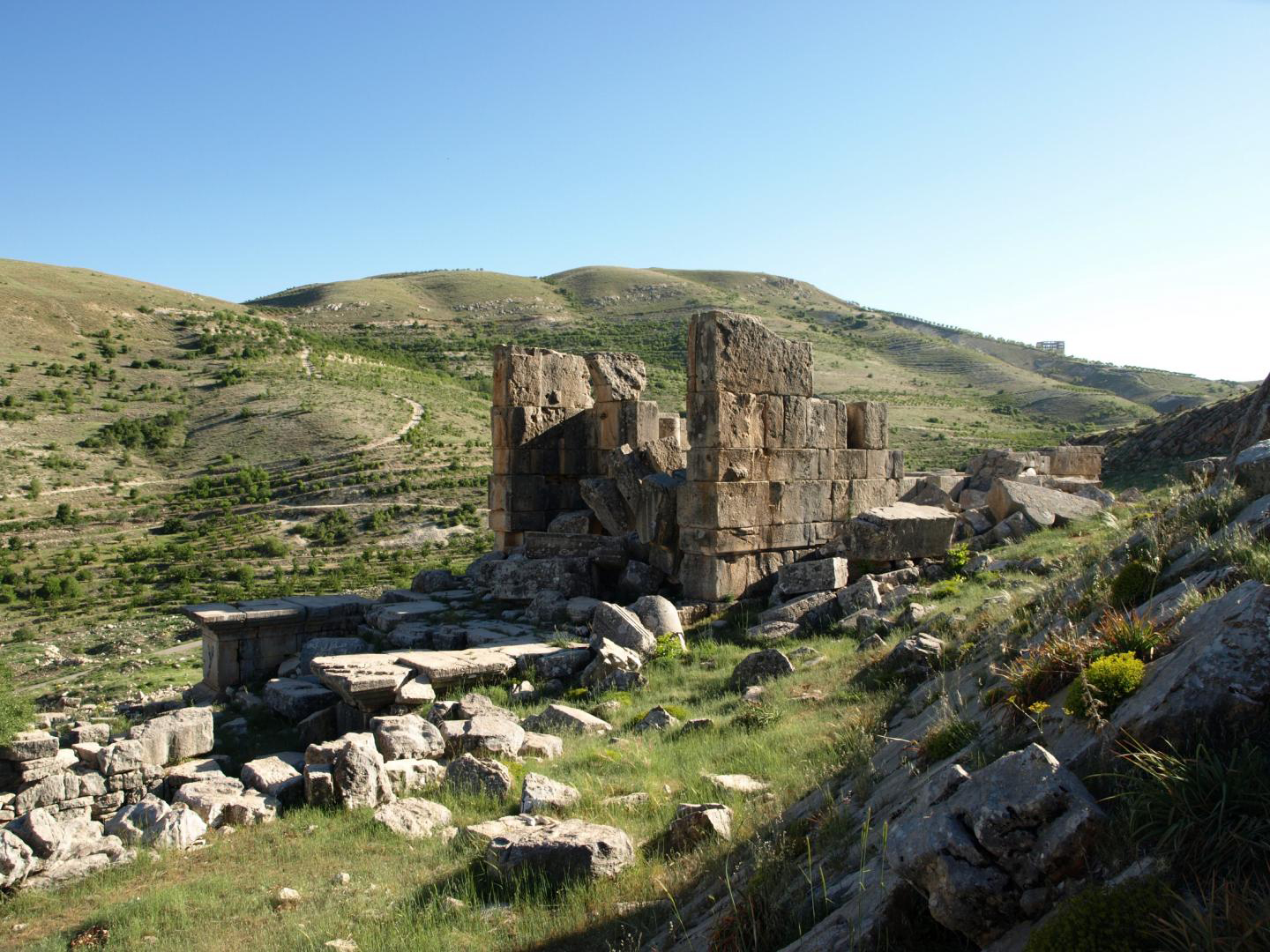 These are the standing remains of the large 2nd c. CE Graeco-Roman temple at Hosn Niha, unchanged since first recorded in the early 19th c. CE. The walls still stand to a height of 10m. Credit: University of Leicester/ American University of Beirut
News: Culture in conflict zones
Heritage destruction as an archaeological opportunity?
Researchers investigated an historic site devastated by conflict in Lebanon
by Archaeology Newsroom - Wednesday, 6 May 2015