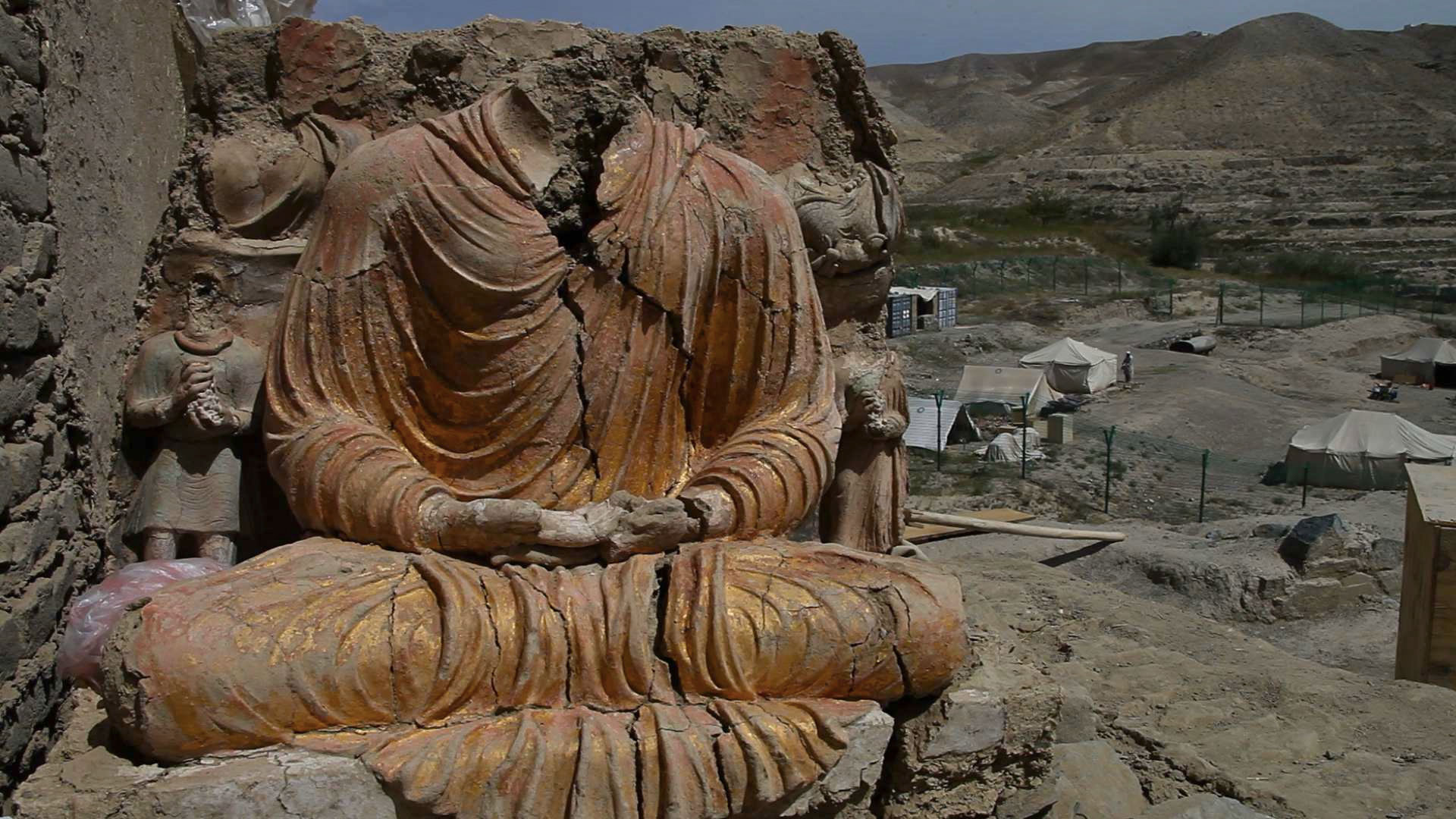 Although only 10% of the site has been excavated, the discoveries are already rewriting the history of Buddhism, Afghanistan, and us - who we are as human beings.
News: Afghanistan
Save Mes Aynak
The 2,000-year-old Buddhist city sitting on the second largest copper deposit in the world
by Archaeology Newsroom - Thursday, 7 May 2015

Mes Aynak (“little copper well” in Pashto) is a mountainous site in the Taliban-controlled Logar Province, Afghanistan, 25 miles southeast of Kabul near the Pakistan border. Mes Aynak contains the ancient remains of a 2,000-year-old Buddhist city, on top of a 5,000-year-old Bronze Age site. Massive, at nearly 500,000 sq. meters, this historic Buddhist city contains dozens of unique and never-before-seen stupas and temples, thousands of artifacts, and around 600 large Buddha statues.

Mes Aynak, however, sits on the second largest copper deposit in the world.

In 2007, the Afghan government sold Mes Aynak to a Chinese State-owned mining company, eager to harvest an estimated $100 billion dollars worth of copper buried directly beneath the archaeological ruins. To get to this copper, however, would mean blowing up Mes Aynak.

Archaeologists estimated that the full excavation of Mes Aynak would take 30-40 years, but were only given three sporadic years by the Chinese mining company. In a rush to save and preserve as much as they can, the archaeologists are being forced to perform rescue archeology, a form of excavation meant to salvage as much as possible in a short amount of time… but it can be just as destructive as looting. To preserve their cultural history, these archeologists risk their lives everyday by working in areas full of hidden landmines, and under constant death threat from the Taliban. Little money has been given to them, leaving them without necessary equipment like computers, cameras, chemicals, and many months without pay.

The award-winning film Saving Mes Aynak follows archaeologist Qadir Temori as he races against time to save this 5,000-year-old Buddhist archeological site in Afghanistan from imminent demolition.

The film examines the conflict between cultural preservation and economic opportunity, through the lens of the Afghan archaeologists and local villagers who live and work near Mes Aynak.

For the past three years, the effort of director Brent E. Huffman through Saving Mes Aynak has played a vital role in delaying the demolition of this historical treasure, but again time is quickly running out. This is why a campaign has been launched, including a call for donations, a petition call and a global event organized for July 1st, “Save Mes Aynak Day”.