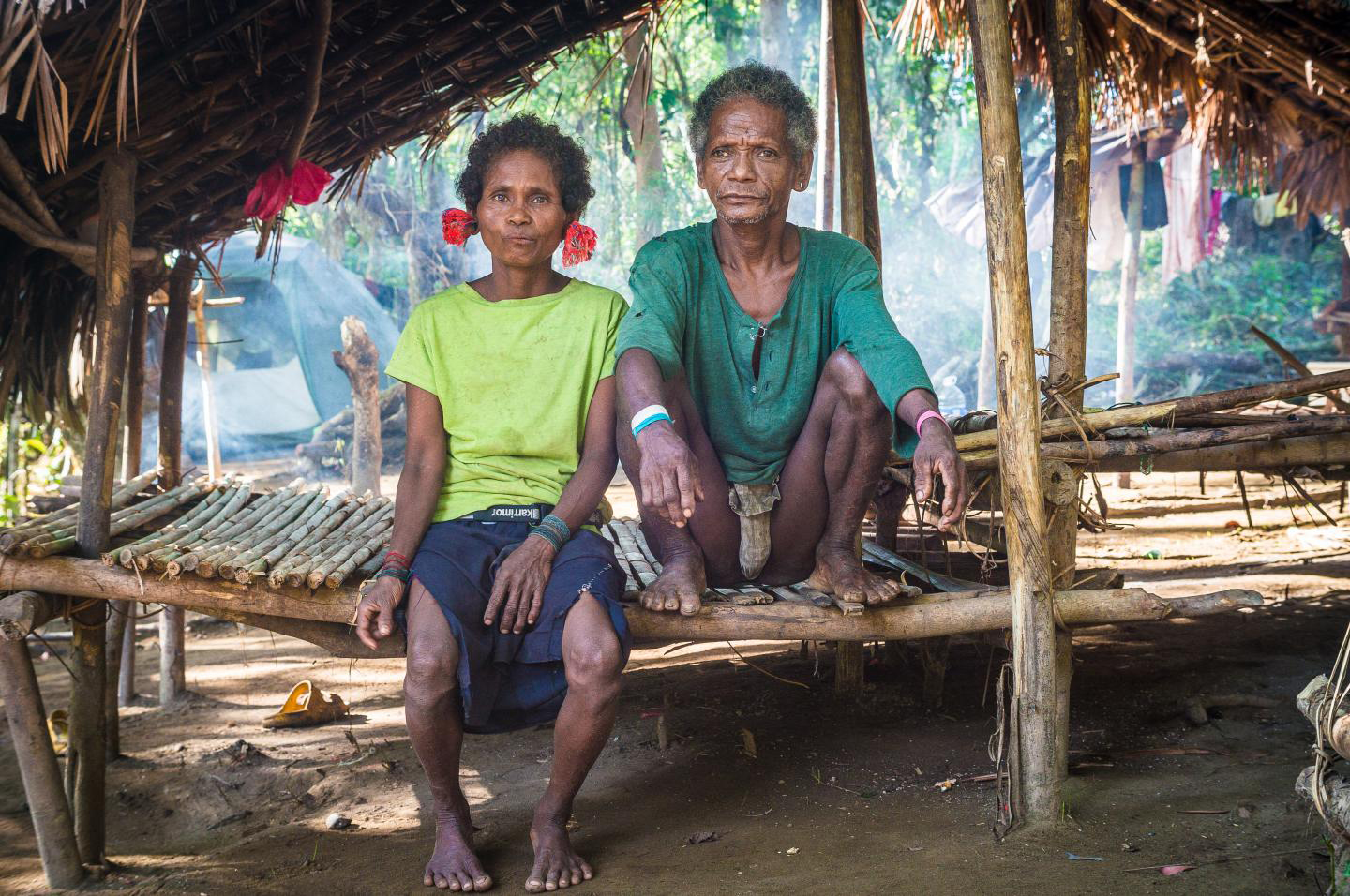 “Sex equality suggests a scenario where unique human traits such as cooperation with unrelated individuals could have emerged in our evolutionary past” - Dr Andrea Migliano. (Photo: Sylvain Viguier)
News: Hunter-Gatherers
Unique social structure of hunter-gatherers explained
By researchers from the Hunter-Gatherer Resilience Project in UCL Anthropology
by Archaeology Newsroom - Monday, 18 May 2015

Previous research has noted the low level of relatedness in hunter-gatherer bands. This is surprising because humans depend on close kin to raise offspring, so generally exhibit a strong preference for living close to parents, siblings and grandparents.

The new study, published in Science, is the first to demonstrate the relationship between sex equality in residential decision-making and group composition.

In work conducted over two years, researchers from the Hunter-Gatherer Resilience Project in UCL Anthropology lived among populations of hunter-gatherers in Congo and the Philippines. They collected genealogical data on kinship relations, between-camp mobility and residence patterns by interviewing hundreds of people.

This information allowed the researchers to understand how individuals in each community they visited were related to each other. Despite living in small communities, these hunter-gatherers were found to be living with a large number of individuals with whom they had no kinship ties.

The authors constructed a computer model to simulate the process of camp assortment. In the model, individuals populated an empty camp with their close kin – siblings, parents and children.

When only one sex had influence over this process, as is typically the case in male-dominated pastoral or horticultural societies, camp relatedness was high. However, group relatedness is much lower when both men and women have influence – as is the case among many hunter-gatherer societies, where families tend to alternate between moving to camps where husbands have close kin and camps where wives have close kin.

First author of the study, Mark Dyble (UCL Anthropology), said: “While previous researchers have noted the low relatedness of hunter-gatherer bands, our work offers an explanation as to why this pattern emerges. It is not that individuals are not interested in living with kin. Rather, if all individuals seek to live with as many kin as possible, no-one ends up living with many kin at all.”

Many unique human traits such as high cognition, cumulative culture and hyper-cooperation have evolved due to the social organisation patterns unique to humans.

Although hunter-gatherer societies are increasingly under pressure from external forces, they offer the closest extant examples of human lifestyles and social organisation in the past, offering important insights into human evolutionary history.

Senior author, Dr Andrea Migliano (UCL Anthropology), said: “Sex equality suggests a scenario where unique human traits such as cooperation with unrelated individuals could have emerged in our evolutionary past”.