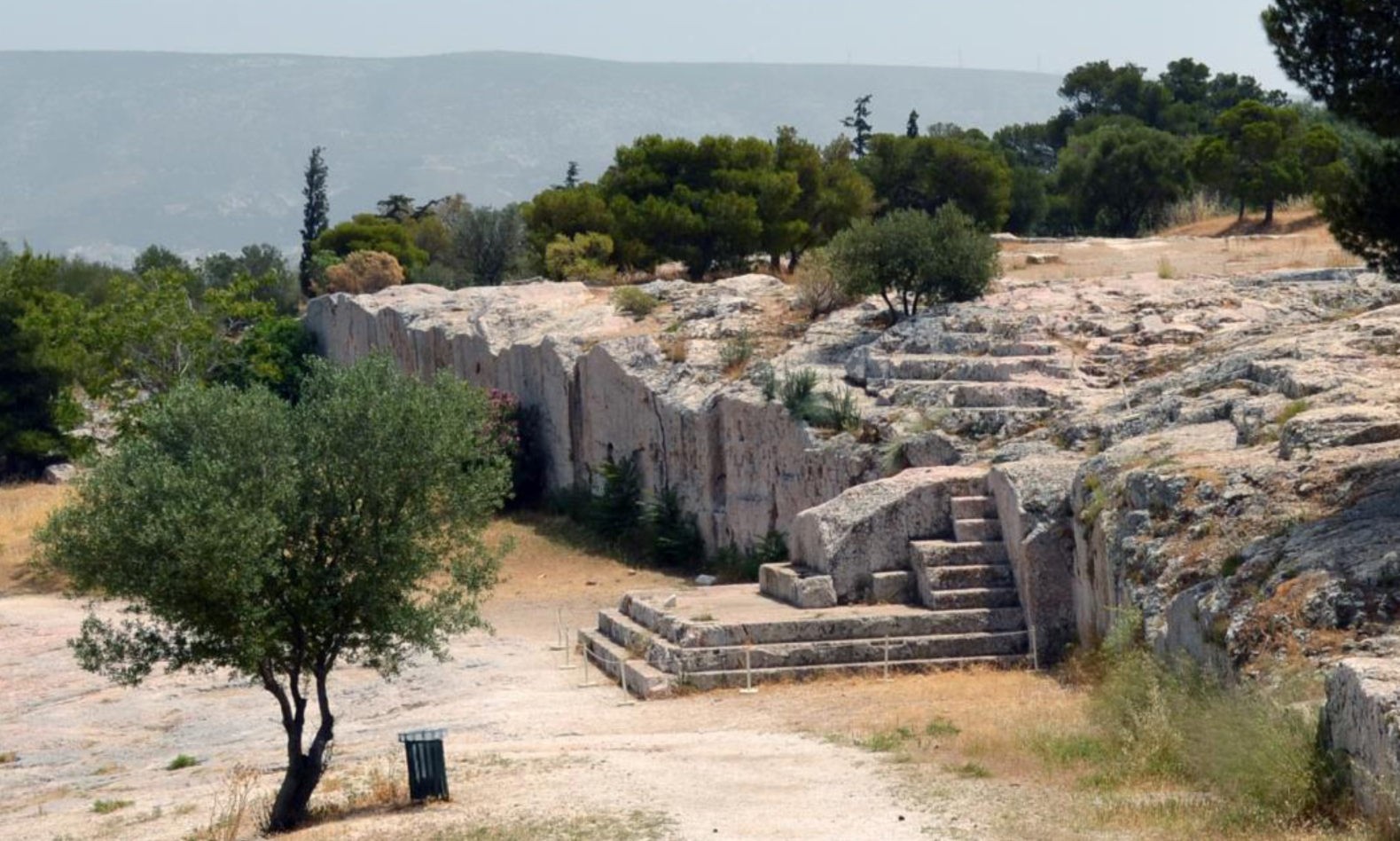 The Pnyx, where the Athenians gathered to host their popular assemblies.
News: Lectures
Aristotelianism in Western Europe and Plato’s Statesman
Two lectures at the Danish Institute at Athens
by Archaeology Newsroom - Friday, 22 May 2015

Throughout Antiquity, philosophy was fundamentally a Greek discipline. In late Antiquity it became scholastic, concentrating on the exegesis of the works of Aristotle and Plato.

The Danish Institute at Athens organizes two lectures for next week: On Tuesday 26 May, Prof. Sten Ebbesen will address the topic “When Aristotle Went West – Aristotelianism in Western Europe,” and on Friday 29 May, Anders Dahl Sørensen (PhD Teacher of Classics, Gammel Hellerup Gymnasium) will discuss the subject “Using what laws? Plato’s Statesman and the Athenian Patrios Politeia debate.”

“Yet, the future of Aristotelianism lay in the Latin world,” argues Prof. Ebbesen, and explains that: “Using Manlius Boethius’ 6th-century translations of a part of Aristotle’s Organon, Latin Aristotelianism had already reached a high level of sophistication by 1100, and then got a mighty burst by the appearance of new translations of the rest of the Corpus Aristotelicum combined with a general boom in higher education in the course of the 12th and 13th centuries. The Latin Aristotelianism left an indelible mark on Western culture, it is with us in our ways of thinking and even in our language, no matter which modern vernacular we speak.”

“Why did reflections on law and the rule of law begin to emerge as a dominant vehicle for social criticism among critics of democratic Athens in the fourth century?” asks Anders Dahl Sørensen. In his talk he will approach “this general research question by means of a close reading of a central passage in Plato’s dialogue the Statesman.” In particular, he will argue “that we can make much better sense of a puzzling feature of Eleatic Stranger’s discussion of ‘second best’, law-bound regimes once we appreciate how this discussion critically reflect and intervene in the political discourse and constitutional debate of Plato’s contemporary Athens.” On Sørensen’s reading, “the Statesman polemically takes over the restored Athenian democracy’s insistence on the patrioi nomoi as the highest political authority and shows how this idea can be made to support a far less democratic vision of political life.”