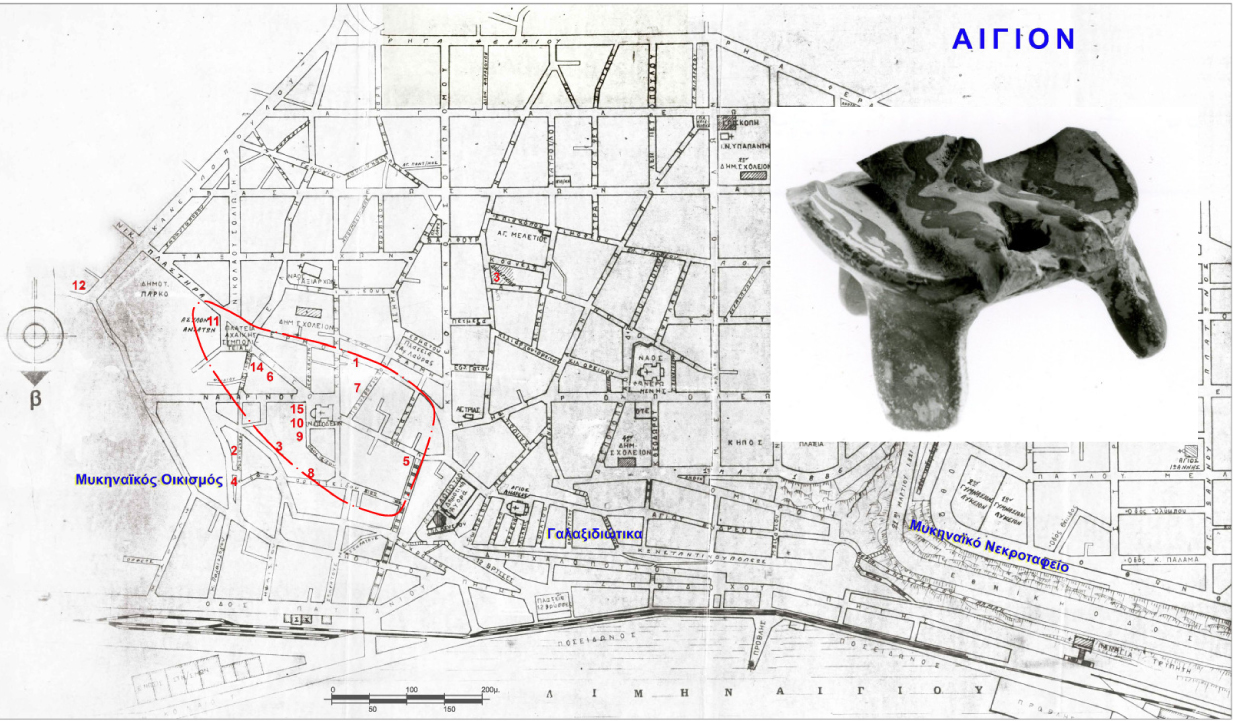 Aigion belongs to the group of early Mycenaean settlements that were destroyed, but not necessarily abandoned, at the end of the prepalatial period.
:
Mycenaean Aigion: The puzzle of rescue excavations in a modern city
by Archaeology Newsroom - Tuesday, 16 February 2016

“Rescue excavations in the city of Aigion in Achaea revealed a picture of a coastal Mycenaean settlement that fits into the same pattern as the nonpalatial settlements of Argolid and Corinthia, while some finds betray connections with Central Greece as well”, says Dr Lena Papazoglou-Manioudaki, Keeper Emerita of the Prehistoric Collection, National Archaeological Museum, Athens.

“Mycenaean Aigion: The puzzle of rescue excavations in a modern city” is the subject of her paper, to be presented at the 4th meeting of the Mycenaean Seminar.