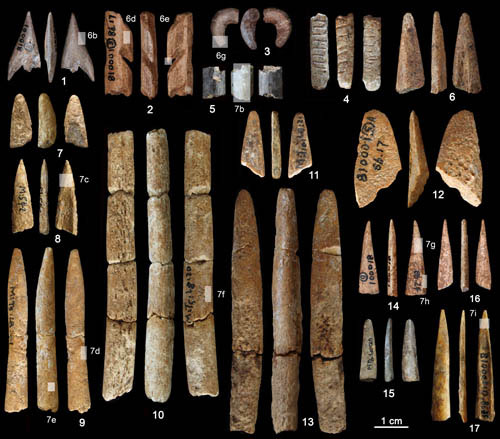 The results of an analysis on the oldest formal bone tools from southern China have been published. Palaeolithic bone tools, i.e. fully shaped points, awls, harpoons and wedges, are recorded in African sites, dating about 450,00 years ago. However, early specimens of bone technology in other areas, such as China, are rare, and insufficiently documented.

A new analysis, published in Journal of Archaeological Science in Janurary is attempting to cover this lack. In particular, Dr Gao Xing, with the Institute of Vertebrate Paleontology and Paleoanthropology (IVPP), Chinese Academy of Sciences, and Dr Francesco d’Errico, at the Université de Bordeaux, have analysed 17 bone tools from the Palaeolithic site of Ma’anshan Cave, at the Guizhou Province, southern China. The artefacts are the oldest formal bone tools from China, and the barbed points are amongst the oldest known outside Africa.