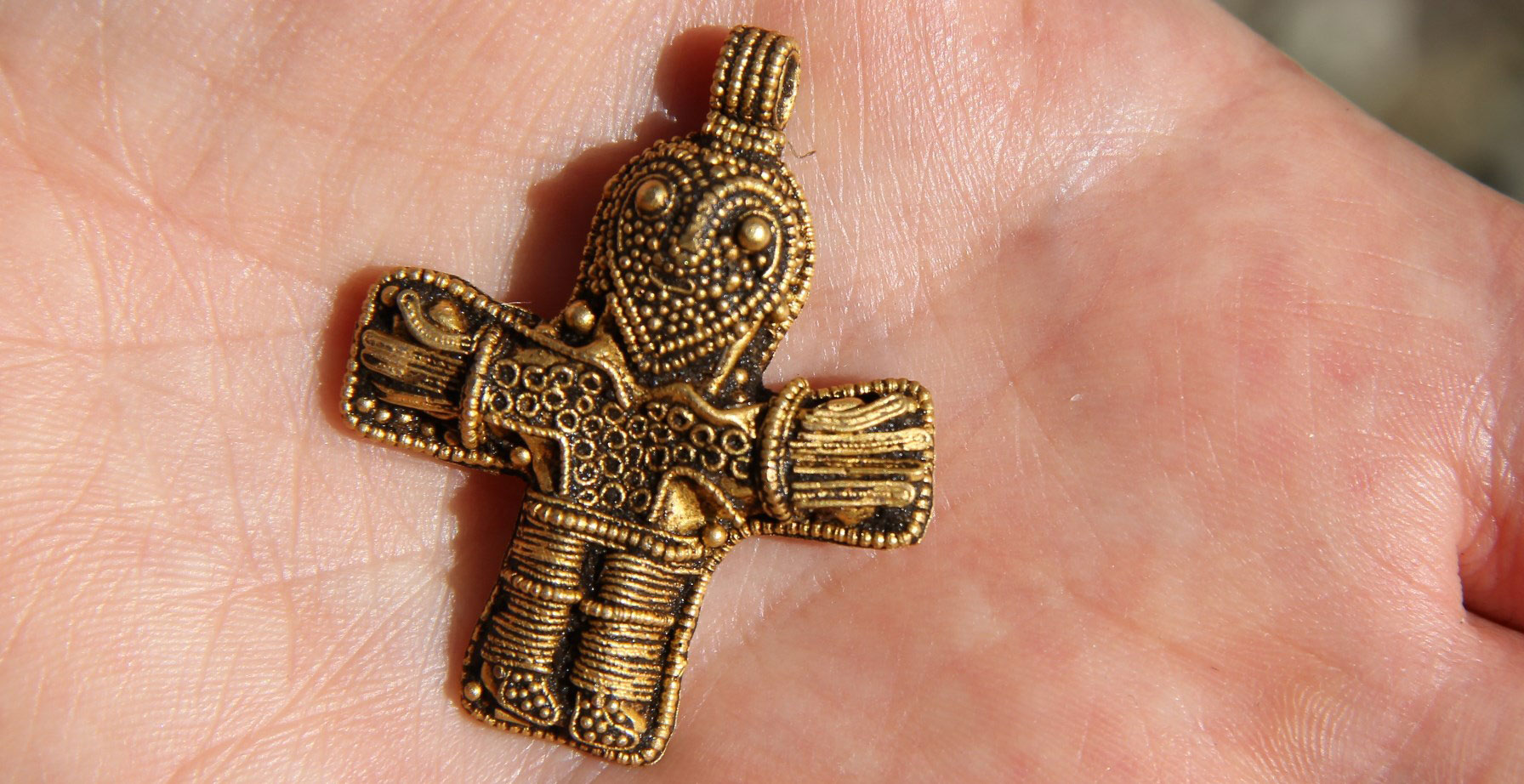 The small gold pendant, 4,1 cm in height, is in the shape of a man with outstretched arms – the image of Christ.
News: Viking era
Denmarks oldest crucifix
The first in full figure
by Archaeology Newsroom - Monday, 21 March 2016