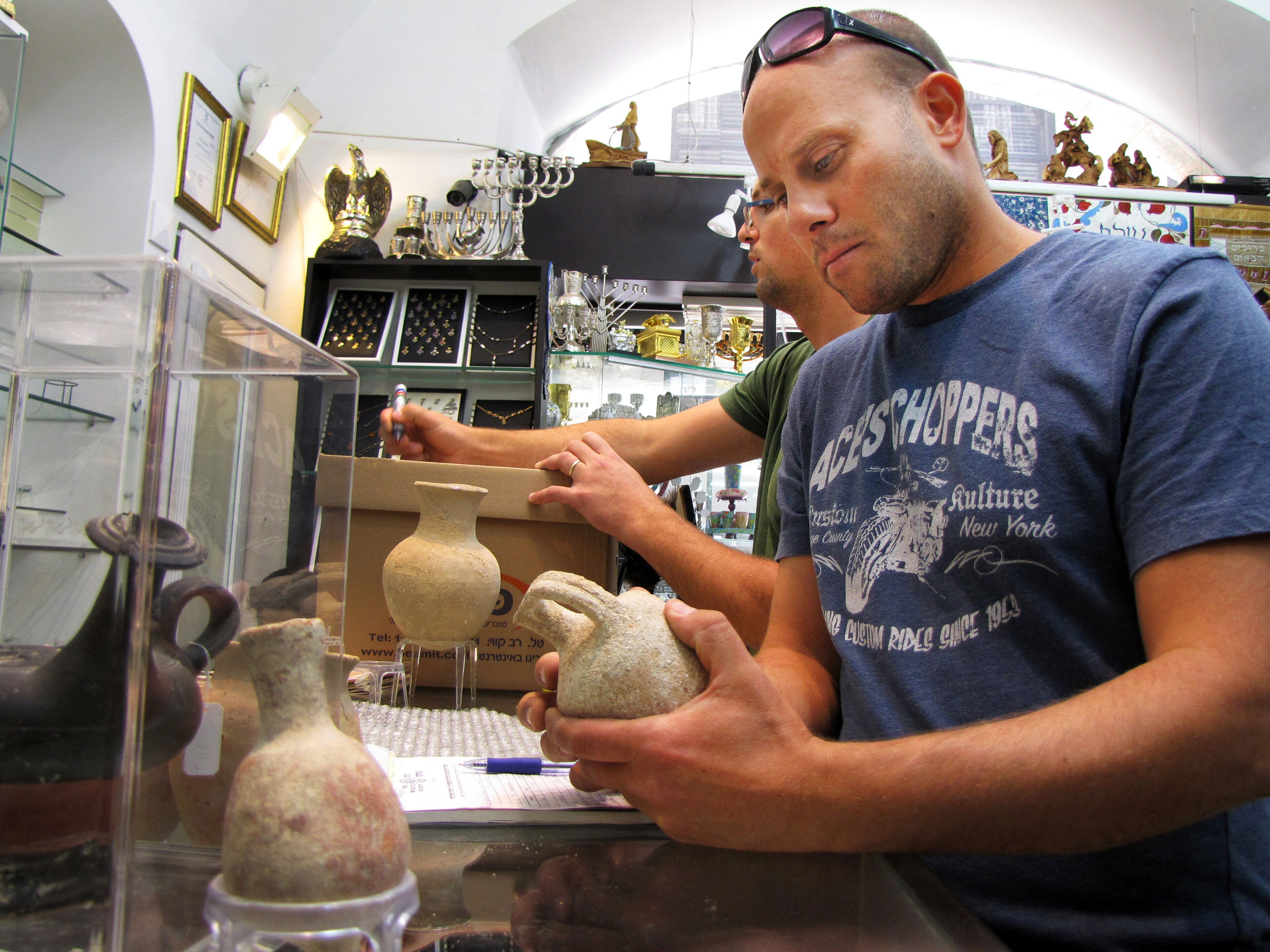 New regulations have been in force since March 2016 requiring that Israeli antiquities dealers manage their commercial inventory using a computerized system developed by the Israel Antiquities Authority.
News: Israel
Hundreds of ancient artifacts seized during a raid on a souvenir shop in Jerusalem
The objects were traded without a license
by Archaeology Newsroom - Friday, 17 June 2016

Bronze arrowheads, coins bearing the names of the Hasmoneans rulers, special vessels for storing perfumes and hundreds of ancient artifacts were on sale in a store in the Mamilla Mall (Jerusalem), which was not licensed to trade antiquities. All of these items were seized last Tuesday during an operation carried out by the Israel Antiquities Authority’s Unit for the Prevention of Antiquities Robbery. The raid took place after the store, which was under surveillance, sold ancient artifacts to undercover Antiquities Authority investigators.

New regulations have been in force since March 2016 requiring that Israeli antiquities dealers manage their commercial inventory using a computerized system developed by the Israel Antiquities Authority. The move, which will allow the tracking of the items, is designed to prevent antiquities dealers from “laundering” illegal artifacts that are the product of antiquities robbery, namely the illicit excavation of archaeological sites that eradicate knowledge about the country’s and the world’s cultural heritage solely for the purpose of profit. The souvenir shop was selling antiquities at the prestigious mall even though it had not obtained a license to do so.

According to Dr. Eitan Klein, supervisor in charge of the antiquities trade, at the IAA, “Prior to enacting the regulations the situation with the ancient market was nothing short of miraculous, whereby there was always an abundance of finds on the shelves. Yet the dealers were constantly bemoaning the fact that sales were extremely weak. These reports raise questions about the remarkable survival of these stores for decades. In practice, it was abundantly clear that in order to supply the merchandise antiquities sites in Israel and around the world were being plundered and history was sold to the highest bidder. The activity we carried out in the Mamilla store is just part of a much broader effort being made in the antiquities market that is aimed at preserving the cultural heritage of the State of Israel, which belongs to all of its citizens, and preventing the ‘laundering’ of stolen antiquities by manipulating the commercial inventory of authorized antiquities dealers.”

In the coming days an indictment will be filed against the store owner who is suspected of illicit trade in antiquities.