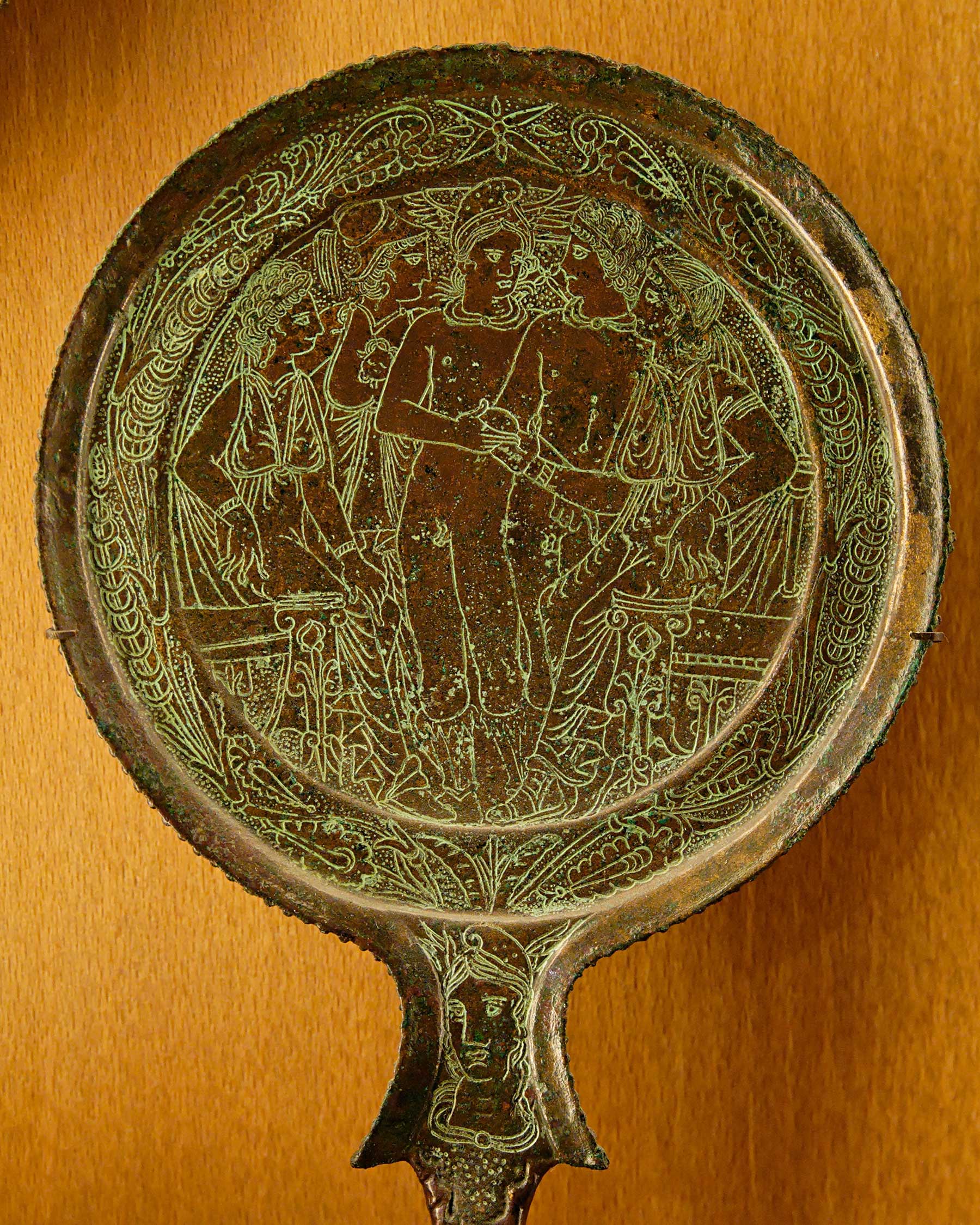 Alexandra Carpino (Professor of Art History with the Department of Comparative Cultural Studies at Northern Arizona University) will address the topic “A Glance in the Mirror: Reflections on Motherhood in Aristocratic Etruria.”

“Bronze mirrors form one of the largest corpora of extant Etruscan luxury art.  The earliest examples date to the mid-late sixth century BCE and production continued through the Hellenistic period. These hand-held artifacts had multiple functions in the integrated environment of the Etruscan home: not only did they reflect the status and prosperity of their owners – marking them, as Greg Warden has pointed out as “member[s] of the right club” –  but they were also important and sophisticated vehicles of visual communication, with the engravings on their reverses evoking the values, beliefs, aspirations and fears of their patrons and users.

“In this lecture, I will discuss the narratives chosen to communicate aristocratic Etruscans’ social and cultural expectations about motherhood, a subject that remained popular in mirror iconography from the fifth through third centuries BCE. Two themes prevail, one of which proclaimed the intimate bond between mothers and their sons during life and/or in the aftermath of tragedy, and a second that focused on moments rife with hostility and violence, where mothers exhibit behaviors that transgress established ideals. By comparing and contrasting these different visual narratives – all of which were directed to an educated clientele – we can better understand the types of exempla that were presented for consideration on a daily basis. Moreover, these stories served as statements, ones that reminded mirror owners about important social and cultural ideals with respect to motherhood in general. They also illuminated the range of tensions that could be part of family life and what should be avoided in order to maintain one’s prestige and lineage perpetually.”