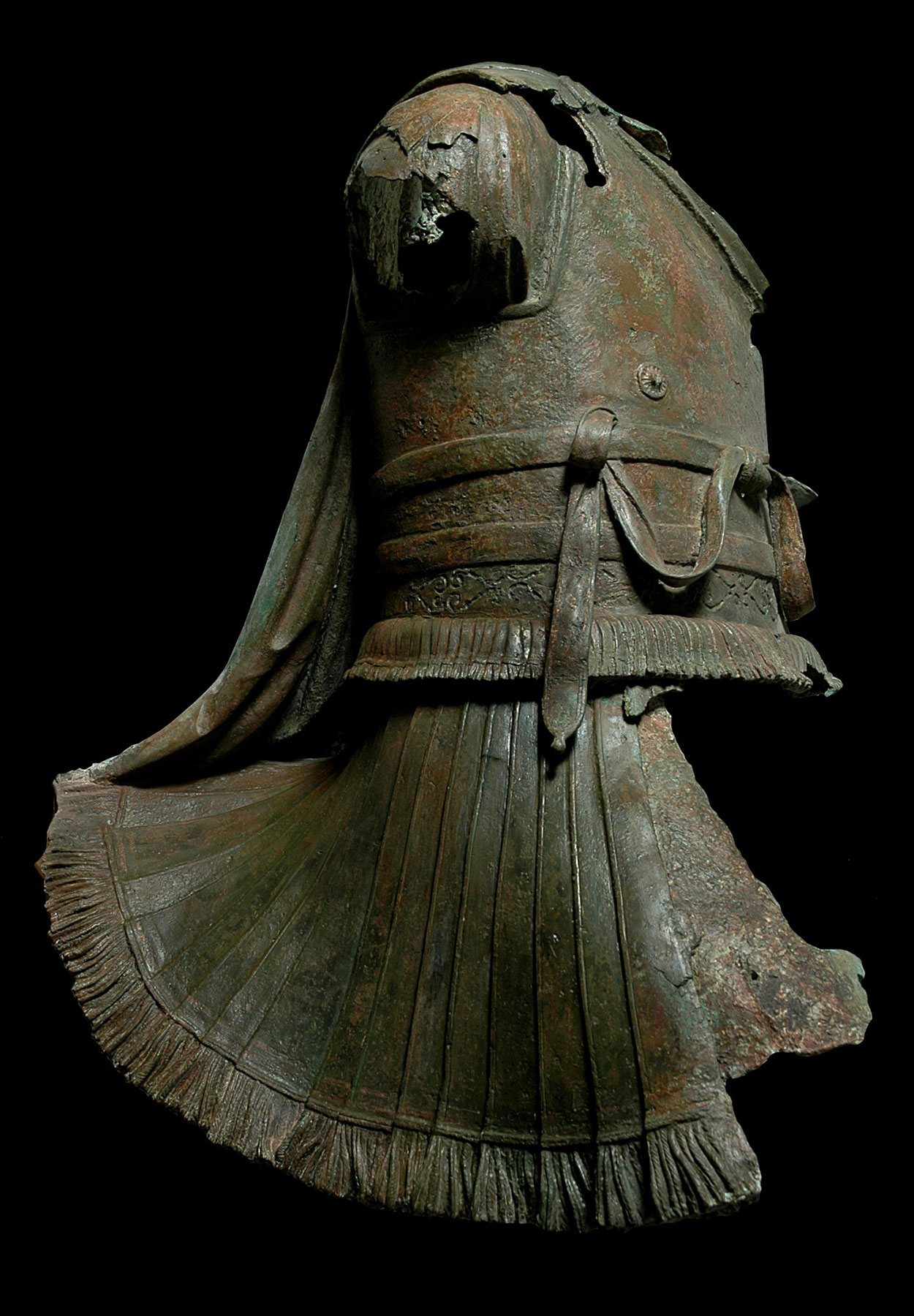 The Acropolis Museum in cooperation with the Ephorate of Underwater Antiquities will put on display the torso of a bronze statue of a rider which was caught in fishing nets in the marine area of Kalymnos, a location which over the previous years has provided other bronze sculptures. These bronze artifacts constitute original works of art from the Hellenistic period and stand out for their high artistic value.

The statue depicts a rider wearing a cuirass. The rider’s leather cuirass features decorative motives at the lower part and a rosette where the strap of the epaulet was fastened. A double belt, decorated with rhombus shapes, encircles the waist. These belts indicated the rank of the depicted. Special care was given to the way the leather flaps at the bottom of the cuirass open up to allow the adjustment on the horse’s back.

The exhibition coincides with the anniversary celebration of the 40 years since the founding of the Ephorate of Underwater Antiquities in 1976.

The bronze sculpture will be displayed in the foyer of the Acropolis Museum from 14 October 2016 to 31 March 2017. In this area no admission ticket is required.