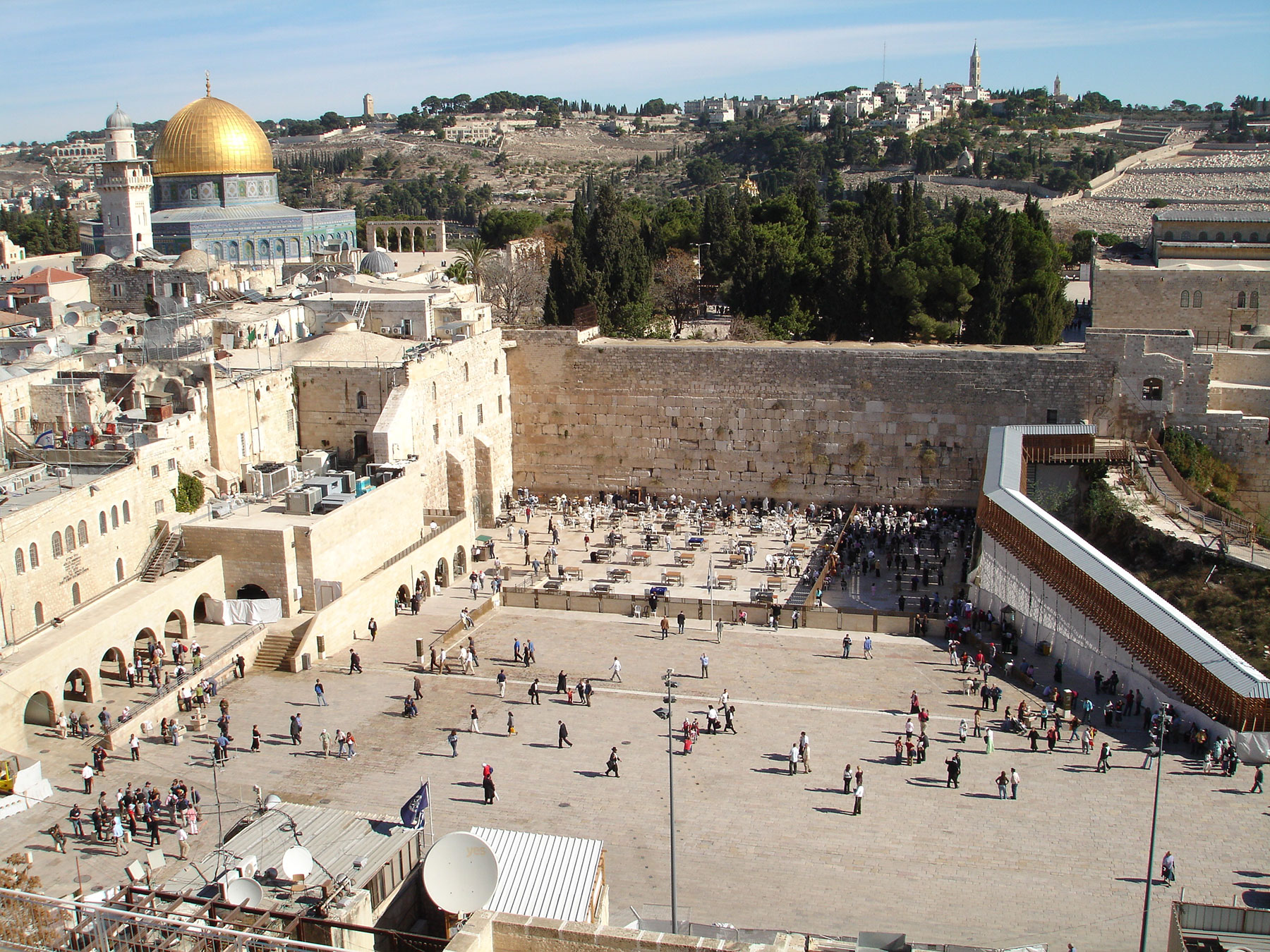 The Western Wall.
News: Jerusalem
From here the Romans breached Jerusalem’s City Wall 2,000 years ago
The remains of a tower discovered during excavations
by Archaeology Newsroom - Friday, 21 October 2016

Fascinating evidence of breaking through Jerusalem’s Third Wall at the end of the Second Temple period was discovered in an excavation the Israel Antiquities Authority is conducting in the city center.

Impressive and fascinating evidence of the battlefield and the breaching of the Third Wall that surrounded Jerusalem at the end of the Second Temple period was exposed in recent months in the Russian Compound in the city center. The finds were discovered in an archaeological excavation the Israel Antiquities Authority conducted in the location where the new campus of the Bezalel Academy of Arts and Design is slated to be constructed. During the course of the excavation archaeologists discovered the remains of a tower jutting from the city wall. Opposite the tower’s western facade were scores of ballista and sling stones that the Romans had fired from catapults towards the Jewish guards defending the wall, who were stationed at the top of the tower.

According to Dr. Rina Avner and Kfir Arbib, excavation directors on behalf of the Israel Antiquities Authority, “This is a fascinating testimony of the intensive bombardment by the Roman army, led by Titus, on their way to conquering the city and destroying the Second Temple. The bombardment was intended to attack the sentries guarding the wall and provide cover for the Roman forces so they could approach the wall with battering rams and thereby breach the city’s defenses”. The historian Josephus, an eye witness to the war, provided many details about this wall. According to him, the wall was designed to protect the new quarter of the city that had developed outside its boundaries, north of the two existing city walls. This quarter was named Beit Zeita. The building of the Third Wall was begun by Agrippa I; however, he suspended its construction so as not to incur the wrath of Emperor Claudius and to dispel any doubts regarding his loyalty. The construction of the Third Wall was resumed some two decades later by the defenders of Jerusalem, as part of fortifying the city and the Jewish rebels’ preparations for the Great Revolt against Rome.

Josephus described in detail the route of the wall that began at Hippicus Tower, which is now identified with David’s Citadel. From there the wall continued north to the enormous Psephinus Tower, which defended the northwestern corner of the city wall. At that point the wall turned east and descended toward the Tomb of Queen Helena, which is identified with the place known as the Tombs of the Kings.

An unresolved debate among researchers has been going from the early twentieth century up until the current excavation as to the identity of the Third Wall and the question concerning Jerusalem’s boundaries on the eve of the Roman onslaught led by Titus. It seems that the new discovery in the Russian Compound is proof of the wall’s existence in this area.

The excavation findings will be presented in a conference entitled ““New Studies in the archaeology of Jerusalem and its Region” conference “, to be held on Thursday, October 27, 2016, at the Mount Scopus campus of the Hebrew University of Jerusalem.