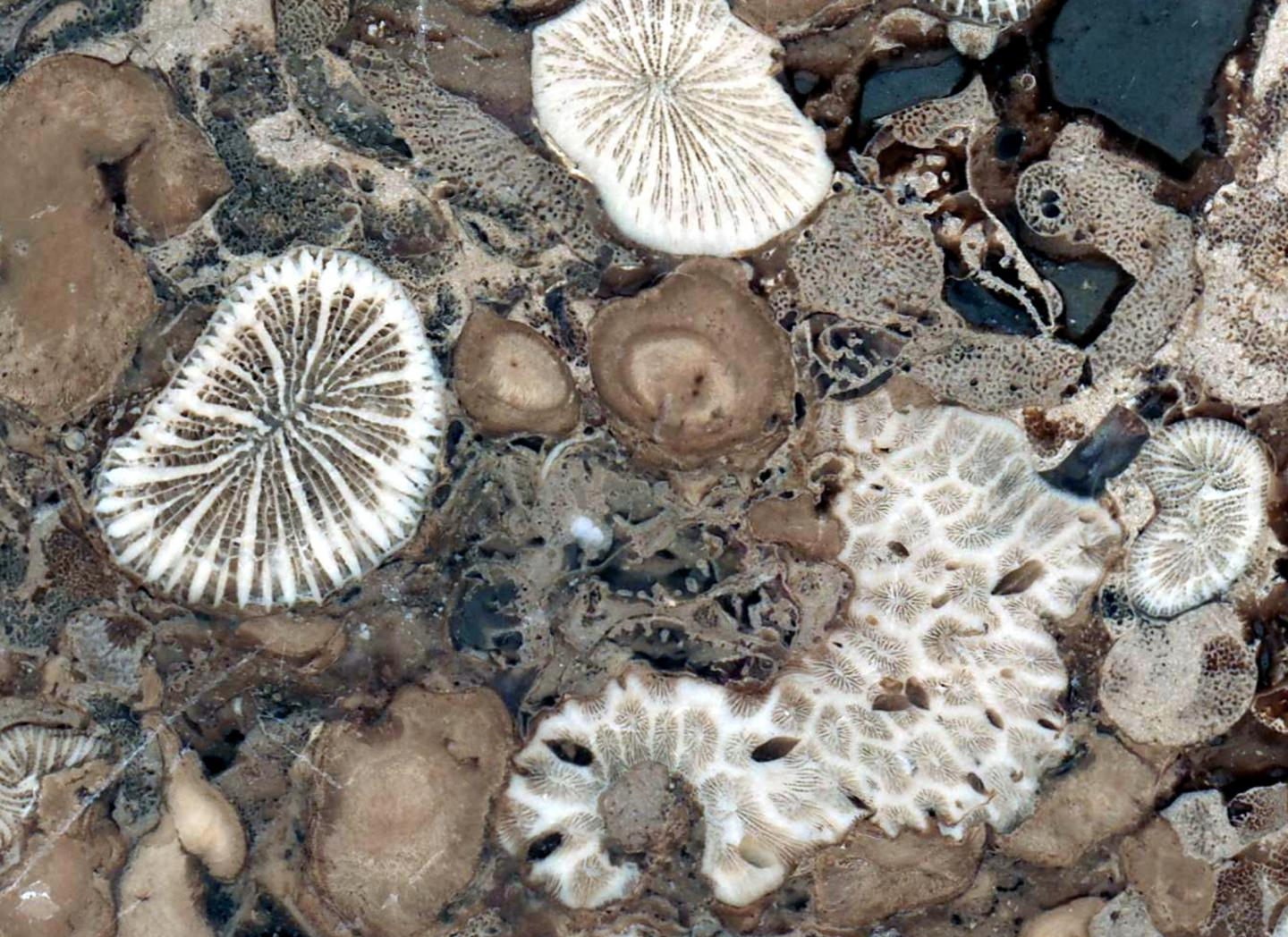 This polished fossil slab used in the study dates to more than 210 million years ago and contains well-preserved symbiotic corals. The fossils were collected in a mountainous region in Antalya, Turkey, and originated in the Tethys Sea, a shallow sunlit body of water that existed when the earth’s continents were one solid land mass called Pangea. Credit: Photo courtesy of Jaroslaw Stolarski, Polish Academy of Sciences.
News: Palaeontology
When corals met algae
Symbiotic relationship crucial to reef survival dates to the Triassic
by Archaeology Newsroom - Friday, 4 November 2016