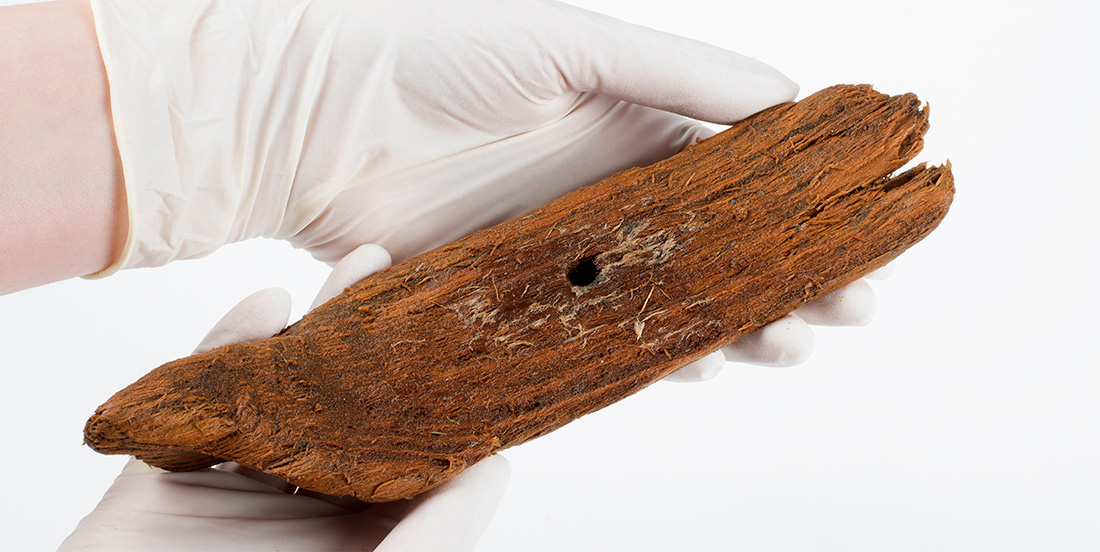 The toy boat had a hole in the middle where a mast could have been stepped, allowing a child to sail the boat. Photo: Åge Hojem, NTNU University Museum
News: Vikings
The toy boat that sailed the seas of time
An exceptional discovery that dates back as early as 1153 AD
by Archaeology Newsroom - Thursday, 30 March 2017

“This toy boat says something about the people who lived here,” said Ulf Fransson, an archaeologist at the NTNU University Museum and one of two field leaders for the Ørland Main Air Station dig, where the well and the boat were found.