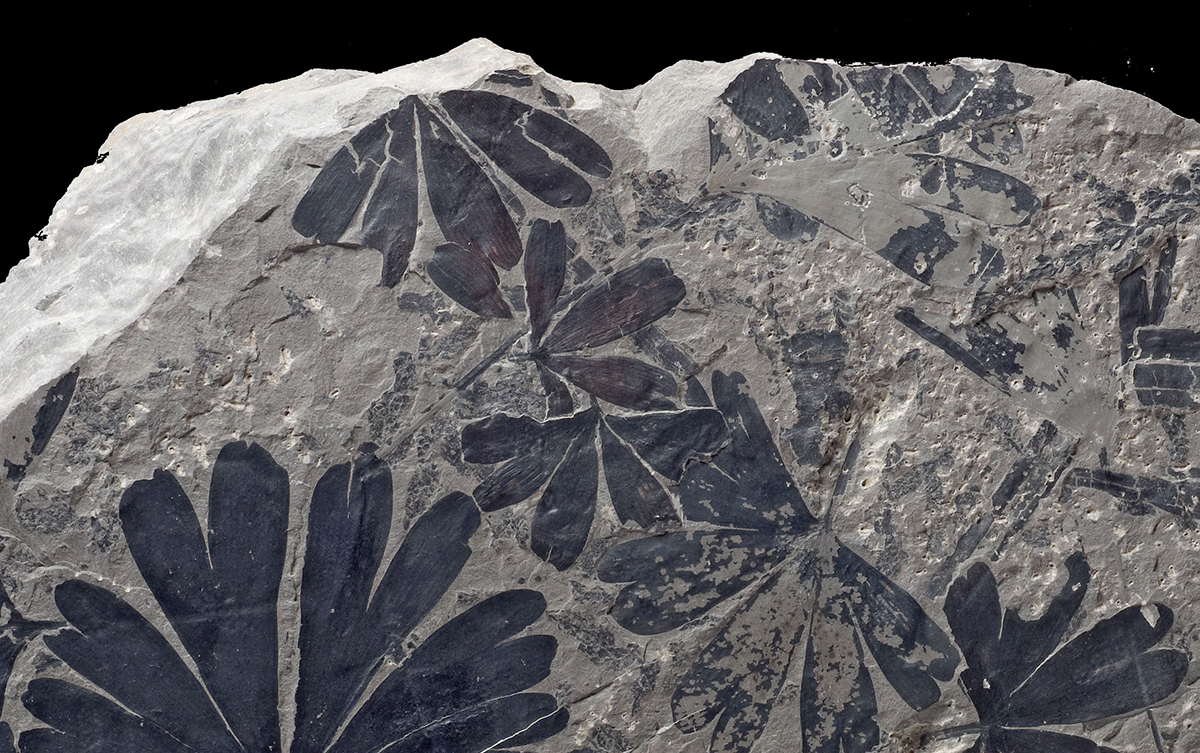 For the first time, researchers have succeeded in establishing the relationships between 200-million-year-old plants based on chemical fingerprints. Using infrared spectroscopy and statistical analysis of organic molecules in fossil leaves, they are opening up new perspectives on the dinosaur era.

The unique results stem from a collaboration between researchers at Lund University, the Swedish Museum of Natural History in Stockholm, and Vilnius University.

“We have solved many questions regarding these extinct plants’ relationships. These are questions that science has long been seeking answers to”, says Vivi Vajda, a professor at the Department of Geology at Lund University and active at the Swedish Museum of Natural History.

The researchers have collected fossil leaves from rocks in Sweden, Australia, New Zealand and Greenland. Using molecular spectroscopy and chemical analysis, the fossil leaves were then compared with the chemical signatures from molecules in plant leaves picked at the Botanical Garden in Lund.

The use of genetic DNA analysis in modern research to determine relationships is not possible on fossil plants. The oldest DNA fragments ever found are scarcely one million-years-old. Therefore, the scientists searched for organic molecules to see what these could reveal about the plants’ evolution and relationships.

The molecules were found in the waxy membrane, which covers the leaves and these showed to differ between various species. The membrane has been preserved in the fossil leaves, some of which are 200 million-years-old.

Using infrared spectroscopy, the researchers carried out analyses in several stages. Firstly, they examined leaves from living plants that have relatives preserved in the fossil archive. The analysis showed that the biomolecular signatures were similar among plant groups, much in the same way as shown by modern genetic DNA analysis.

When the method was shown to work on modern plants, the researchers went on to analyse their extinct fossil relatives. Among others, they examined fossil leaves from conifers and several species of Ginkgo. The only living species of Ginkgo alive today is Ginkgo biloba, but this genus was far more diverse during the Jurassic.

“The results from the fossil leaves far exceeded our expectations, not only were they full of organic molecules, they also grouped according to well-established botanical relationships, based on DNA analysis of living plants i.e. Ginkgoes in one group, conifers in another,” says Vivi Vajda.

Finally, when the researchers had shown that the method gave consistent results, they analysed fossils of enigmatic extinct plants that have no living relatives to compare them with. Among others, they examined Bennettites and Nilssonia, plants that were common in the area that is now Sweden during the Triassic and Jurassic around 250–150 million years ago. The analysis showed that Bennettites and Nilssonia are closely related. On the other hand, they are not closely related to cycads, which many researchers had thought until now.

Per Uvdal, Professor of Chemical Physics at Lund University and one of the researchers who conducted the study, considers that the overall results are astounding.

“The great thing about the biomolecules in the leaves’ waxy membranes is that they are so much more stable than DNA. As they reflect, in an indirect way, a plants DNA they can preserve information about the DNA. Therefore, the biomolecules can tell us how one plant is related in evolutionary terms to other plants”, he says.

The researchers are now going to extend their studies to more plant groups.