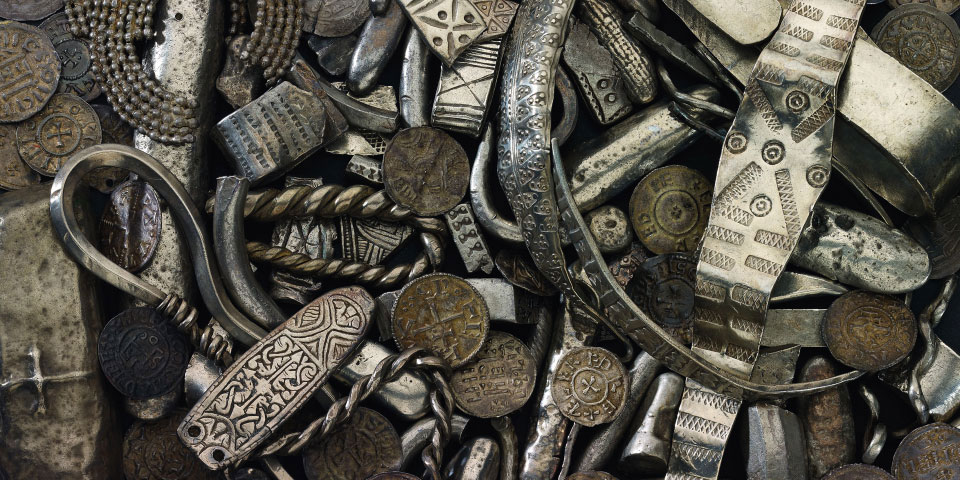 The Vikings in Berlin

In the exhibition, “The Vikings”, the great museums of three of Europe’s cultural capitals – Copenhagen’s National Museum of Denmark, London’s British Museum and Berlin’s Museum of Prehistory and Early History – set out in search of a people shrouded in myth: the Norsemen. Although many of the exhibits are displayed in all three locations, each stage of the exhibition nevertheless has a unique character of its own.

The Berlin exhibition centres around the restored Danish longship, Roskilde 6, which is on display for the first time. The huge vessel takes up the whole of the large atrium of the Martin-Gropius-Bau. At 37 metres long, it is the largest Viking ship so far discovered, and it forms the focal point of the exhibition. It was built around 1025 for use as a warship and was rediscovered in the harbour area of the town of Roskilde in 1996/97. A section of the hull and the entire 32 metre-long keel of the vessel have survived. After meticulous conservation lasting from 1997 to 2012, the original timbers are now embedded in a specially made steel framework which recreates the shape and original dimensions of the ship.

A highlight of a quite different kind is provided by shipbuilders from the Viking Ship Museum in Roskilde. Throughout the entire duration of the exhibition they will be at work, reconstructing a Viking longship using techniques originally employed by the Vikings themselves. This project is being funded by the Danish Krak Foundation and the Danish embassy. But it is not only inside the museum that Viking vessels can be seen. On 6 September 2014, a real Viking longship, the “Havhingsten fra Glendalough” (Sea-stallion from Glendalough) will arrive on Berlin’s River Spree, manned by six oarsmen. The transportation of the ship and its crew have also been funded by the Krak Foundation.