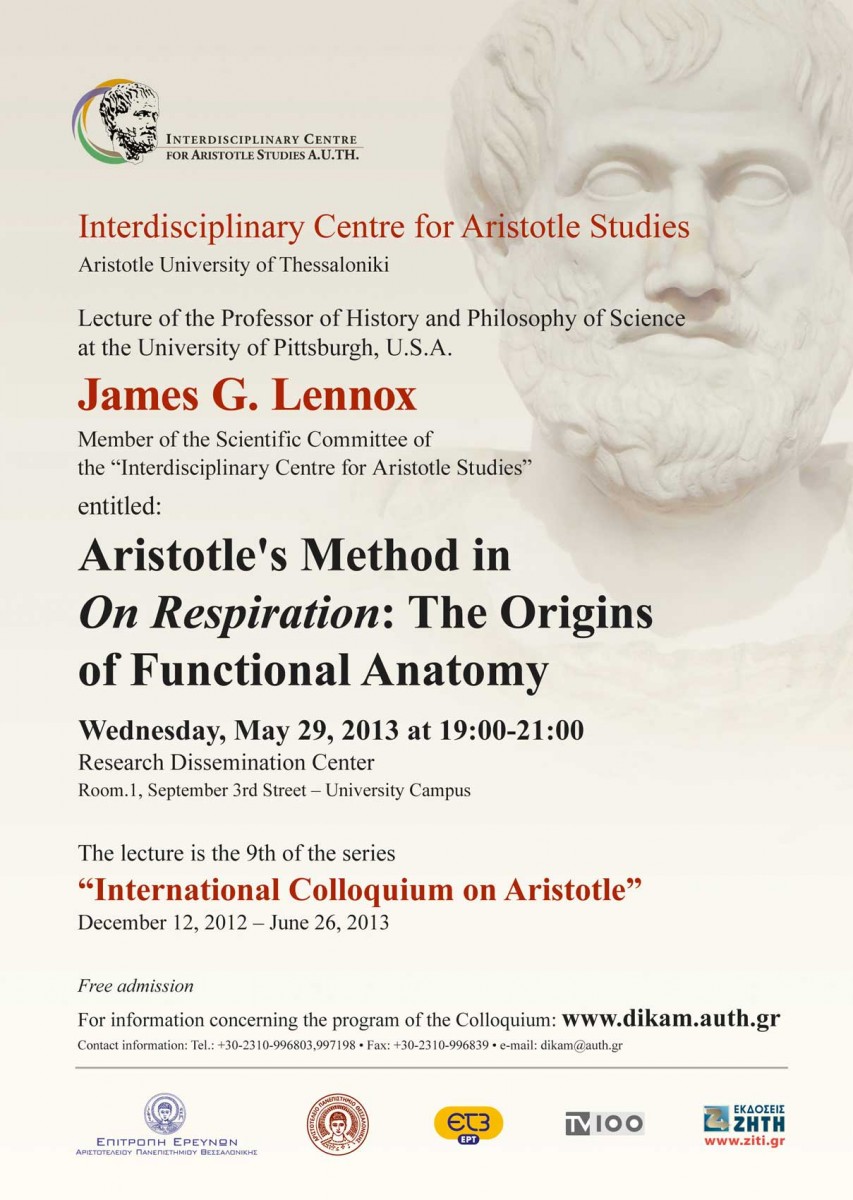 Aristotle’s Method in “On Respiration”

“Aristotle’s Method in On Respiration: The Origins of Functional Anatomy”

Lecture by James Lennox, Professor of History and Philosophy of Science at the University of Pittsburgh (USA), Member of the Scientific Committee of the Interdisciplinary Centre for Aristotle Studies.

The lecture is the 9th of the series of the “International Colloquium on Aristotle”.

This lecture discusses research that Dr. Lennox has been doing for the last two years on Aristotle’s investigation of the function of respiration. In the process of this investigation, Aristotle discovers that gills, which are anatomically completely unlike lungs, use water for the same function as lungs use air. My work has established that one can learn a great deal about Aristotle’s actual practices as a comparative anatomist from his written presentation of the results of his investigation.

Those practices turn out to be far more sophisticated that one would expect, and I argue that sophistication of Aristotle’s research derives from him having reflected on what the aims of zoological investigation should be and how an investigation would need to be organized to accomplish those aims. One of the animals I will discuss that was extremely important to Aristotle’s research is a newt known today as Triturus macedonicus, which can be found in ponds not far from Thessaloniki.