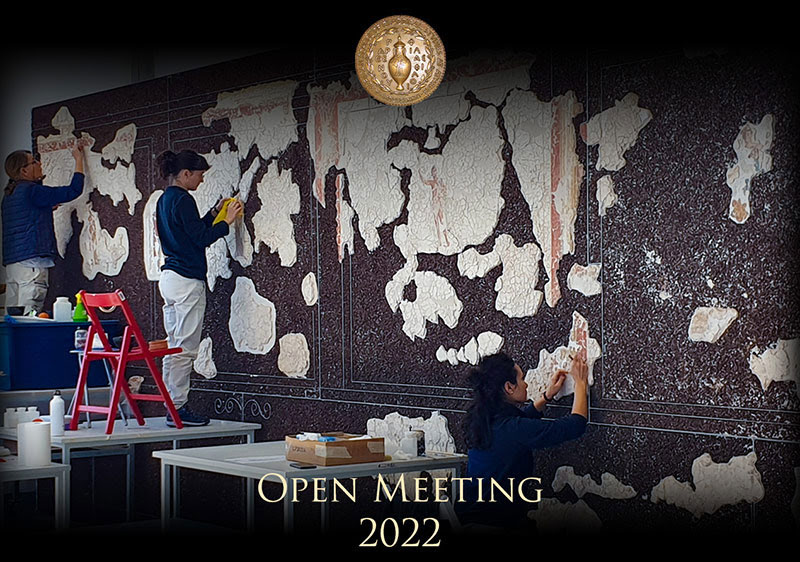 The American School of Classical Studies at Athens invites you to the Annual Open Meeting on Friday, May 6, 2022, at 7:00 p.m. EEST (Greece)/12:00 p.m. EDT (U.S.) in Cotsen Hall* or online. Keynote speaker Jenifer Neils, Director of the American School, will be joined by Charles K. Williams II and Roberto Nardi to discuss the School’s diverse initiatives.

Jenifer Neils, Director of the American School : “The Work of the School”

Jenifer Neils (A.B. Bryn Mawr College, Ph.D. Princeton University) is the Director of the American School of Classical Studies at Athens—the first woman to hold that position in the School’s history. Formerly the Elsie B. Smith Professor in the Liberal Arts and the Ruth Coulter Heede Professor of Art History at Case Western Reserve University, she served as Chair of the American School’s (academic) Managing Committee from 2012 to 2017. As a field archaeologist, she has excavated in northern Greece (Torone), Tuscany (Poggio Civitate), and Sicily (Morgantina), and she has published material from all of these sites. A former curator of ancient art at the Cleveland Museum of Art (1980–1986), she has organized two major exhibitions on the ancient world: Goddess and Polis: The Panathenaic Festival in Ancient Athens (1992) and Coming of Age in Ancient Greece: Images of Childhood from the Classical Past (2003). As an art historian, she has written extensively on the Parthenon sculptures, Athenian vase painting, and iconography. She has written two books for the British Museum (The British Museum Concise Introduction to Ancient Greece [2008] and Women in the Ancient World [2011]), and most recently co-edited The Cambridge Companion to Ancient Athens (2021) and From Kallias to Kritias: Art in Athens in the Second Half of the Fifth Century B.C. (2022), papers from a conference held at the American School. Prof. Neils has held a number of distinguished fellowships, including at the American School of Classical Studies at Athens, the American Academy in Rome, the Getty Research Center, and the Center for British Art at Yale University. She has been a visiting professor at the University of California at Berkeley and Johns Hopkins University, and she was the Martha Sharp Joukowsky Lecturer of the Archaeological Institute of America, an institution for which she also served for four years as Vice President for Publications.

Roberto Nardi gained a degree in archaeology from the University of Rome La Sapienza in 1982, and a degree in conservation of archaeological materials and structures at ICR – Istituto Centrale per il Restauro, where he specialized in stone conservation in 1982. In the same year, he founded the Centro di Conservazione Archeologica (CCA), a private company operating on public commission in the field of conservation of ancient monuments and archaeological sites, including professional training in conservation. He has directed over 50 projects in 10 countries, on monuments and sites such as the Arch of Septimius Severus and the Temple of Vespasian in the Roman Forum, the Roman town of Zeugma, Turkey, the mural paintings of the Madrasa Amiriya in Yemen, and the mosaics of Saint Catherine in Sinai. Roberto has published over 80 technical articles, being co-editor of 7 volumes on conservation.

*Guests attending Cotsen Hall events are required to wear a mask and to present valid COVID-19 vaccination certificates or certificates of recovery (valid for 180 days) along with ID.