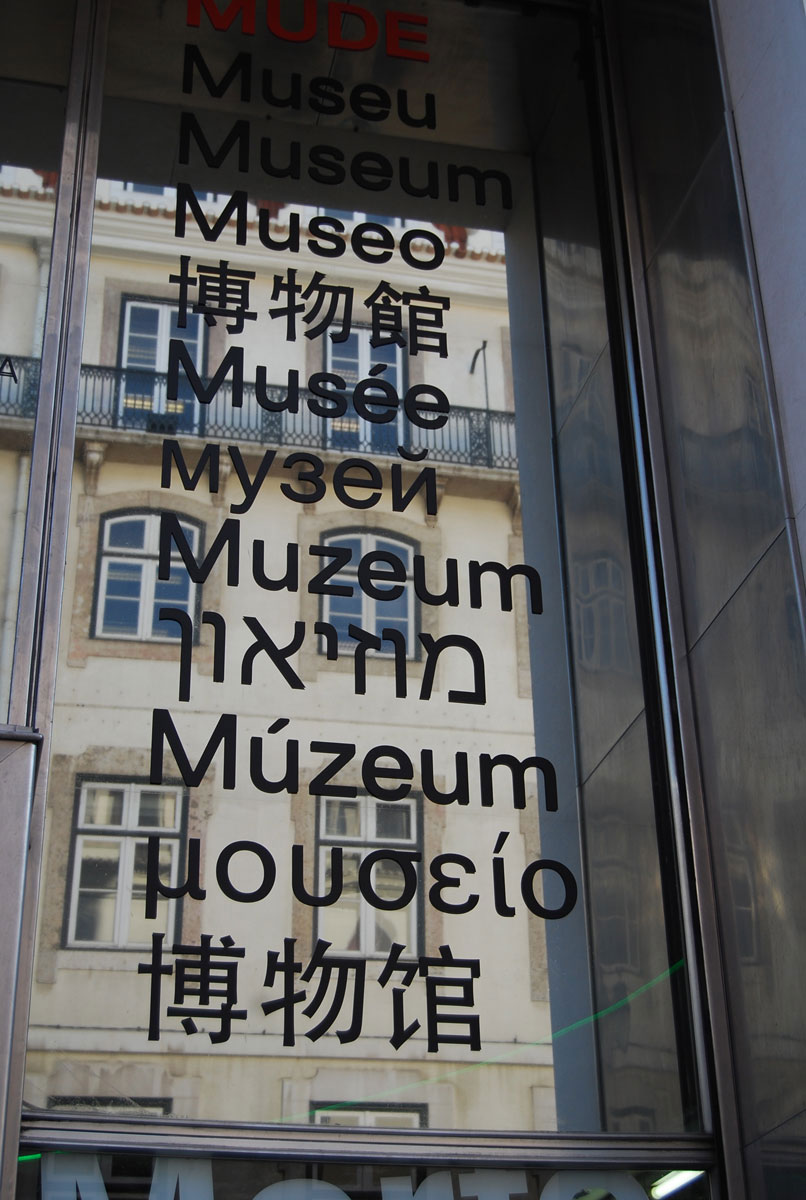 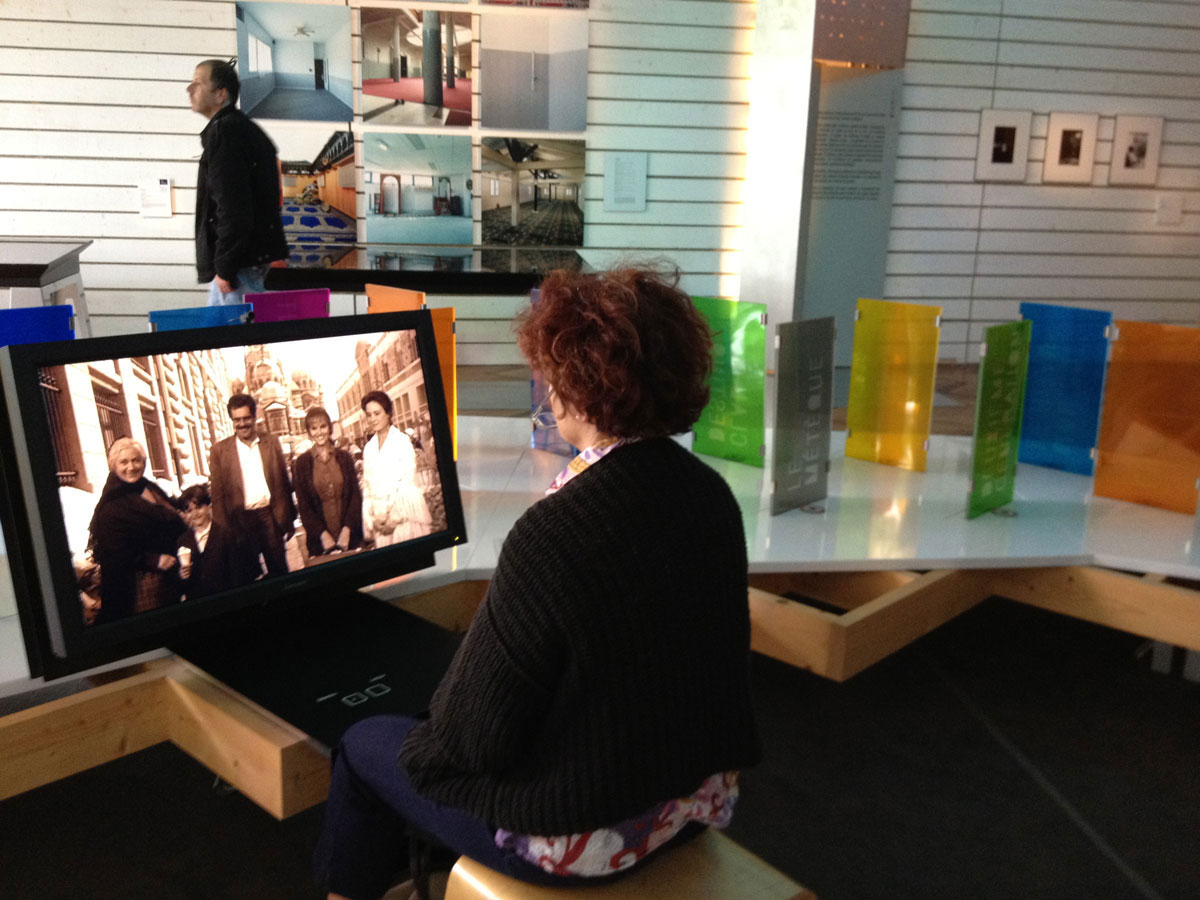 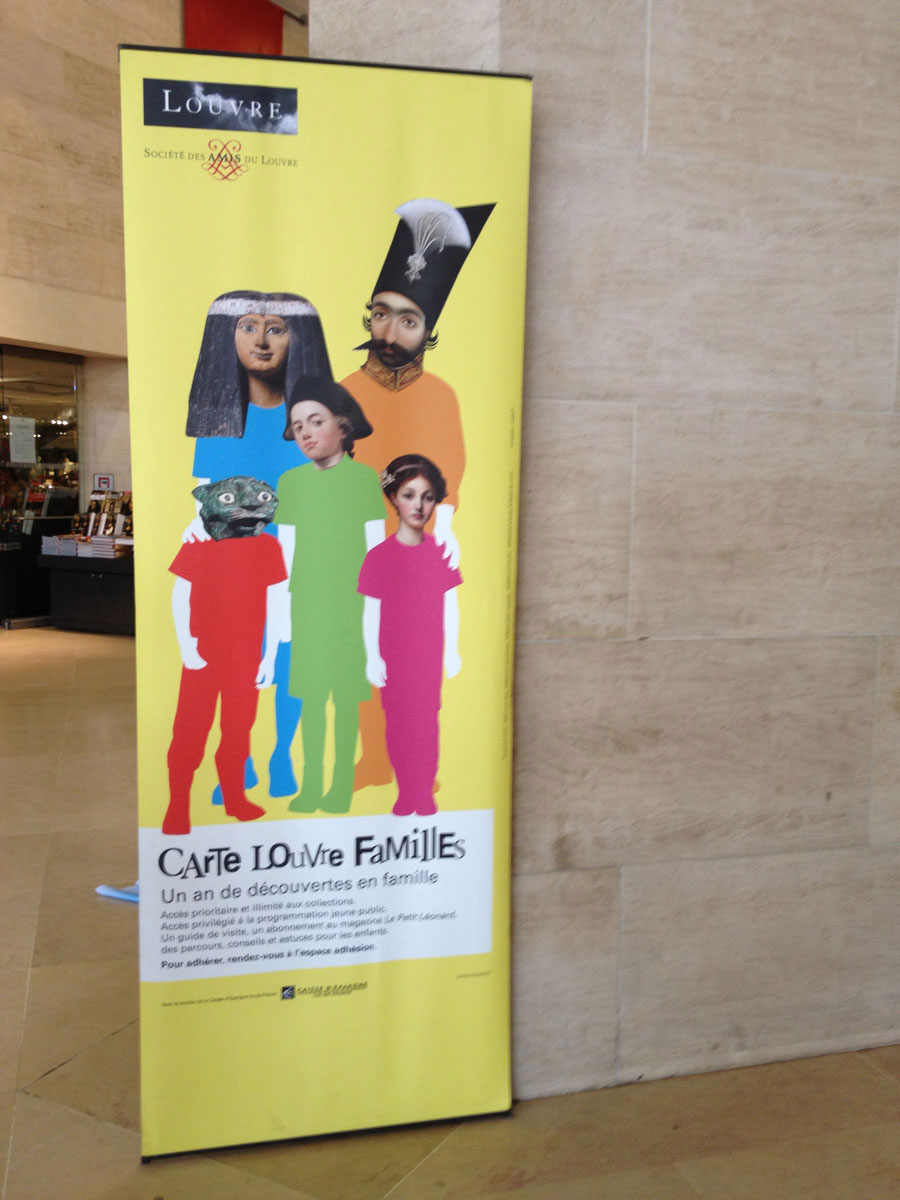 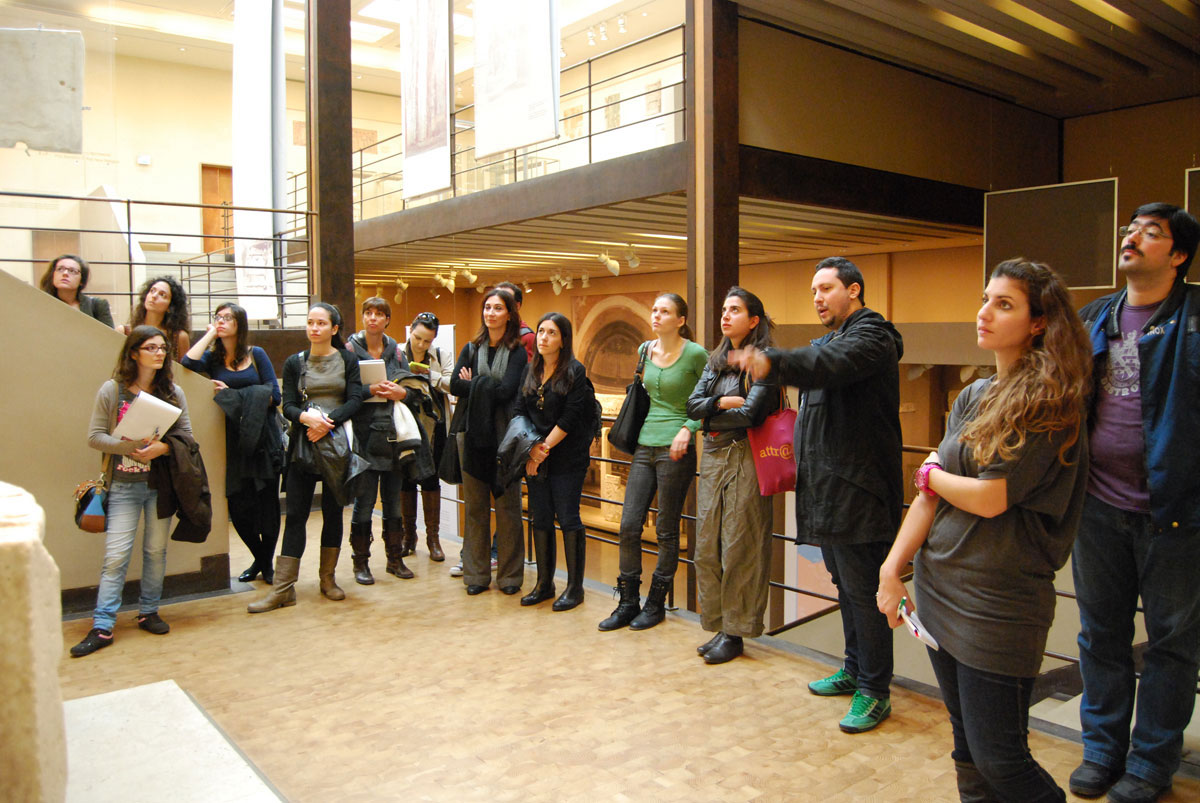 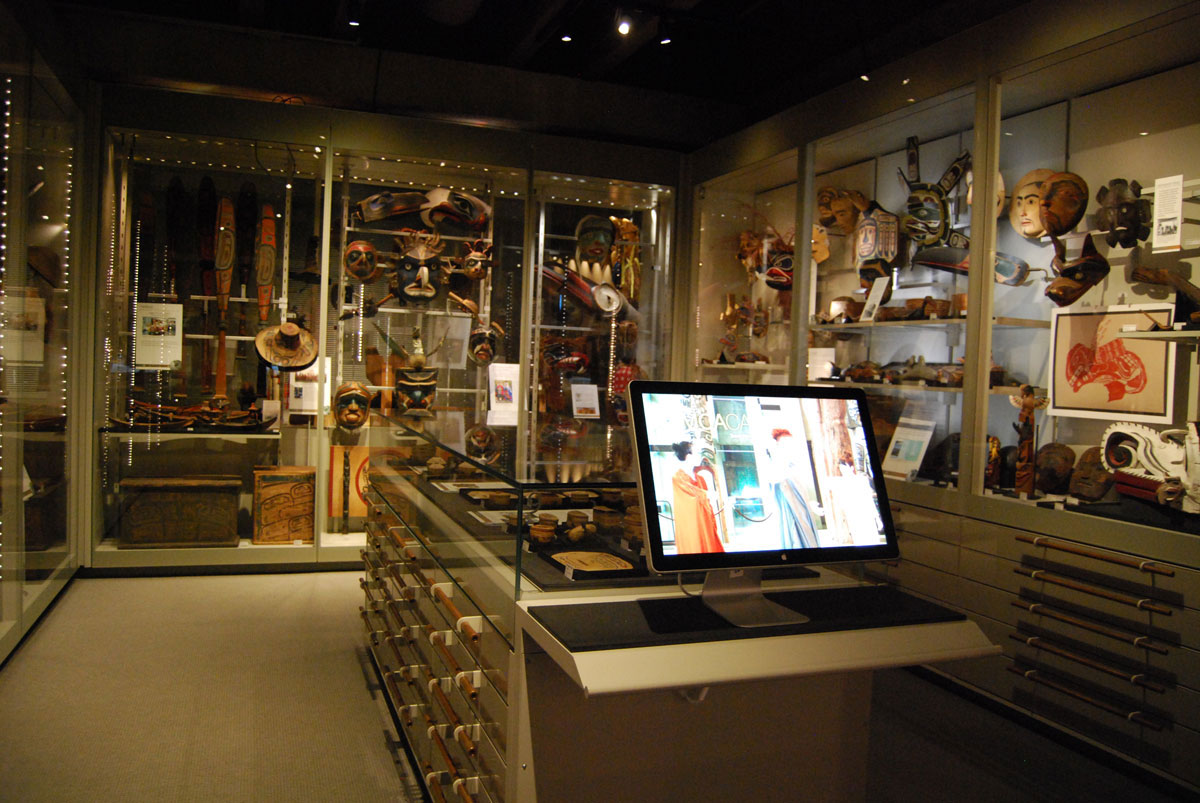 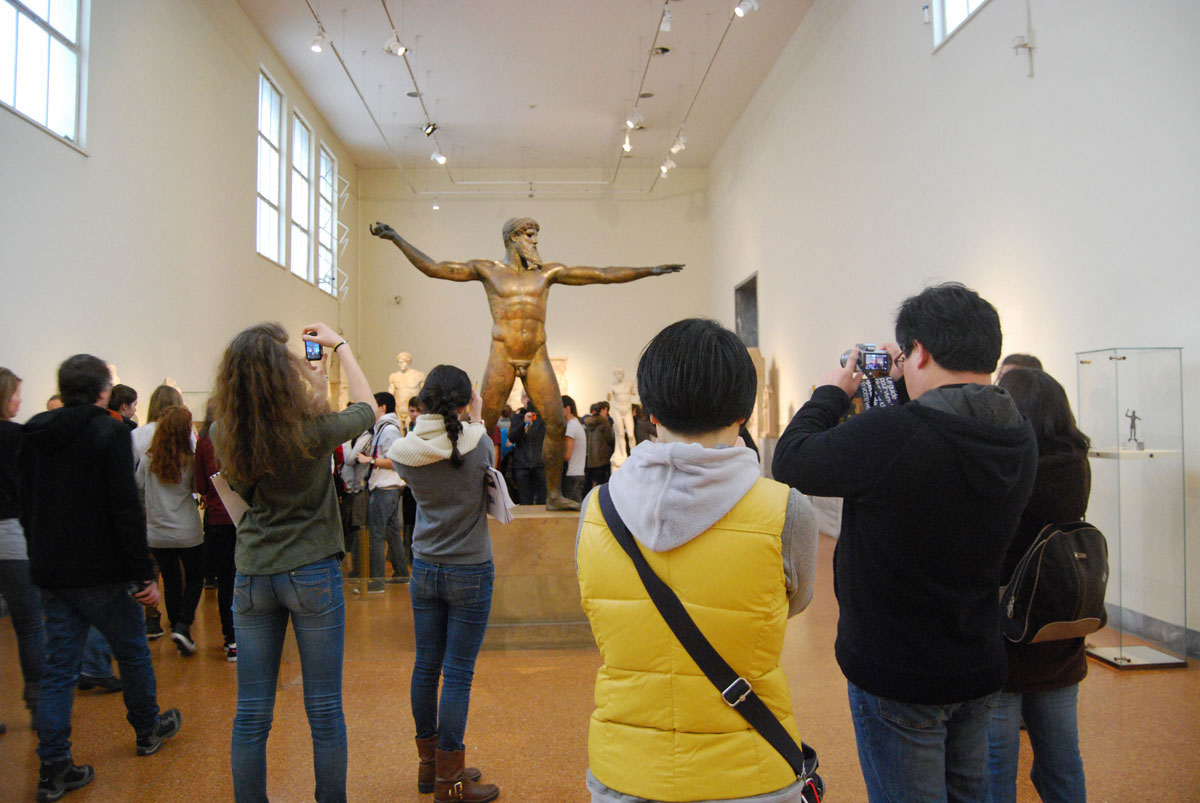 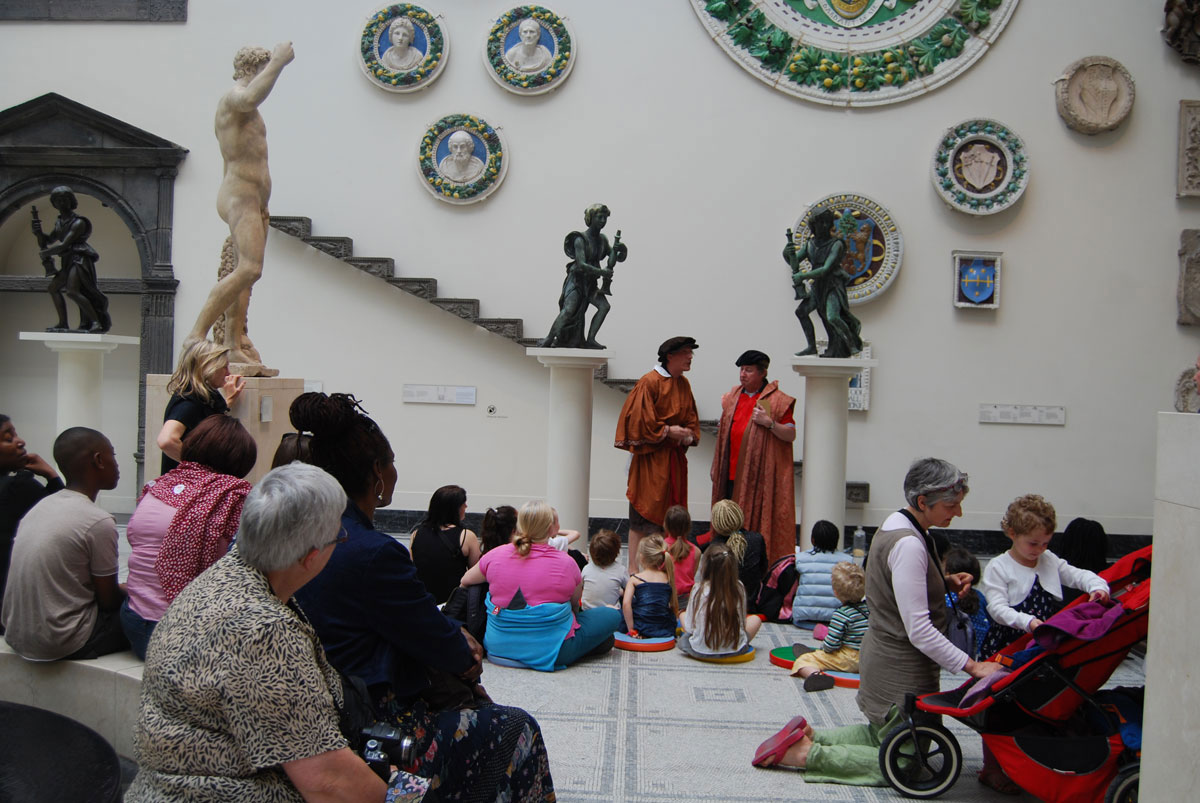 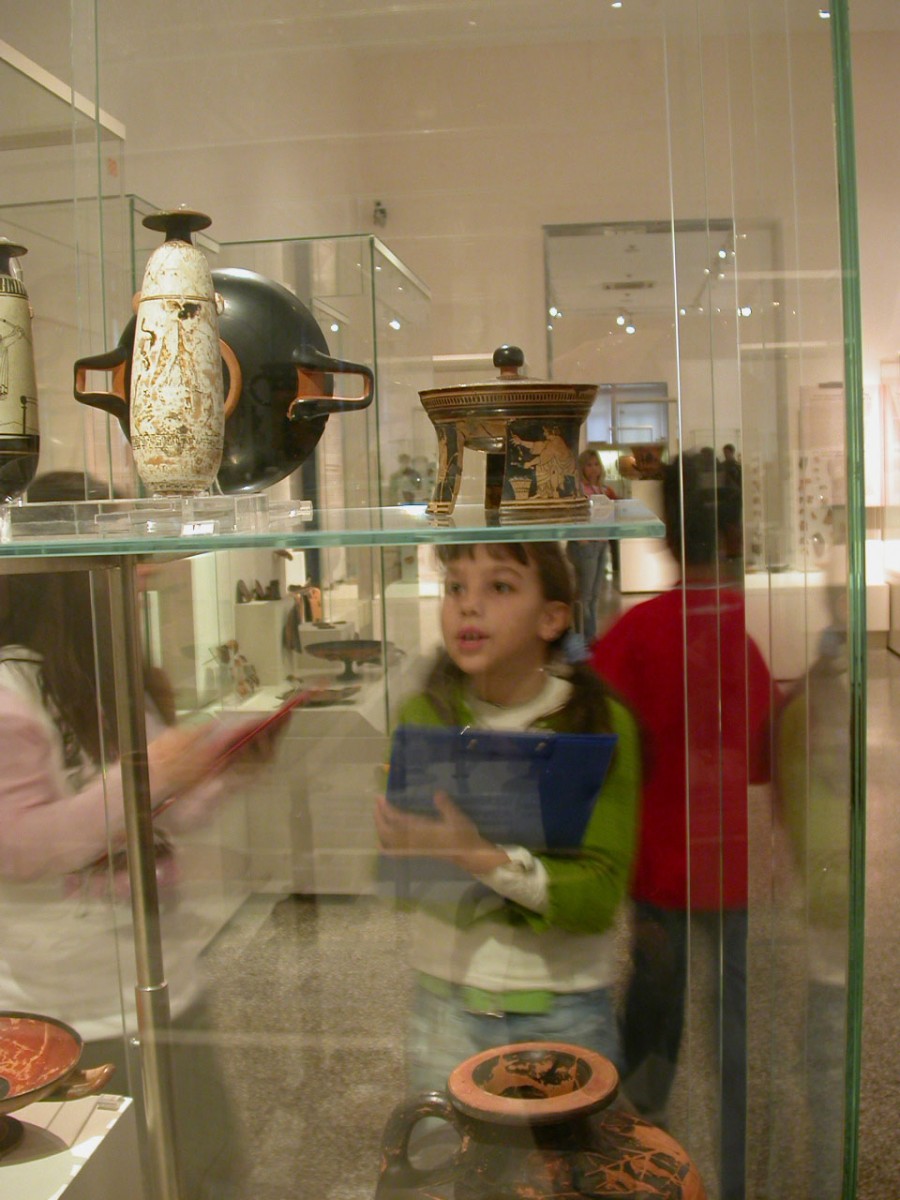 Fifteen years ago in 1999, the journal Αρχαιολογία και Τέχνες (Archaeology and Arts) hosted a special issue on Museology providing an arena for the then young professional museologists and the possibility to express themselves for the first time. The latter shared their knowledge, thoughts, confirmations, research related concerns and paradigmatic activities with a wide public of readers through a variety of articles organized in four unities and an equal number of issues (no. 70-73) expressing a different approach to museums, history, their theory and practice.

As coeditor of that special issue together with my colleague Alexandra Bounia, I recall the courageous venture (given that period) to socialize museology that is anyway a social science, a venture that was supported in practice both by the people of the journal and by the Greek and foreign writers who collaborated on the composition of the material for the special issue.

The first part of the special issue entitled «Εισαγωγή στη Μουσειολογία» (An introduction to Museology) (issue no 70, pp. 38-58) included four articles that intended to collect essays discussing the mark made by the science of museology at the turn of the 21st century: for a start through an overview of the history of the museum institution through the ages (A. Gazi), a critical presentation of the interrelation of museum theory and practice whose synthesis creates particular cultural frameworks with cultural outcomes (S. Pearce), a reappraisal of the New Museology along with the projects as well as their findings in the decade following the first edition of the classic anthology The New Museology (P. Vergo) and the interpretive framework that each time defines the creation of a museum exhibition, as well as ideological challenges that arise depending on the subject matter and the social context of each exhibition choice (M. Mouliou, A. Bounia).

In part two entitled «Μουσεία: η λειτουργία τους με επαγγελματικό τρόπο» (Museums: their function in a professional manner) (issue no 71, pp. 38-43) as we noted as editors in our introductory note, the articles’ aim was to shed light on the precise details of museum work, to broaden their parameters and to discuss the possibilities of establishing a single professional conscience. In other words, we had then made a first attempt to chart the museum profession and its multiple dimensions, both in the international and Greek museum environment, making effective use both of the views of foreign researchers and teachers and the personal experiences of Greek museologists and museum educators (M. Bieber, G. Kavanagh, E. Myrogianni, St. Papadopoulos).

In the third issue, whose general topic was on «Μουσείο και Επικοινωνία» (Museums and Communication) (issue no 72, pp. 42-61), we had wanted to enhance the topic’s many dimensions (on knowledge, learning, interpretation, visitors’ research, evaluation et al) and to argue that communication is at the foundation of the ideology of a museum organization and not just one of its organizational strategies. The articles by N. Merriman, E. Hooper-Greenhill, Th. Mousouri, and M. Economou shared  experiences and practices from the international and local museum scene as to how museums can be construed as bearers of values and quality playing an openly  multidimensional role in society.

Last, the fourth and longest part of the special issue entitled «Μουσειολογία: Ιστορία, θεωρία και πρακτική» (Museology: history, theory and practice) (issue no 73, pp. 40-74) focused on the presentation of a series of projects related to various scientific interests of Museology such as those supported at the time by the research and practical work of Greek female museologists and researchers. The following women shared common characteristics, not only in age as they came from the same generation, but mainly in matters of science having been brought up on the principles of new Museology through their training in important schools of museum studies in England (A.Gazi, D.Kalesopoulou, M.Mouliou, Th. Mousouri, A. Bounia, A. Nikeforidou and D. Tzortzaki).

Over the next 15 years, a lot changed in Greece both regarding institutions and legislative regulations on culture, the organization and functioning of museums as well as in society itself and the economy of knowledge and culture. Regarding museology, from being an unknown science it gradually established itself as a significant presence through continual, hard creative work and took on a dynamic role in the country’s museum scene at all the following levels: institutional, ideological, academic, research, practical and publishing. Moreover, the first special issue on Museology in 1999, proved to be a valuable guide for museum professionals, for those involved in culture and education as a whole, by repeatedly offering material for thought, further research and teaching, as proved by numerous bibliographic citations in monographs and articles referring to texts in the special issue.

As the science of Museology in Greece is now in its advanced adolescence close to its coming of age, we considered that the time had come to present a respective special issue on the website of the journal Αρχαιολογία και Τέχνες. This will be aware of current developments, the needs and challenges of the specific field and will promote its important achievements in and outside Greece through the mature exploratory viewpoint of (almost exclusively) Greek Museologists from different generations, fields of activity and positions of responsibility (museums, Ephorates of Antiquities, educational bodies at all levels, freelance professions et al).

The new special issue, like the previous one, is organized in four parts and a total of sixteen articles, each of which focuses on basic fields of modern research and practice in museology both in and outside museums and on the spreading of wider awareness in the general public in what museums can offer. In part one entitled «Μουσειακές σπουδές και μουσειολόγοι στην Ελλάδα. Κεκτημένες εμπειρίες, νέες προκλήσεις και προοπτικές» (Museum studies and museologists in Greece. Acquired experience, new challenges and prospects) which I introduce extensively in this prologue, representatives of three generations of museologists map the landscape of museology and share their knowledge, speculations and proposals. Matoula Skaltsa opens the special issue with an extremely interesting and useful retrospective history of Museology as a scientific field in Greece, both as subject matter for teaching and research at an undergraduate and post graduate level and as an applied systematic scientific practice considering the difficulties in the Greek labour market. The panoramic view and thorough documentation of the issues she raises make her text a valuable guide in both the mapped and still unmapped fields of museology in Greece. Andromache Gazi focuses on the teaching of Museology and how it can develop in an exemplary way by organizing student exhibitions in museums. She also briefly describes, but with her usual concisely written and clear style, her experience as coordinator in the designing of such activities by students in this field as part of the overall philosophy of the Department of Communications, Media and Culture of the Panteion University for the training of those studying «Πολιτισμός και Πολιτιστική Διαχείριση» (Culture and Cultural Management). Panagis Koutsokostas, a representative of the new generation of art exhibition curators with an education and specialization in museology, reveals in a text rich in theoretical reflection, his own sources of inspiration  that have marked his already impressive course towards building a professional identity and a scientific method of reasoning. He also explains how theory in museology can contribute to the curating of art exhibitions by a composite processing of old tools and new incentives.

In part one’s final article, Marlene Mouliou attempts to map the professional courses of museologists in Greece, tracing the factors that determined their training, their professional development and their current personal mark on museology. This venture is based, on the one hand, on theoretical approaches to museology’s interdisciplinary nature and its organizational look at humans and human groups. On the other hand it processes the data of this writer’s original research attempt to collect opinions and experiences of Greek museologists thus contributing to the discussion on museum professionalism in Greece.

The subsequent second and third parts include four articles each highlighting in its own way the theoretical and practical choices and challenges of museums in the 21st century. As a foretaste of this interesting mixture I shall briefly refer to their topics; the concept of a museum and a collection as a field of reference and inspiration for the artists within the traditional critical approach (A.M. Kanda), European national museums and the European citizen (A. Bounia), ethnographic museums in the 21st century, their challenges and prospects (E. Solomon), the challenge of relocating the Museum of Greek Folk Art (Elena Melide, A. Nikeforidou), the concept of the the “Learning Museum” as it developed within the framework of the European programme by the same name (M. Sani), the concept of the “Viable Museum” through the development of collaborations and resources (A. Stamatelou), the challenges and achievements of the “Digital Museum” (K. Arvanites) as well as the necessity of designing a “Museum accessible to all” (A. Kalou).

Last, the fourth part of the special issue will focus on museum education as an instrument of methodology, as a need and an experience both in museums with children as a main target group as well as in schools so as to promote the influence of museology as a concept and method and the important role played by the museum educator. There will be a presentation of ideas and thoughts on a museum centred round the child (D. Kalesopoulou), museum education for preschool children (B. Delegiannidi), primary school (A. Chalikia) and secondary school (K. Kosti).

In his book Eccentric Spaces (2000) Robert Harbison reminds us that “it is rather pointless or useless to write instructions on how to use a dictionary or a museum because it is like trying to write instructions on how the human mind can be used”. Museology, however, tries to serve just that purpose, namely to establish a theory and practical rules that aim to improve the protection and understanding of the material and immaterial world surrounding us. The need for this broad range of knowledge, research, thought and perception for the understanding and functioning of a museum as a phenomenon-we use the term in its broadest contemporary sense that exceeds the natural boundary of a museum building and is equivalent to cultural heritage itself- is perhaps the most basic feature of the science of museology combined with its interdisciplinary nature. This is why we hope that also the new collection of articles on museums and museology will attract everyone’s attention besides that of the “specialists”, since a museum concerns man himself, his life and environment in all their multidimensional and thrilling manifestations.

Lecturer of Museology, Department of History and Archaeology,

National and Kapodistrian University of Athens