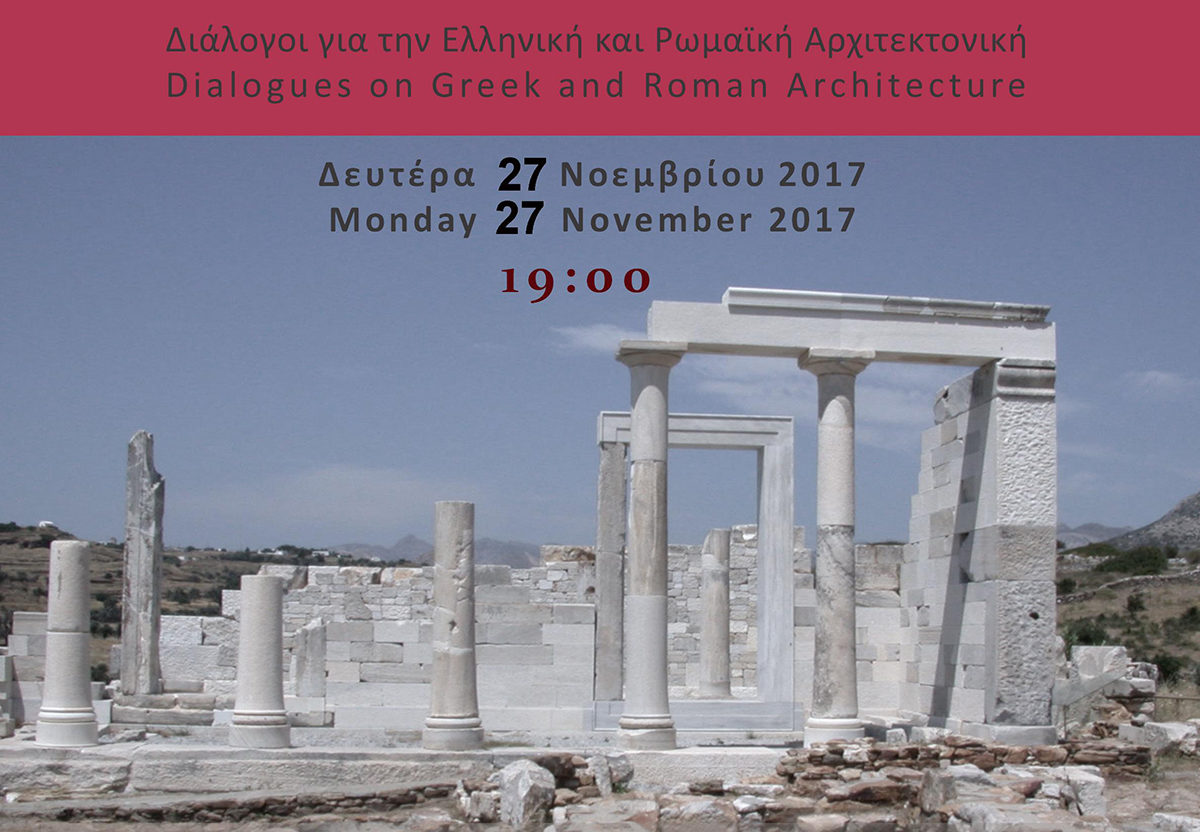 Some aspects of the ancient architecture of the Cyclades

The next lecture of the “THE CIRCLE, Dialogues for Greek and Roman Architecture” will be given by Aenne Ohnesorg (Technical University of Munich), with the title: “Some aspects of the ancient architecture of the Cyclades”.

Though already much is published on the ancient architecture of Naxos and Paros and other Cycladic islands there are always some new and still unpublished items to discuss. I will begin with a brief look at the architectural remains of the Prehistoric and Mycenaean periods in the Cyclades and then concentrate on the architecture of the “Geometric” and Archaic periods in Cycladic sanctuaries. The four main building phases of the sanctuary of Yria on Naxos will be presented and compared to contemporary architectural remains in other Cycladic cult sites as well as cult sites in other parts of Greece.

For the earlier periods we know very little of the upper structure of the buildings; thus the reconstructions are rather speculative. From the middle of the 6th onwards we have good information about the structure and orders of the temples. Thanks to the circumstance that many of the members of the Cycladic architecture are of marble—even ceiling beams and rafters—we can reconstruct whole entablatures and roof structures. I will present in detail special architectural forms developed in the Cyclades, known as the “Island Ionic” order, which differs from the East Ionic order. In the later 6th c. BC the (temple) architecture was influenced by Doric tendencies which caused a mixture, the “Island Doric” order. I will give some examples that also show the difference between this island order and the Doric order on the Greek mainland. The “architectural blossoming” of the Cyclades in the 6th c. BC also partly influenced the Attic Ionic architecture.

The lecture will be held in English