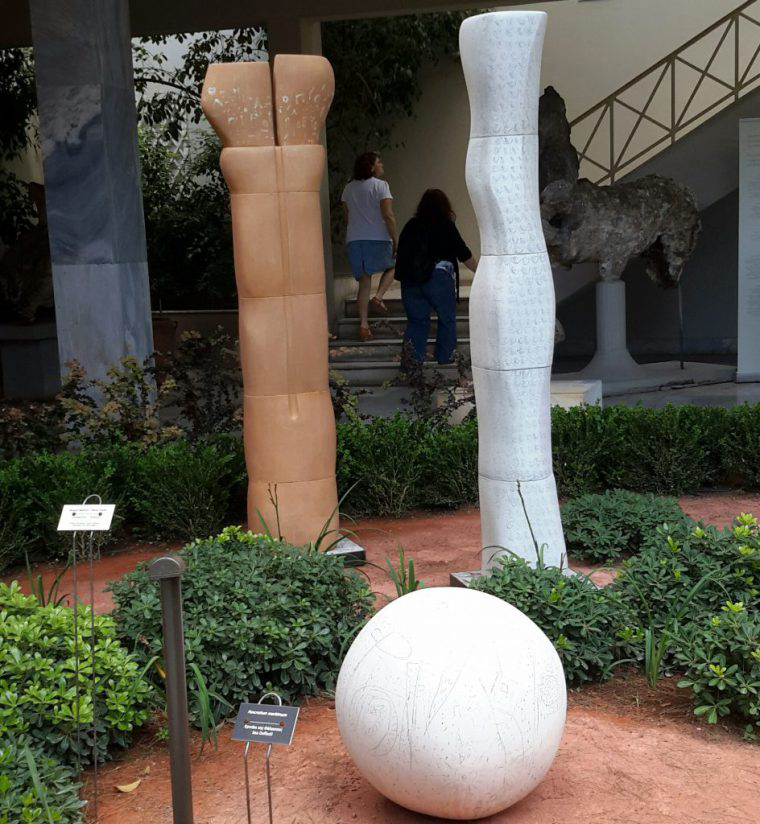 Ceramic Art Past and Present, 2016

A group exhibition at the National Archeological Museum in Athens. Five well known Greek women ceramists exhibit their work at the atrium of the museum surrounded by the beautifull trees and plants. M.Vlandi, V. Gounela, C. Morali, L. Bakogianni, E. Spilioti. The works were inspired by the Museum’s pieces of art. The exhibition will run until the end of October.

The 3rd of October 2016 will mark the 150th anniversary of the foundation of the National Archaeological Museum. In the long course of its history the largest museum in Greece has succeeded in protecting and promoting the most important antiquities from all over the country, attracting millions of visitors and demonstrating that ancient works besides the objective view of the past can offer reasons for excitement and spur genuine inspiration.

Source for artistic creation for Maria Vlandi, Voula Gounela, Christina Morali, Lily Bakoyannis and Efi Spilioti is clay, a malleable material found in abundance on earth and a tangible message of human presence over the centuries, often as the only residue of a society. Through the collections of the National Archaeological Museum the timeless narrative of clay is expressed in artefacts that recount human life and death, myths, cults, attitudes, habits and needs over a period stretching from the Neolithic societies of the 7th millennium to the Roman Period (5th century AD).

As part of the celebration activities for the 150th anniversary of the National Archaeological Museum the exhibition ‘Ceramic Art Past and Present, 2016’ with the exquisite works of the five artists becomes the thread that connects archetypal art with modern expression and a mark indicating the extent of the response of society to the messages and values – universal, timeless and always highly relevant – emanating from an innovative, open and dynamic museum.