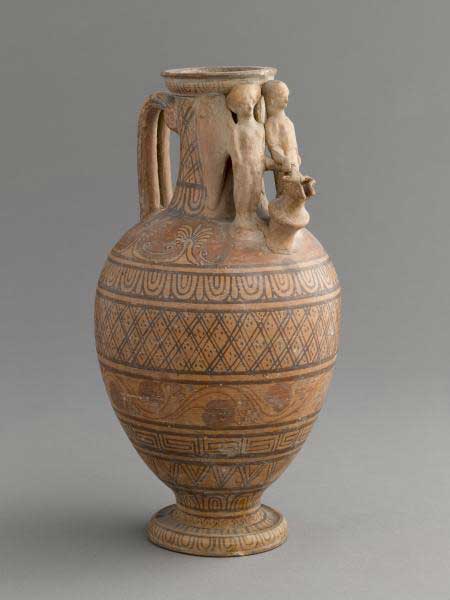 City of Gold: The Archaeology of Polis Chrysochous

The exhibition organised at Princeton University, entitled “City of Gold: The Archaeology of Polis Chrysochous, Cyprus” will focus on the current excavations of the University at the Ancient Kingdom of Marion Arsinoe, where Polis Chrysochous is located today on the western coast of the island. The exhibition will also host findings of previous excavations conducted by the Antiquities Department and the Swedish mission.

This exhibition explores the history and archaeology of Polis Chrysochous, a town in the Republic of Cyprus that is the site of the ancient city of Marion and its successor city, Arsinoe. Celebrating the conclusion of more than two decades of excavations at Polis by the Princeton Department of Art and Archaeology, under the direction of Professor William A. P. Childs, City of Gold will feature 110 objects lent by the Cypriot Department of Antiquities, the British Museum, and the Musée du Louvre, including splendid gold jewelry and a rare marble statue of a kouros, or nude male youth.

City of Gold: Tomb and Temple in Ancient Cyprus has been made possible by major support from the A. G. Leventis Foundation, an anonymous donor, and by the Department of Art and Archaeology and the Stanley J. Seeger, Class of 1952, Center for Hellenic Studies at Princeton University. Additional support has been provided by the Leon Levy Foundation; Hicham and Dina Aboutaam; Jonathan and Jeannette Rosen; Frederick Schultz Jr., Class of 1976; Michael and Judy Steinhardt; the Allen R. Adler, Class of 1967, Exhibitions Fund; Ross and Carol Brownson; Mr. and Mrs. Edward Boshell Jr.; and Donna and Hans Sternberg, Class of 1957. The publication has been made possible by the Barr Ferree Publications Fund, Princeton University and by Annette Merle-Smith. Further support has been provided by the Partners and Friends of the Princeton University Art Museum.