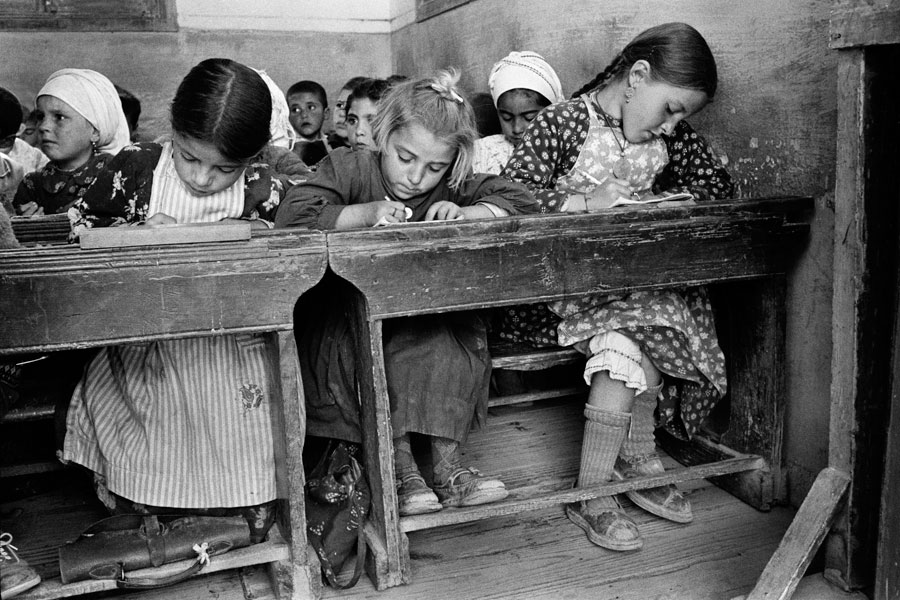 With the occasion of the 50th anniversary of the creation of the multiple-award winning A Greek Portfolio, Constantine Manos re-examines the images he took during the years 1961-1964 (and which he added to in 1967), when he wandered his ancestral land from end to end in a manner that was “leisurely and unplanned, that of a friendly observer” and offers us a different take on his material. In the first section of the exhibit we present a series of original prints from the images that Manos himself selected in 1972 for the book. In the second section, the images were chosen from 219 original prints that the artist recently donated to the Photographic Archive of the Benaki Museum and which were not included in the layout of A Greek Portfolio. These two sections interact with each other, since in their totality they present a worthwhile sample of Manos’ artistic intent. Although they have not had the same exposure, these images that are revealed by Manos for the first time reflect, in no small part due to his poetic abilities, the uniqueness of the land and its inhabitants. The manner in which he approaches his subjects stands out from the prevailing photographic trends of that time, and it operates as a starting point for new photographers as they attempt to capture the Greek countryside.

June
Every Thursday, at 12:00, guided tours by the curators of the Photographic Archives.