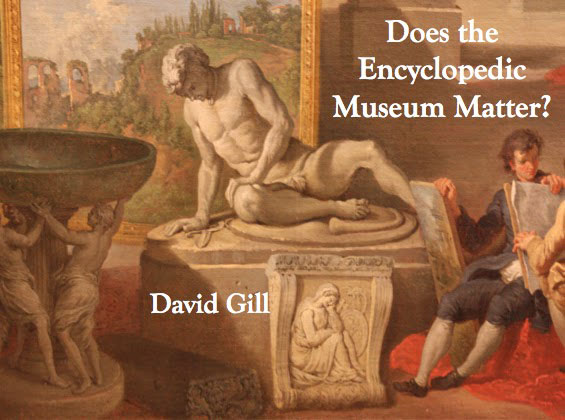 It is ten years since the directors of 19 North American and European museums signed the Declaration on the Importance and Value of Universal Museums. The Declaration was in part a response to historic claims on long-held collections. It made the point that the collections had been formed over centuries and were acquired under conditions that are not comparable with current ones. It asserted that these items had become part of the heritage of the countries that now hosted them. Indeed these museums had created new contexts for the objects as they had passed through different hands. The display of the objects had indeed inspired public and academic interest to explore the range of world cultures. More controversially was the suggestion that world art could best be viewed and understood in juxtaposition with a range of cultures. The Declaration closed with the contention that world culture was enriched with the sharing of such objects in museums around the world. Four of the signatory museums have returned antiquities to Italy in the wake of the revelations of the Medici Conspiracy. Have North American museums changed their position over recently surfaced antiquities? The seminar will consider the role of the encyclopedic museum as part of the debate encouraged by James Cuno.