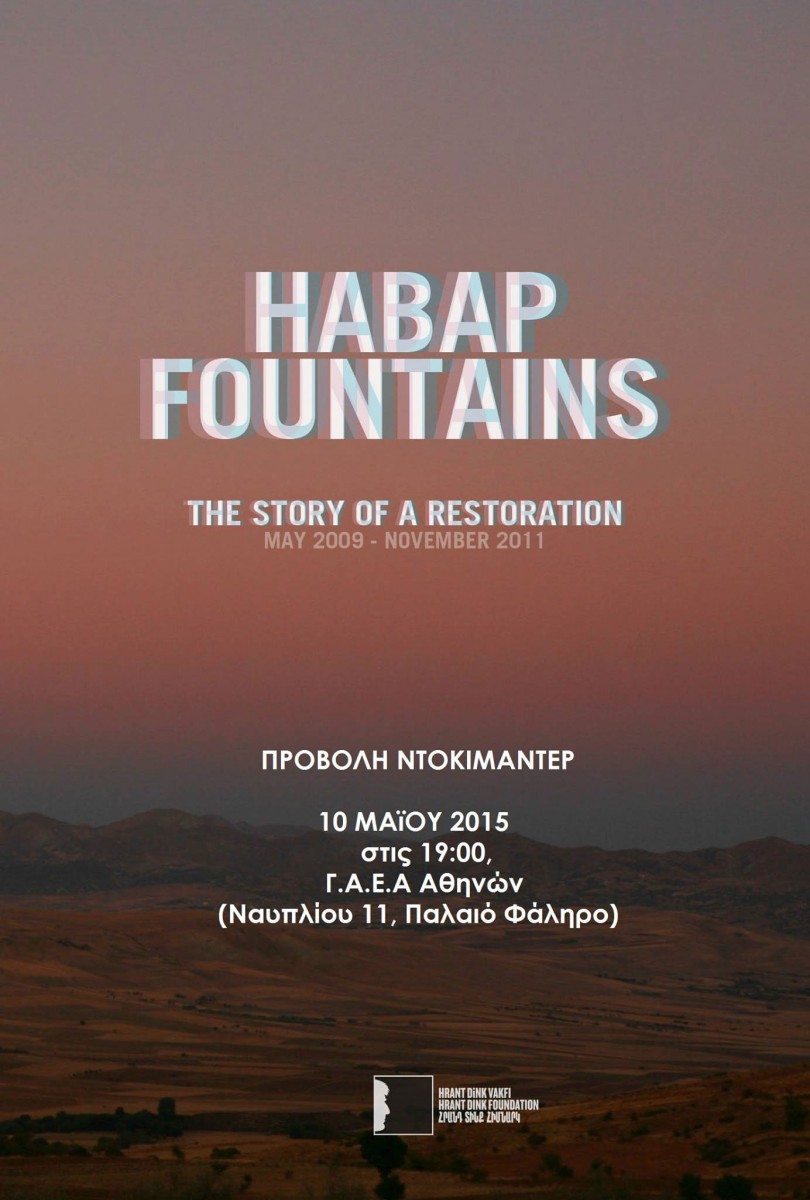 A documentary about two Armenian fountains

The documentary follows the story of the restoration of two fountains in eastern Anatolia (Turkey) built by Armenians hundreds of years ago. After the local Armenians were mostly sent away at the beginning of 20th century, the fountains were destroyed by the new residents of the area due to gold digging and certain state policies. In the framework of a social responsibility project, Armenian, Kurdish and Turkish people worked together to renovate the fountains and make the water run again.

This project started by Fethiye Çetin, who tells the story of her Armenian grandmother in her famous book “My Grandmother”, and the film follows her narration and conversation with people from the village in parallel to the process of the renovation.

The documentary is in Turkish language and the subtitles in Greek.