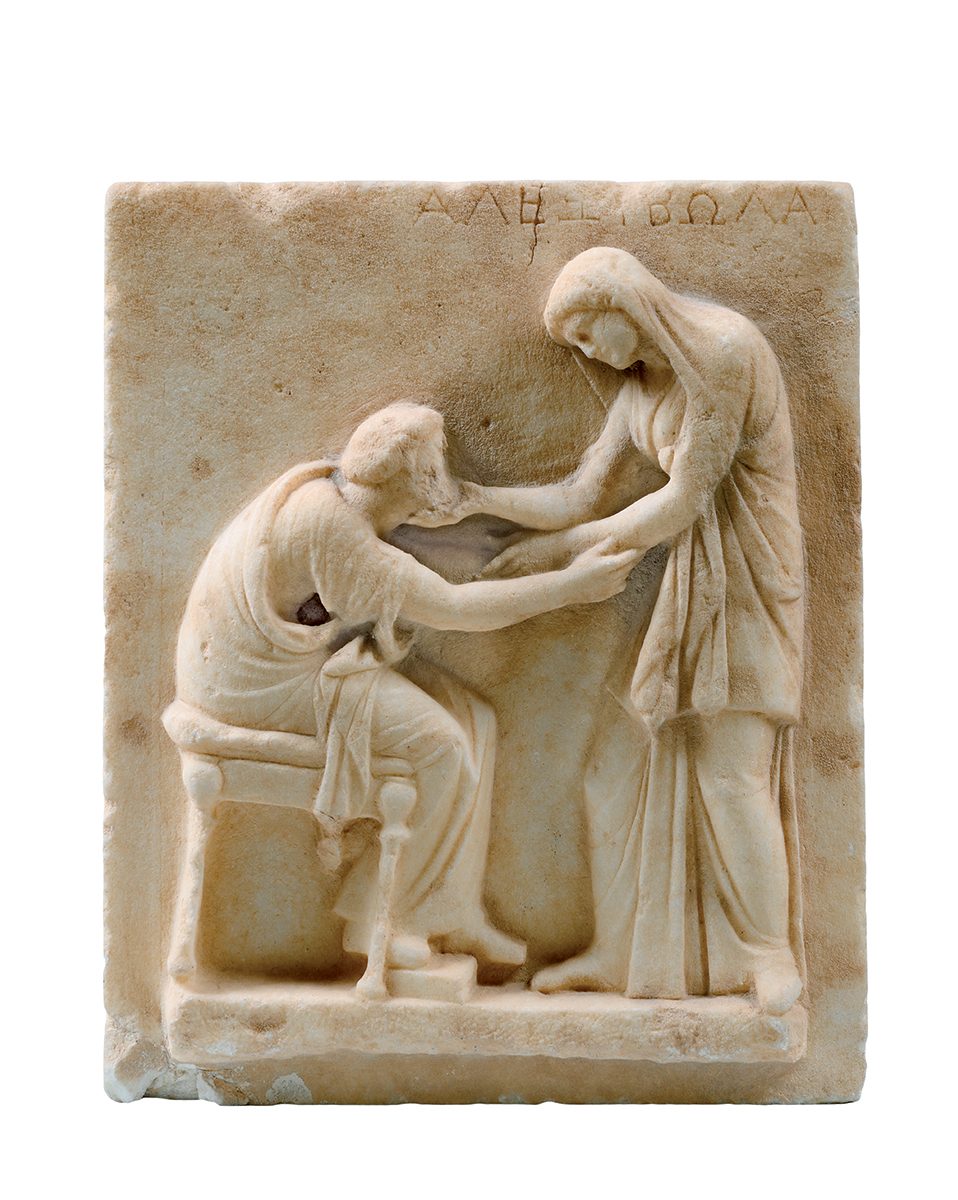 Greece’s top museum and one of the most important in the world, the Acropolis Museum joins forces with the Onassis Foundation, an organization which has been contributing to Culture and Education for 42 years, in a rare and significant partnership. The end result is co-staging in Athens the “εmotions” exhibition, which scored such a huge success at the Onassis Cultural Center, New York.

Exhibits from the world’s greatest museums tell stories of emotions in ancient Greek art through the gaze of the Acropolis Museum. As the Museum’s President, Professor Dimitris Pantermalis, explains: “This is an unusual archaeological exhibition which focuses on the portrayal of the ‘ethos of the soul’ in 129 ancient art-works. Using surprisingly simple but powerful means, the ancient artists depicted bright emotions like desire, love, lust and shame, but also dark passions like madness, fury, revenge and heartbreak”.

For his part, the President of the Onassis Foundation, Dr Antonis Papadimitriou, expressed his joy at seeing the outstanding exhibition transferred to Greece so successfully: “The journey through time and space goes on. After the impressive exhibition at the Onassis Cultural Center in New York, 129 relics from the collections of great Greek and international museums are on their way to the Acropolis Museum. Their mission is the same: to help us empathize with the ancient world and the emotions that ruled it. The exhibition chimes both with the Onassis Foundation’s educational mission and with the current tendency in historical research, which no longer seeks to extract from the past ready-made teachings for the present, but strives instead to convey the visitors into the past and expose them to the ideas that were prevalent in given eras. It is, of course, a great honour that our partner in this project is the Acropolis Museum, an institution synonymous with extroversion in Greek culture and the unique use of exhibits to inform and educate visitors.”

The show’s curators are: Angelos Chaniotis, Professor of Ancient History and Classics in the Institute for Advanced Study at Princeton and a member of the Board of the Onassis Foundation’s affiliate organization in the US; Nikos Kaltsas, honorary director of the National Archaeological Museum; and Ioannis Mylonopoulos, assistant professor of Ancient Greek Art and Archaeology at Columbia University.

The exhibition will be displayed in a new tailor made setting, developed by the Acropolis Museum in collaboration with the architect, Eleni Spartsi. The general oversight of the updated display has been undertaken by the President of the Acropolis Museum himself, Professor Dimitris Pandermalis.