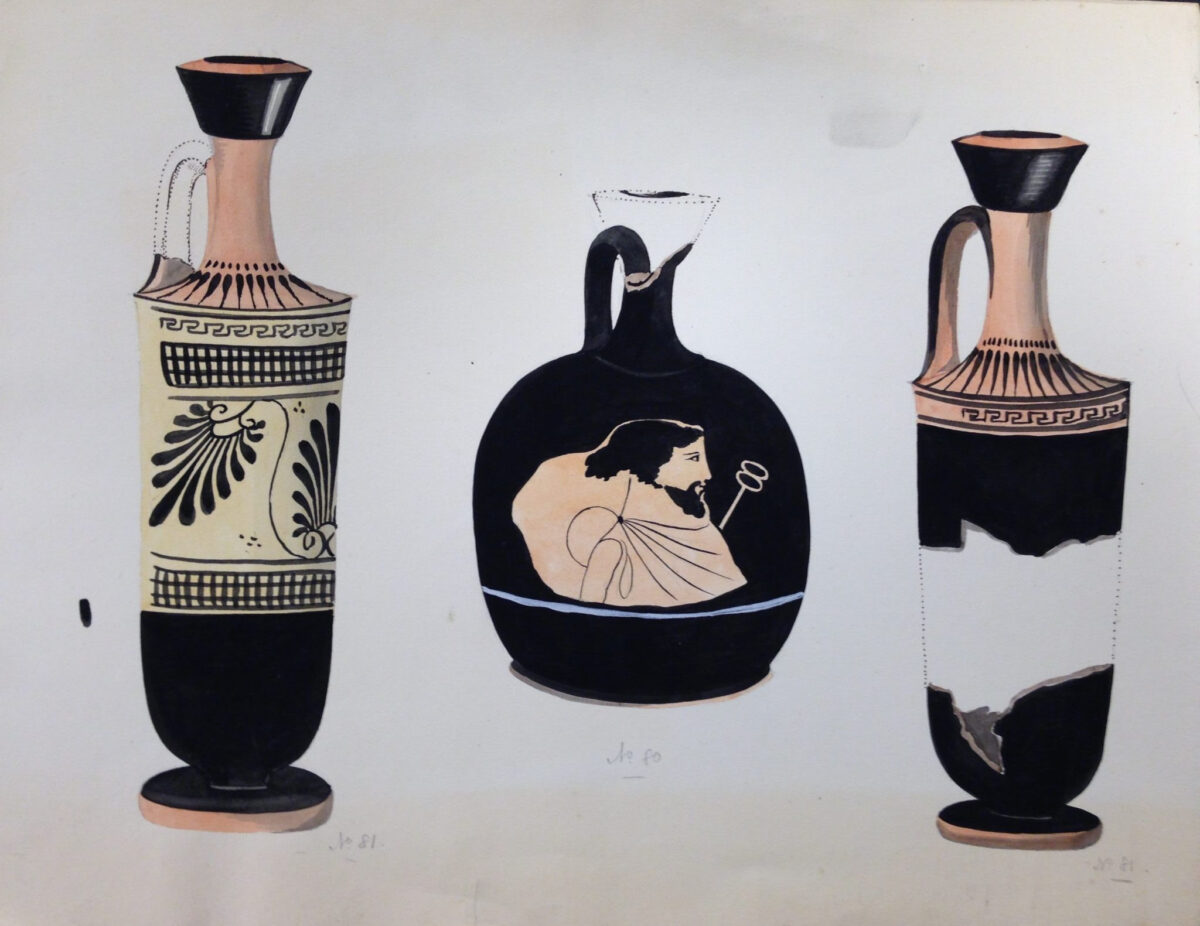 From Ottoman Smyrna to Georgian London

Thomas Burgon, a London born merchant, travelled, excavated and collected antiquities in the eastern Mediterranean in the tumultuous period c.1808-1830. For eight of those years he lived in Smyrna where he met and married the Smyrniote ‘Margoton’ de Cramer (1790-1854) and together they had six children. Following bankruptcy in 1842 he sold his important collection of small-scale antiquities (mostly coins and vases) to the British Museum. Drawing on hitherto unpublished archival material Dr Petsalis-Diomidis delves into the story of this family’s encounter with classical remains in Ottoman Greece, in the British-governed Ionian islands and thereafter in Georgian and early Victorian London. She focuses on the themes of materiality and sensory encounters with antiquity, both in the ‘Gothic’ unearthing of tombs in Athens (1813) and Ithaca (1814), and also in the convivial display, handling and drawing of antiquities in the Burgons’ house in Bloomsbury (1814-1842). Throughout she foregrounds marginalised perspectives, including those of women, children and local non-elite inhabitants. This granular approach offers new perspectives on British encounters with antiquity in the eastern Mediterranean in the early nineteenth-century, modifying the picture dominated by stories of the removal of monumental stone sculptures by aristocrats, towards the middling and small (in all senses) and demonstrating the kaleidoscopic complexity of identities, motivations and meanings attached to collected objects.

To participate in the event via Zoom, registration is required. Please click the following link to register: https://us06web.zoom.us/webinar/register/7816298185625/WN_VYfzXR89R2qpKuSkfAiqHQ