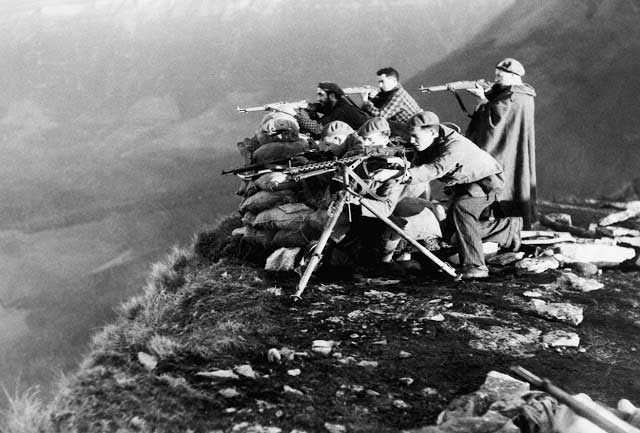 In August and September 1936, General Ioannis Metaxas and King George II declared it illegal for Greeks to intervene in the ongoing Spanish Civil War, including exporting and re-exporting weapons. Despite this, Metaxas permitted Bodosakis and the Greek Powder and Cartridge Company to ship and supply weapons on a large scale to Spain. The objective of this study is to examine Greek involvement in dealing weapons and ammunition to the Spanish Civil War, contending that Greece was not only one of the major foreign forces in the conflict, alongside Germany, Italy, and the Soviet Union but, unlike the aforementioned nations, was involved in the war out of economic opportunities as opposed to furthering the nations’ ideology.