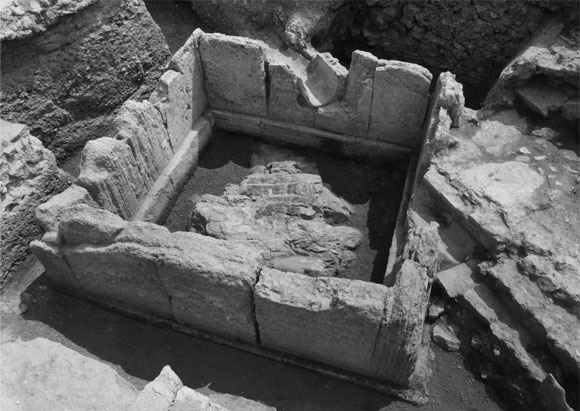 In this lecture designations like “cult of the rock” and “sacred rock” will be reviewed in context, together with the question of the function of the rock.
26 01 '16 10:50

“Greek rock sanctuaries” is the title of the next lecture in the context of the Aigeiros lecture series. The speaker will be Mirja Biehl from the University of Salzburg. Chryssanthi Papadopoulou (British School of Athens) will be commenting and discussing afterwards.

As Mirja Biehl explains in the abstract of her paper: “My research focuses on greek rock sanctuaries and rocks in a sacred and cultic context, specifically the sanctuaries on mainland Greeks and the islands, between the archaic and Hellenistic period. The aim of this work is to systematically analyze these cult places to get to know more about their characteristics: topography, features, practiced rituals, worshipped deities and the chronology of the sanctuary. Especially the chronological range of the sanctuaries is important in order to critically look at the common misconception in literature that perceives these sanctuaries as old and primitive. In addition to these questions I want to investigate the role and significance of the rock in the sacred context. The term “rock sanctuary” still lacks definition, therefore I want to show who or what was the real recipient of the cult: the deity or the rock? Designations like “cult of the rock” and “sacred rock” will be reviewed in context, together with the question of the function of the rock: Is it still legitimate to use those terms, even if the rock served just as a scenery? And can we speak of a cult in connection with the rock when actually there were deities worshipped, not the rock itself? The different roles of the rock itself within the cult have to be worked out – as a natural scenery or an object of worship. On the base of this analysis I want to make comparisons to other rock sanctuaries in Asia Minor and Italy as well as to other natural sites respectively nature in sacred context (for example sacred trees, springs, caves): To the characteristics show any differences or similarities and if so, what are the explanations for both?”