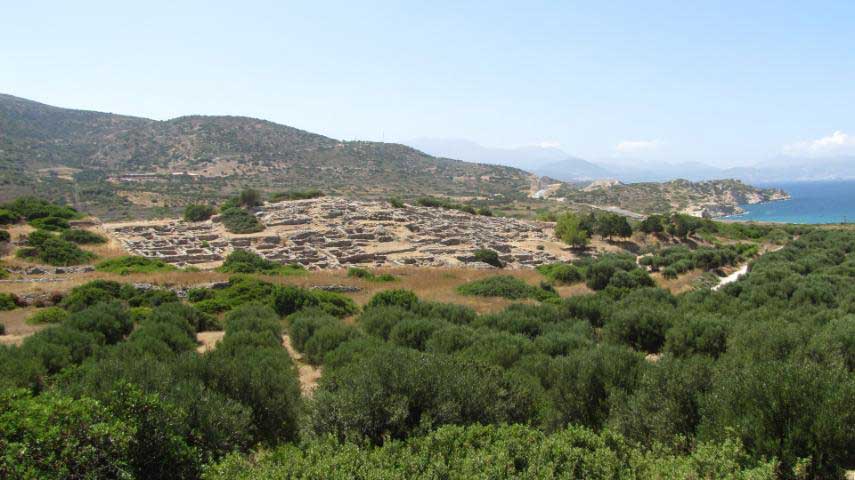 Guided Tour of the Gournia Excavations

Guided Tour of the Archaeological site of Gournia by L. Vance Watrous.

The archaeological site of Gournia sits on the north coast of the Isthmus of Ierapetra in East Crete. Possessing some 50 well-preserved houses, a system of cobbled streets, a central court, a Minoan palace, and cemetery, Gournia gives the visitor the best picture of what a Late Bronze Age (1500 B.C.) town looked like. Gournia was a regional production center of bronze tools and weapons, domestic objects, and pottery and stone vases, an active trade emporium with overseas connections to other parts of the Aegean and the Near East, and the palatial administrative center for the Mirabello region. Its harbor complex consists of a monumental shipshed, fortification walls with towers, a riverside dam, and a cobbled street running from the coast to Town.

Dug first during 1901–1904, the site is now under excavation again (2010–2014) by the University at Buffalo in New York, with participants from all over the United States, Canada, and Europe.

* The meeting point is the entrance to the archaeological site at Gournia.