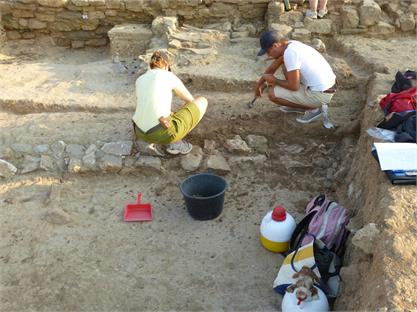 Living in a Greek Colony

“Living in a Greek Colony: Daily Life in Ancient Argilos”

For the last 20 years, Greek and Canadian archaeologists have been excavating one of the earliest Greek colonies on the northern coast of the Aegean Sea. Founded in 655/654 BC, Argilos rapidly became a flourishing city which benefited from its trading activities in the region. The excavations have revealed surprisingly well preserved houses and quantities of finds that help us understand the daily life of these early Greek colonists.

The Australian Archaeological Institute at Athens Professorial Research Fellow, Professor Jacques Perreault will be giving public lectures in Adelaide and Hobart as part of his current visit to Australia.