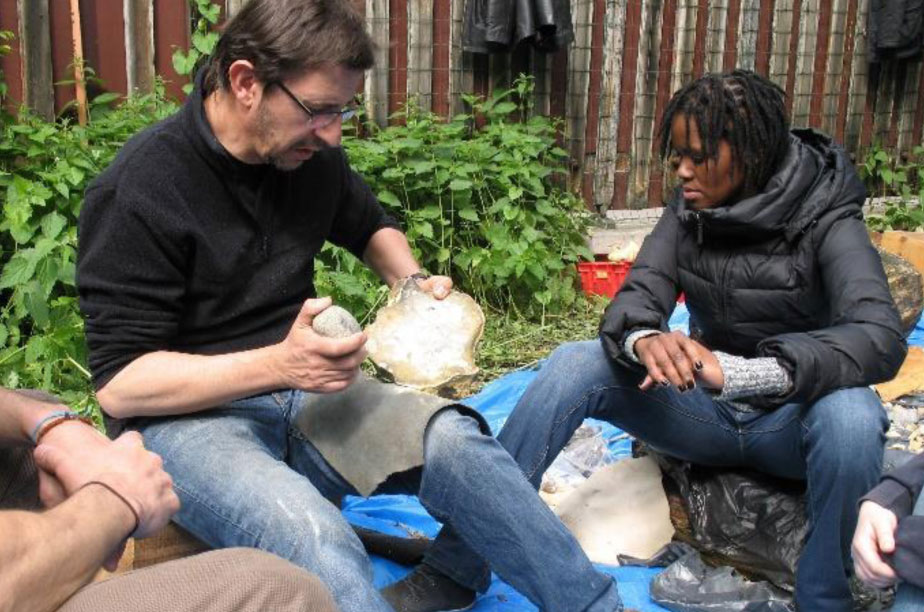 Javier Baena Preysler will present recent discoveries of the Lower and Middle Paleolithic in Madrid (Spain).
30 03 '16 12:26

The Lower and Middle Paleolithic in Madrid (Spain)

Professor Javier Baena Preysler (Autonomous University of Madrid) will address the topic “The Lower and Middle Paleolithic in Madrid (Spain): recent discoveries.” This will be the 5th lecture to be given in the framework of the Palaeolithic Seminar series.

The central region of the Iberian Peninsula is dominated by Mesozoic and Palaeogene sedimentary deposits in which geochemical processes provide a wide range of siliceous outcrops.

New investigations carried out over the last few years in the Madrid Tertiary Basin have revealed a large number of Mousterian and Acheulean sites used for the exploitation of flint. The find is significantly important because it adds context to the understanding of the intense human activity in the central parts of the Iberian Peninsula during the middle Pleistocene. The sites are spread across an extensive zone of thousands of hectares; Set on a vast platform on the watershed between the Manzanares and Jarama rivers, with particular “economic” relations with the activities developed in the river terraces.

Since the second half of the Middle Pleistocene the seasonal flows of streams eroded the Miocene clays, leaving large numbers of flint nodules visible to the hominids. Investigations show a sustained period of active quarrying, with much of the liberated material converted into different reduction schemas depending of the studied period.

Diachronical changes in the catchment strategies along the Middle to Upper Pleistocene were documented in the area and some preliminary results are presented, as a trace of the changes produce into the human communities during this period of time.

Thus, this approach, take into account a diachronically analysis of the Chaines operatoires, in Acheulian and particularly in Mousterian sites. The segmentation or the integrity of those Chaines are a key aspect to understand the general organization of activities of this human groups. As a preliminary hypothesis, the presence of differences inside those context and the existence of recycling or re-use inside the abundance, could be explain in terms of social or economic reasons. The changes produce during the Lower and middle Paleolithic introduce important changes in social participation in the flint knapping activities and strategies that could contribute to explain its presence.

Organisers: Georgia Kourtessi-Philippakis, National and Kapodistrian University of Athens Νena Galanidou, University of Crete. This lecture is co-organized with the École française d’Athènes.