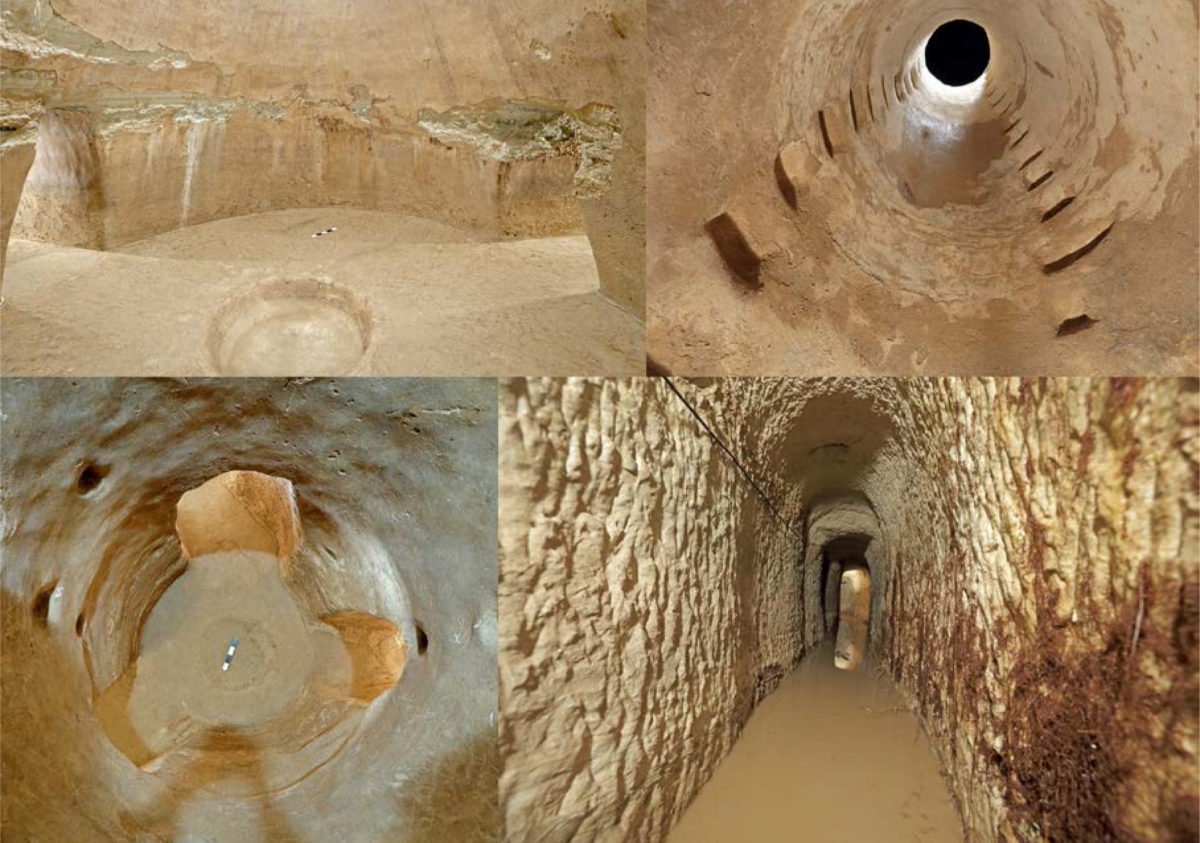 Website
The Ephorate of Antiquities of Piraeus and the Islands has been supervising the project of Athens Metro "Extension of Line 3: Haidari-Piraeus part” since 2012. Underground structures for water supply of public and domestic buildings were revealed over time in the majority of rescue excavations that uncovered parts of the urban grid of ancient Piraeus.
31 05 '19 10:27

“Meeting the water needs in ancient Piraeus excavation and interdisciplinary research during the extension of the Metropolitan Railway” is the title of the lecture due to be given by: Panagiotis Koutis, Archaeologist; Giorgos Peppas, Archaeologist; Emilio Bendermacher-Geroussis, Architect engineer, at the Swedish Institute at Athens.

The Ephorate of Antiquities of Piraeus and the Islands has been supervising the project
of Athens Metro “Extension of Line 3: Haidari-Piraeus part” since 2012. Underground
structures for water supply of public and domestic buildings were revealed over time in
the majority of rescue excavations that uncovered parts of the urban grid of ancient
Piraeus. Bibliographic study and survey of archived material traced 350 excavated sites
containing more than 720 cisterns, wells and tunnels.

Eight excavations under the Athens Metro project inside Piraeus has so far
revealed 130 of these structures. Through multidisciplinary collaborations a set of
hydrological and archaeological data is being studied, aiming to connect the
development and management of the aforementioned constructions through time, with
concurrent changes in residential development and water needs, and, also, the
improvement of techniques and construction materials. A specific site, at P. Bakogianni
Square, excavated for the construction of the entrance of “Municipal Theater” Station,
can work as a reference and example for reconstructing and presenting features in the
virtual environment.

Much of the data collected comes from the interior of underground water
constructions which, after the destruction 86 BC by Sulla, functioned as spaces for
disposal. By deploying these enclosed contexts as data capsules, our research attempts
to reconnect humans with the objects they used, placing them both in their historically
defined social context.

The Roman aqueduct of the city of Piraeus is already known from excavations
during the 1990s. In the case of the Metro project, 95 meters of its central tunnel –
conduit was discovered. The selective integration of elements of the earliest water
system, a choice that can be linked with technical parameters of its construction, as well
as wider transformation processes of the urban landscape, is a special element related
to this aqueduct.

The aqueduct covered the increased needs for water during the Roman period.
Records of previous excavations can offer us indications for the water supply and its
use inside Piraeus. The source of the water supply and the end of the aqueduct have
long been a research subject. Unlike the aqueduct of Athens, that of Piraeus was
abandoned in the late Roman period. The causes and conditions of these different
trajectories are related to broader historical and social developments.