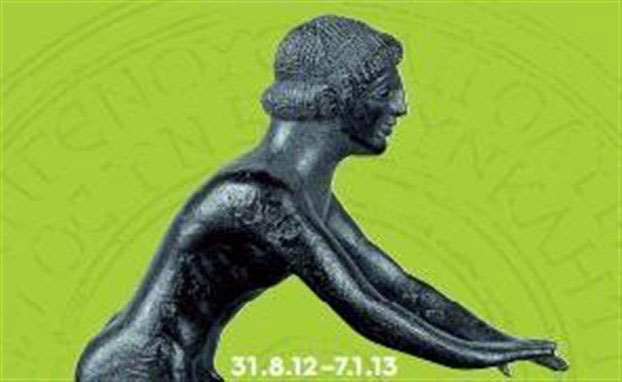 The exhibition “Olympia: Myth – Cult – Games” is an initiative of the Greek Cultural Foundation, Berlin, the official agency of the Greek Ministry of Culture. Patrons:
Karolos Papoulias, President of the Hellenic Republic Joachim Gauck, President of the Federal Republic of Germany. Organizers: Berliner Festspiele. Partners: the German Archaeological Institute and the Martin-Gropius-Bau, Berlin. Partners of the Greek Cultural Foundation, Berlin, are: the National Archaeological Museum, Athens; the Archaeological Museum, Olympia; the Numismatic Museum, Athens; and the Antiquities Collection of the Berlin State Museums. The exhibition has been facilitated by the Berlin Capital Cultural Fund, promoted by the Cultural Fund of the German Savings Banks and Giro Association, and supported by the John S. Latsis Public Benefit Foundation, Athens, and the A.G. Leventis Foundation.

This magnificent exhibition is devoted to the ancient Olympia shrine and its cult and to the contests held there that are revived every four years in the modern Olympic Games.

Over 500 valuable loans from Greece will be on display. Important loans from the Vatican, Paris, Rome, Dresden and Munich will supplement the grand panorama.