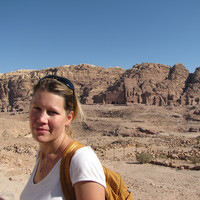 Oracle Collections as Sources of Revelation

Dr. Hanna Tervanotko (Department of Biblical Studies, University of Helsinki) will address the topic “Oracle Collections as Sources of Revelation: Tracing the Specialists of Interpretation in Ancient Greek and Jewish Contexts”.

Who were the specialists who engaged in revelatory activities and provided divine will from written Jewish-prophetic texts in the Second Temple era, after new prophets had ceased to appear? This presentation aims at shedding some new light on how already existing prophetic texts became instruments to inquire divine will and thus, loci of revelation by comparing the early interpreters of the Jewish and Greek texts with each other.

Ancient Jewish literature refers to the already collected oracles (e.g., Dan 9:2; 2 Chr 26:22). Moreover, the pesharim of the Dead Sea Scrolls preserve even more concrete witness to the use of the oracles. They suggest that the already existing prophetic collections were interpreted in contemporary situations.

Significantly, ancient Greek literature refers to various figures who interpreted existing texts: Herodotus, Thucydides, and Aristophanes talk about chresmologues, who recited and interpreted the existing oracles that were sometimes attributed to the mythical figures of the past, e.g., Orpheus, Bacis, and Musaeus. Texts also refer to exēgētēs, whose role was somewhat similar, but who specialized in interpreting sacred law (E.g., Pl. Eutyph. 4c).

After analyzing the Jewish and Greek texts that refer individuals who offer new revelation of the already existing texts, I will analyze to what extent the two corpora correlate and disagree with each other. I will particularly ask whether the Greek texts can help us to build a more comprehensive image of the early Jewish interpreters. Finally, I will draw conclusions on the use of text as source of revelation in the ancient Eastern Mediterranean context.

The event is presented by the Norwegian Institute at Athens.