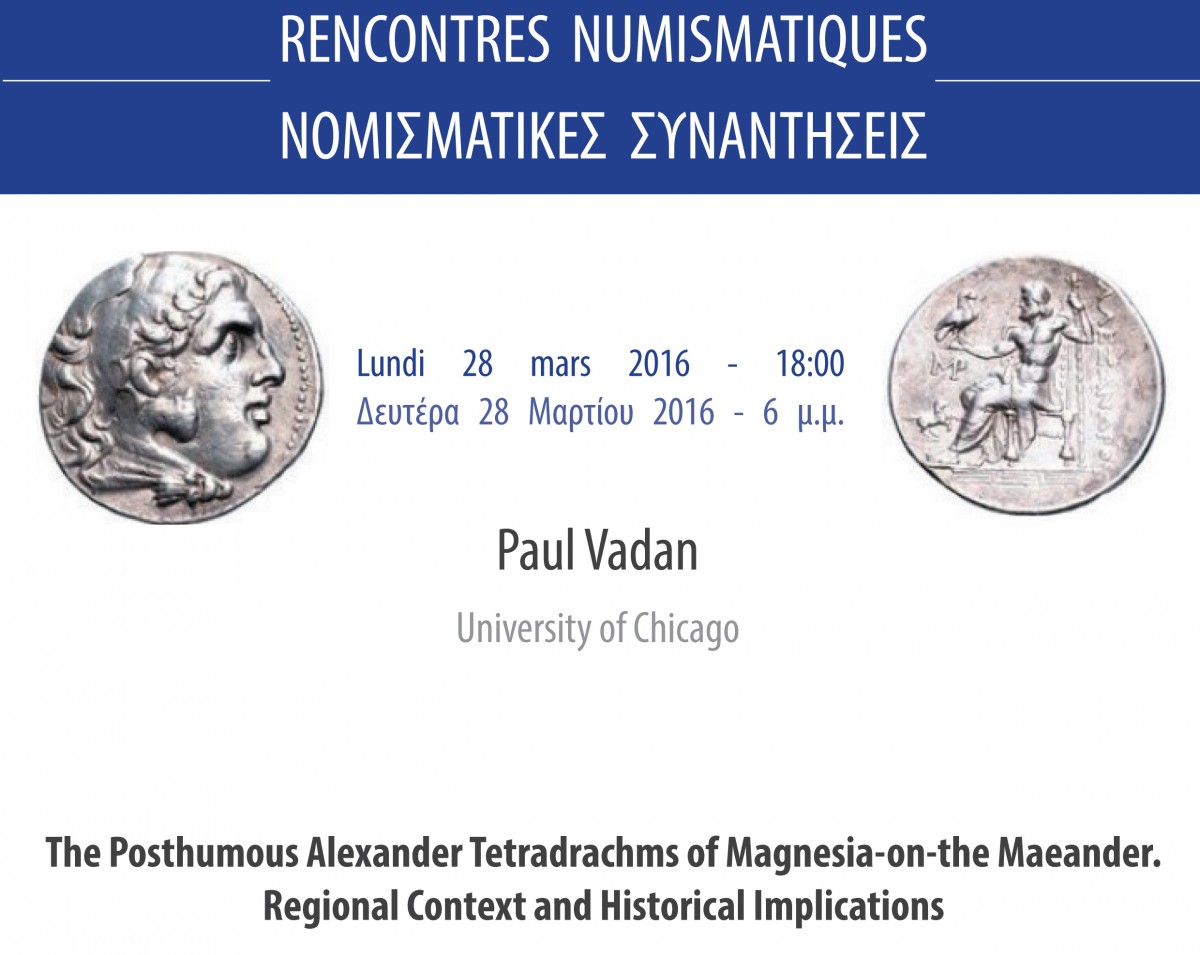 Paul Vadan (University of Chicago) will give a lecture on “The Posthumous Alexander Tetradrachms of Magnesia-on-the-Maeander. Regional Context and Historical Implications”, in the framework of the Numismatic Seminar series. Paul will present the results of his die study, undertaken at the 2013 Summer Seminar of the ANS and which will be published in a forthcoming volume of the AJN.

This die study fills a gap in our numismatic knowledge, from the coinage of Lysimachos to the wreathed issues of the 160’s BC. It calls into question the attribution of Seleukid issues to Magnesia, while drawing attention to the city’s unique minting patterns. In the context of a war-torn Asia Minor, the study also looks at what the circulation of Magnesia’s tetradrachms can tell us about the economic and political transformations in the Hellenistic world.