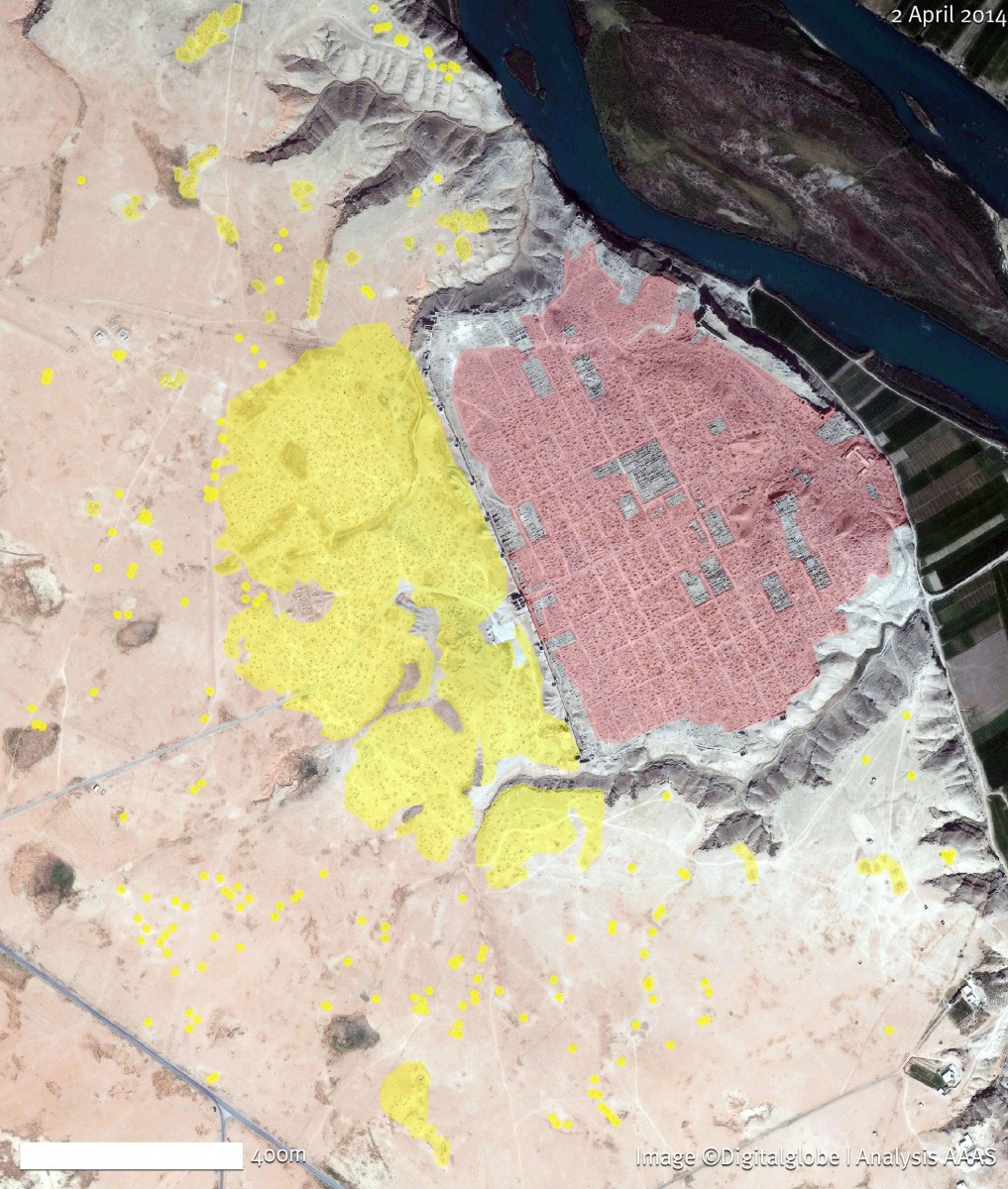 e-mail.: [email protected]
Website
In a 2 April 2014 image, looting on a massive scale is visible at Dura-Europos, with high-density looting (red) visible in the vast majority of the site enclosed by the ancient city wall. In the archaeological areas beyond the wall, highlighted in yellow, the pits are less dense, but similarly extensive. Coordinates: 34.74 N, 40.73 E. Image ©DigitalGlobe | U.S. Department of State, NextView License | Analysis AAAS.
05 08 '16 13:00

There’s a revolution happening today in the way we value, discover, and imagine the past. On the negative side, ancient sites by the thousands—not only in the Middle East but all over the world—are being bulldozed, looted, vandalized, or blown up or merely vandalized. Feature films, bestsellers and specialized cable documentaries hopelessly muddle archaeological fiction and fact. Yet on the positive side, advanced satellite imagery and LIDAR sensors are uncovering complex civilizations in deserts and jungles where none were assumed ever to exist. Virtual reality environments and 3d digital reconstructions are now used both for scientific documentation and immersive museum experiences. And the sheer social reach of Facebook, Twitter, and research-by-crowdsourcing is offering archaeologists unprecedented opportunities to engage the general public in their work. This illustrated lecture will highlight some recent discoveries and ongoing controversies in the Americas, Europe, and Asia that exemplify the dramatic new directions that archaeology is taking in our globalized, internet age.